Sure, I’ll write about growing up conservative

Sure, I’ll write about growing up conservative July 19, 2016 Justin Tse

This is the first post in a blog series tentatively titled (pending a better title) ‘Growing Up Conservative,’ written in response to Sam Rocha’s call for those of us who have taken a critical stance toward conservative ideology to write about our process of literally growing up and out of it ‘in as clear-eyed and even-toned prose’ as we can. The next posts, for those who can stand my narcissism, are:

PART 2: ‘I thought “conservative” just meant “solid” and “dependable.”‘
PART 3: ‘Catholic school contorted my “conservatism” because we had to read closely’

Although I will be teaching a course on ‘Comparative Minority Conservatisms’ at Northwestern University in the fall quarter, my posts here will unfortunately not be able to cover the intellectual depth and breadth of the ‘conservative tradition.’ This is a personal reflection and can only take into account the influences that actually were influential as I was growing up. Any more than that, and I will have to send this all out to a peer-reviewed journal, which would be a shame, because I am sure it would be rejected.

Sam Rocha has recently challenged some of us on the blogosphere to write about how we grew up ‘conservative’ but have put the ideology behind us (at least as far as we consciously know). He has begun his task of disclosing the ‘process of rejecting the right-wing politics that slowly evolved out of the mostly apolitical (and very social justice oriented) Charismatic Renewal movement in the US and Latin American Catholic Church.’ Although I did not grow up Catholic, his exhortation extends to me:

I hope that those of you writing at various Catholic outlets (and perhaps others, too; forgive my rather papist-toned note here my dear non-Catholic friends!) will perhaps consider sharing your stories in as clear-eyed and even-toned prose as you can. I think that right now many people think they are seeing something very new when in fact it is only *new* in the subjective impression of their own conscience. As I found in my time, there were many people who had come through a similar awakening in their own time.

As much as this might coincide with the debacle of the Republican National Convention happening right now, Sam is pointing to a much longer trajectory; after all, he did say as far back as 2011 that Donald Drumpf is ‘the president that we deserve.’ Certainly, there are other things going on right now to make this an opportune time to reflect on the conservatism of our childhoods and our critical stances toward ideology in our adulthood, not least of which is the fact that Black Lives Matter. But whether it is a sign of the times or the fact that the medium of the weblog pulls us toward public personal reflection (remember xanga?), I am responding to Sam’s call to share my story. In fact, I ended up writing way too much for one post, so I’ll have to break this up into several parts. I apologize for my narcissism in advance.

Even though I am now Eastern Catholic, the conservatism of my childhood (I must clarify) came partly out of the evangelical student movements and charismatic renewals that began in early twentieth-century Republican China and blew their way after the Chinese Communist Revolution into the diaspora as Chinese evangelical churches were established in North American cities. You could say that this is the story of how I grew out of a conservative ideology, only to have returned to research and teach it critically. In terms of current political registration, I am neither a Republican in the United States nor a Conservative Party member in Canada (I go between both countries, which is why I oppose Drumpf and Walker’s ideas to build a wall). However, I do feel like I have something to say about growing up ‘conservative’ and then shaking off that word because it no longer described both the way I was raised and the person I had become as an adult. I especially feel the need to say something because my scholarly work has dealt with a lot of conservatives, so much so that the first class that I will teach as incoming Visiting Assistant Professor of Asian American Studies at Northwestern University is on ‘Comparative Minority Conservatisms.’ Maybe it is even necessary for me because I’m teaching that class to say something about my personal position in relation to conservative ideologies. Or perhaps it is not. Either way, I am saying something.

We were conservative because we had something to conserve. It is this ‘something’ that I’m going to try to talk through in my next post. I must prepare those of you who are conservative for philosophical reasons or have some familiarity with the ‘conservative tradition’ for a bit of disappointment, as I will not be addressing the great thinkers and writers in this trajectory in these posts; however, I assure you that they will be covered in my class and in academic writing still going through the pipeline. You may even conclude that I was never a big-‘C’ Conservative to begin with, and I would not begrudge you this conclusion. Regardless of whether you care about my ideological formation, I also realize that for all my readers, this is a bit of a sudden cliffhanger after a big start, but if I start on it now, we will be here for much too long. I invite you to come back tomorrow morning for more, but only if you so desire, with coffee. 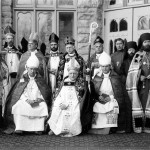 January 11, 2016
Orthodox Wars over Catholic Canterbury for the Anglican Primates
Next Post 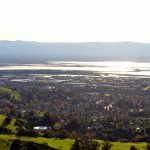 July 20, 2016 I thought ‘conservative’ just meant ‘solid’ and ‘dependable’
Recent Comments
0 | Leave a Comment
"I can't believe you would consider the theological lightweight Kilby as a proper critique of ..."
antoniodec Fiat mihi secundum verbum tuum: on ..."
""Milbank criticizes Balthasar for being apolitical in his aesthetic reflections, and I can see how ..."
antoniodec Reading Sobrino on Óscar Romero and ..."
"the word is receptive, which has nothing passive about it but could be the most ..."
antoniodec Fiat mihi secundum verbum tuum: on ..."
"One can never "go home," not in this life."
billwald I’ve found my way home: on ..."
Browse Our Archives
get the latest from
Eastern Catholic Person
Sign up for our newsletter
POPULAR AT PATHEOS Catholic
1