Patheos Explore the world's faith through different perspectives on religion and spirituality! Patheos has the views of the prevalent religions and spiritualities of the world.
This is the second post in a blog series tentatively titled (pending a better title) ‘Growing Up Conservative,’ written in response to Sam Rocha’s call for those of us who have taken a critical stance toward conservative ideology to write about our process of literally growing up and out of it ‘in as clear-eyed and even-toned prose’ as we can. Other posts are here:

PART 1: ‘Sure, I’ll write about growing up conservative’
PART 3: ‘Catholic school contorted my “conservatism” because we had to read closely’

Although I will be teaching a course on ‘Comparative Minority Conservatisms’ at Northwestern University in the fall quarter, my posts here will unfortunately not be able to cover the intellectual depth and breadth of the ‘conservative tradition.’ This is a personal reflection and can only take into account the influences that actually were influential as I was growing up. Any more than that, and I will have to send this all out to a peer-reviewed journal, which would be a shame, because I am sure it would be rejected.

I grew up ‘conservative’ in Fremont, California. Of course, living in Fremont did not mean that I was predisposed to conservatism. As Diana Eck never ceases to point out in her Pluralism Project at Harvard, growing up in Fremont meant that I was supposed to have had exposure to a variety of evangelicalisms, fundamentalisms, Catholicisms, Pentecostalisms, Buddhisms, Hinduisms, and Islams, and truth be told, I did.

The fact that I grew up conservative thus probably means that conservatism has little to do with exposure to other ideologies and identities. Our family’s conservatism, as I said yesterday, meant that we had something to conserve. In a world of many ideologies and identities, we had a reality that we could depend on. What it meant to be conservative was to keep on depending on that reality. It was not a political ideology, at least explicitly; if anything, it was an apolitical way of life.

At least this is how my dad used the term. I remember him using this word ‘conservative’ on a drive home from church, and I asked him what it meant. He said: ‘It means that I’m solid.’

To be a ‘solid conservative’ meant that we could be depended upon to do our jobs well. At the time, my dad was a bivocational pastor and civil engineer; because he worked the pastor job for free, he was really a civil engineer above everything else. He used to tell stories about how the other engineering firms in the San Francisco Bay Area would take risks on landslides and soil composition just to earn an extra contract or two. As the vice president of his company, my dad would rather pass up a contract worth millions than to endanger the lives and property of people who would have to live in the developments he built if they could not do it safely. If the ‘factor of safety’ wasn’t high enough, my dad simply wouldn’t do the project. What this meant was that being ‘conservative,’ as Mrs Drumpf recently plagiarized from Mrs Obama, was ‘that your word is your bond and that you keep your promise/do what you say you’re going to do; that you treat people with respect.’

If ‘conservative’ just meant ‘dependability,’ then that meant that we weren’t closed off in our own reality. Instead, we constantly complained about undependable, incompetent people who permeated our lives. We had lots of church friends who would make promises to us but wouldn’t keep them, and my dad had colleagues who had good hearts but really couldn’t do their jobs well. Undependable, incompetent people were all around us: in our churches, in our schools, in our workplaces, at the insurance and credit card companies my mom was always calling because they billed us wrong. What made our family ‘conservative,’ as opposed to ‘undependable,’ was that you could depend on us. You could depend on my dad to build your suburban development without it sinking into the ground ten years later; in fact, this is what earned my dad the title ‘the Slope King’ in the Bay Area. You could also depend on my dad to preach exactly what the Bible said, which is what earned him the admiration of his professors at the liberal Baptist seminary he attended in Berkeley – they called him a ‘biblical theologian,’ which was a compliment from them because they were comparing him to the postliberal exegete Hans Frei, not Jerry Falwell. When a sex scandal happened at our Chinese church, my dad shouldered the blame for the entire pastoral staff (which was full of incompetent people) and literally saved the church from collapsing. To be ‘conservative’ meant that sometimes you have to sacrifice yourself for the team in order to keep the ship from sinking; after all, people are depending on you.

I did not learn the word ‘liberal’ until much later because I learned about this difference between dependability and undependability first. When I did learn about ‘liberalism,’ it was initially as a description of people who lived their lives in undependable ways. Not all undependable people were liberal, but all liberals (I gathered at this time) were undependable. For example, we thought that Bill Clinton was undependable because he had an ‘affair’ with Monica Lewinsky, among others (it also took me a long time to learn that an ‘affair’ was not a business transaction, at least not entirely). People said that Clinton was a liberal, and that made sense to me because it seemed like he really couldn’t keep it together and therefore you could not depend on him to get the job done. When I was eleven, I even wrote to my local House Representative, the Honorable Pete Stark (a Democrat), to express such sentiments. He wrote back saying that someone’s personal life doesn’t have anything to do with their skills as a president. I remember laughing at the letter because, of course, if you can’t keep it together privately, how can people depend on you for things that are really important?

It was my dad who corrected me around this time. His correction didn’t have to do with the Clinton affair, as I think I might have said something about my youth group being too liberal because we sang praise-and-worship music. Of course, ‘praise-and-worship music’ was ‘liberal’ because the songs weren’t as solid as the old hymns. I’m sure this will sound strange to some people, but my point is that by the time I was an early teen, I had learned to scoff at liberals, probably because other conservative kids’ parents scoffed at people they thought were ‘liberals,’ so I just picked it up. But my dad told me that this didn’t do liberals justice. I suspect this has to something to do with him going to a liberal Baptist seminary in Berkeley. Maybe it also had to do with the fact that some people at his engineering firm lived ‘wild lifestyles’ (as ‘undependable’ liberals do), but despite being vice president in charge of human resources, he just treated them as his friends and made coffee for them when they had hangovers. He also told me that just because we were ‘conservative’ didn’t mean that liberals sometimes didn’t have a point.

Besides, he pointed out, ‘liberal just means “open-minded,”’ and he said it like it was a good thing to be. We were ‘liberal’ too, we reasoned, because we were open-minded to lots of things that other people weren’t: the charismatic movement (as opposed to rejecting the movement of the Spirit), American diners (as opposed to eating only Chinese [Cantonese] food), and Focus on the Family (which was an organization that talked about sex like it actually happened and psychology as if it were actually a thing). It was therefore also perfectly plausible to be ‘liberal’ and ‘conservative’ at the same time because being open-minded and dependable wasn’t a zero-sum game. Maybe we could also mix our ideologies this way because we were Chinese American, which meant that we could label everyone in our community who was closed-minded with the word Chinese instead of conservative – which means that I also had all kinds of issues with racial self-hatred growing up, which in turn means that it is truly funny that I will now be teaching Asian American studies at Northwestern University (which is all a story for another day). But the point is that we as a family came to think that people who described ‘liberal’ and ‘conservative’ as opposites were stupid and ignorant because both seemed like good things to be. Maybe this was not how your family thought of things, but this is my story, not yours.

Then my parents did a very liberal thing: they sent me to a Catholic high school. The ‘Christian school’ (meaning: the Protestant one) was too ‘narrow,’ they thought. Catholicism, of course, was ‘liberal’ because we were Protestant Christians who stood on the solid rock of the Bible, the Word of God, which was more dependable than the floozy teaching of man’s word (which we thought Catholics taught when they talked about ‘Tradition’ and ‘the Church’). Still, we reasoned, it would be good to get a more open-minded education because that would also be more ‘solid.’

Tomorrow, I’ll talk about how a ‘solid education’ at the Catholic school contorted my conservative ideology and accidentally made a feminist, if not a womanist, out of me. 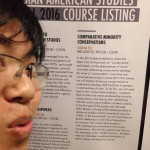 July 19, 2016
Sure, I’ll write about growing up conservative
Next Post 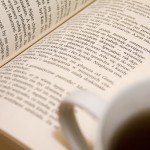 July 21, 2016 Catholic school contorted my ‘conservatism’ because we had to read closely
Recent Comments
0 | Leave a Comment
"I can't believe you would consider the theological lightweight Kilby as a proper critique of ..."
antoniodec Fiat mihi secundum verbum tuum: on ..."
""Milbank criticizes Balthasar for being apolitical in his aesthetic reflections, and I can see how ..."
antoniodec Reading Sobrino on Óscar Romero and ..."
"the word is receptive, which has nothing passive about it but could be the most ..."
antoniodec Fiat mihi secundum verbum tuum: on ..."
"One can never "go home," not in this life."
billwald I’ve found my way home: on ..."
Browse Our Archives
Related posts from Eastern Catholic Person 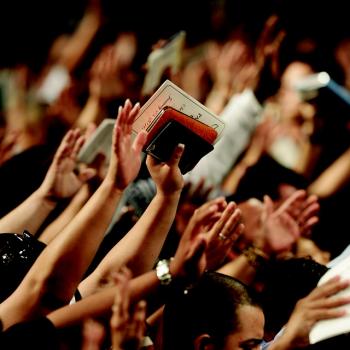