Theology is born when the arbitrary judgment of reason encounters a limit, in that we discover something which we have not excogitated ourselves but which has been revealed to us.
–Joseph Cardinal Ratzinger, On Conscience

I am going on a one week holiday starting today at 2 pm. I’ll be prepping for my Summer 2B course and working on the new PES website, but these projects will help me enjoy myself and not feel relaxation anxiety. I may also try to pen a retrospective of sorts, recalling my own political journey to wherever it is that I am now politically.

I especially want to disclose my process of rejecting the right-wing politics that slowly evolved out of the mostly apolitical (and very social justice oriented) Charismatic Renewal movement in the US and Latin American Catholic Church. This is important for me in order to show that many of those going through a similar process of evolution–and also those trying to defend what remains of that position–are experiencing.

It is something that is common to a particular form of life in American Catholicism and beyond. We might as well tell and share our experiences in as honest and unvarnished and dispassionate a light as we can. 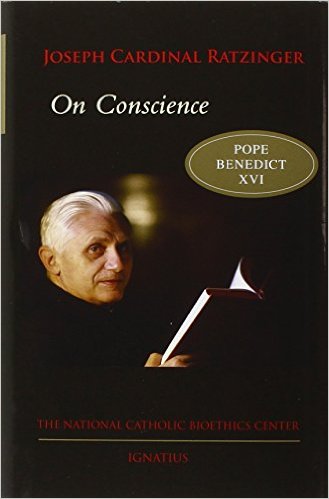 I must also say that the Catholic teaching on the formation of conscience is crucial to this story (the best source on this is Benedict XVI’s short book, On Conscience). I have seen many good and righteous people, far holier and pious and devout than I will ever be, poison their political intuitions slowly by forming their conscience with an exclusive and toxic mix of American niche news and commentary, with a broadly self-affirming spirit and ideology. What may have once been a nonessential pastime of political citizenship and intellectual entertainment, has now turned them against their own Church in the figure of Francis and all that seems counter to the narrative that has shaped and formed them.

Conspiracy has replaced debate and healthy skepticism. They now lack the resources to even dialogue in good faith, using direct and clear claims, not because they themselves are lacking in anything good or true, but because they have allowed their conscience to be polluted from the outside, which is pickling them, as a result, from the inside. This will not reverse itself without an equal force of conscience formation which, I hope, I can address not by argument or Jeremiad but by sharing my own story and submitting it to scrutiny and critique. Perhaps I too will change as a result.

I hope that those of you writing at various Catholic outlets (and perhaps others, too; forgive my rather papist-toned note here my dear non-Catholic friends!) will perhaps consider sharing your stories in as clear-eyed and even-toned prose as you can. I think that right now many people think they are seeing something very new when in fact it is only *new* in the subjective impression of their own conscience. As I found in my time, there were many people who had come through a similar awakening in their own time.

Testifying together from each one’s own subjective position may force a different conversation that, in turn, might allow for the reformation of conscience and a turning to something more faithful to what is real. This reminds me that my holiday should also find time to read Scripture and pray, which I pray in turn that those of you who pray will commit to your own prayers.

If you want to read more about leaving the right-wing of American Catholicism, then see Why Be So Harsh on George Weigel? Because of What Weigel Said.

Sam Rocha is assistant professor of philosophy of education at the University of British Columbia and editor of Patheos Catholic. He is most recently the author Folk Phenomenology: Education, Study, and the Human Person and has also released three albums of music. 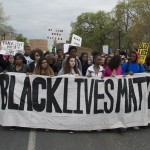 July 14, 2016
The Powerful Catholic Case for a Preferential Option for Black Lives Matter
Next Post 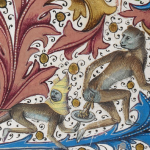 July 19, 2016 Analyzing Steve Skojec's Poop Slinging at the Pope: A Running Commentary
Recent Comments
0 | Leave a Comment
"So you in fact did not vote for the lesser of two evils but instead ..."
gethoht Hunter S. Thompson’s Fear and Loathing ..."
"Wait a minute, what am I missing? The host must contain some gluten, lest it ..."
RPlavo . The Surprising Anti-Capitalist Logic Behind the ..."
"Gluten intolerance is completely -- and I mean completely -- different from celiac disease. Many ..."
Bobby Lawndale The Surprising Anti-Capitalist Logic Behind the ..."
"Read Bruno's comment: #2 below your ranting comment."
Adrienne Szatkowski Michael Voris’s Stunning and Admirable Broken-Hearted ..."
Browse Our Archives
Related posts from Cosmos The In Lost