I’m not an expert on the gluten-free host micro-debates. I’ve been trying my hardest to stay out of flame wars until now. What got me was the typically Catholic anti-capitalist logic (in the most positive sense) behind the continuation of present practice. Even the Washington Post is aware that it’s not a new ban, but a continuation:

The letter drew attention from media outlets around the globe, but it actually reaffirmed earlier guidelines saying that bread and wafers must have at least some gluten in them. The U.S. Conference of Catholic Bishops already has guidelines allowing churches to use low-gluten wafers and nothing will change in American Catholic churches, said Andrew Menke, executive director of the Secretariat of Divine Worship.

“Absolutely nothing has changed,” Menke said in a statement. “The ‘new guidance’ from the Vatican is simply a reminder to bishops that they need to be attentive to the bread and wine that is used for Mass, making sure that it’s consistent with the Church’s requirements.” 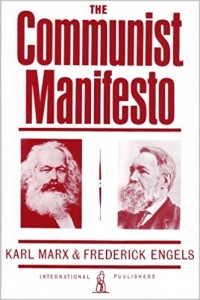 The immediate logic behind the continuation is that the host must remain bread, which means the gluten has to stay. The following is from the Letter to Bishops on the bread and wine for the Eucharist issued by the Congregation for Divine Worship and the Discipline of the Sacraments (prefect: Cardinal Sarah). This statement even has my Protestant friends talking, mostly without having read it:

In its Circular Letter to the Presidents of the Episcopal Conferences regarding legitimate variations in the use of bread with a small quantity of gluten and the use of mustum as Eucharistic matter (24 July 2003, Prot. N. 89/78 – 17498), the Congregation for the Doctrine of the Faith published the norms for the celebration of the Eucharist by persons who, for varying and grave reasons, cannot consume bread made in the usual manner nor wine fermented in the normal manner:

“Hosts that are completely gluten-free are invalid matter for the celebration of the Eucharist.  Low-gluten hosts (partially gluten-free) are valid matter, provided they contain a sufficient amount of gluten to obtain the confection of bread without the addition of foreign materials and without the use of procedures that would alter the nature of bread” (A. 1-2).

However, Christ remains fully present under both species, that is, wine too. The Vatican’s recent reiteration even makes provisions for those celiacs who might be alcoholics, or, former Methodists:

Mustum, which is grape juice that is either fresh or preserved by methods that suspend its fermentation without altering its nature (for example, freezing), is valid matter for the celebration of the Eucharist.

The Catholic Celiac Society notes that receiving solely wine, which is naturally gluten-free, has always been a valid option:

According to Catholic doctrine, the whole of Christ is contained in the Precious Blood alone. As such, the person who receives Communion this way is still receiving the whole sacrament. Since part of the rite of the Mass includes placing a small piece of bread into the wine, the person with celiac disease needs to arrange for a separate chalice into which no bread is put. The priest is required to do this, as each Catholic in good standing has a right to receive Communion. At churches where Communion is offered to the congregation under both species, this might not be a problem, as the chalices that are brought out to the congregation generally do not have bread in them. As this is not universal, each individual should become aware of the procedures in her own parish. 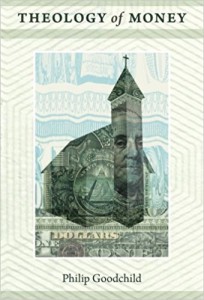 I could keep offering more historical background on the gluten-free host debate. For example, the passage above is succeeded by a paragraph marked by a kind of “hostolatry,” which ignores the fact that the main end of the Eucharistic celebration is receiving the full Christ and that can be accomplished using wine and grape juice. The whole history of why the preference for one species developed in the West is a whole story unto itself, which I might come back to.

Let’s circle back to the title topic. Two infamous German theologians manqué once spoke of capitalism as a universal acid against tradition, because it melts traditional relations into infinitely exchangeable, spiritual in the sense of being anti-matter, capital:

Constant revolutionising of production, uninterrupted disturbance of all social conditions, everlasting uncertainty and agitation distinguish the bourgeois epoch from all earlier ones. All fixed, fast-frozen relations, with their train of ancient and venerable prejudices and opinions, are swept away, all new-formed ones become antiquated before they can ossify. All that is solid melts into air, all that is holy is profaned, and man is at last compelled to face with sober senses his real conditions of life, and his relations with his kind.

The most fascinating thing to me about this particular gluten-free host controversy is that the logic against non-gluten hosts in Letter to Bishops on the bread and wine for the Eucharist is so similar to the above anti-capitalist sentiments:

Until recently it was certain religious communities who took care of baking the bread and making the wine for the celebration of the Eucharist.  Today, however, these materials are also sold in supermarkets and other stores and even over the internet.  In order to remove any doubt about the validity of the matter for the Eucharist, this Dicastery suggests that Ordinaries should give guidance in this regard by, for example, guaranteeing the Eucharistic matter through special certification.

You don’t have to swallow the whole system of Marx and Engels in The Communist Manifesto to acknowledge that not only does matter matter to the bishops, but also how it’s handled.

I think it was Philip Goodchild in the Theology of Money who said that the capitalist economy, with its exclusive focus on exchange and accumulation of abstract wealth, is much more spiritualistic than theology. On the other hand, theology rests upon a real presence within the sometimes uncomfortable material particularities of grape and wheat.

That’s what makes the Incarnation absolutely unique, and creation participates in that uniqueness.

If you’re interested in how capitalism has eroded traditional bonds then see: Chesterton: Capitalism Killed the Family

If you’d like to carry a little of this blog’s burden, then make a donation through the button on the upper right side of this page.

July 7, 2017
What is the Source of Our Culture of Euphemism and Political Correctness?
Next Post

July 12, 2017
Recent Comments
0 | Leave a Comment
"So you in fact did not vote for the lesser of two evils but instead ..."
gethoht Hunter S. Thompson’s Fear and Loathing ..."
"Wait a minute, what am I missing? The host must contain some gluten, lest it ..."
RPlavo . The Surprising Anti-Capitalist Logic Behind the ..."
"Gluten intolerance is completely -- and I mean completely -- different from celiac disease. Many ..."
Bobby Lawndale The Surprising Anti-Capitalist Logic Behind the ..."
"Read Bruno's comment: #2 below your ranting comment."
Adrienne Szatkowski Michael Voris’s Stunning and Admirable Broken-Hearted ..."
Browse Our Archives
Related posts from Cosmos The In Lost