Where Does the Body of Christ Go After the Ascension?

But what about us? Where does that leave us?

Jean-Luc Marion’s Prolegomena to Charity, his most accessible work, is where he unpacks some of the central paradoxes of Christianity.

Prolegomena to Charity argues that the disappearance of the Ascension paradoxically makes possible a hitherto unknown presence and intimacy with God. One step back for our perception, two steps forward in Christ’s shoes.

Note the mix of modern and ancient sources: 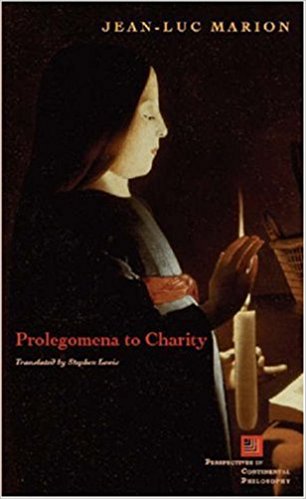 If Christ goes up to heaven in order to return from there, from this moment on the vision of John is realized: “I saw heaven opened” (Rev. 19:11). This means that with the opening of heaven, God himself opens a two-way passage, God himself opens himself with the withdrawal of Jesus: “There is no more closed heaven. Christ is in heaven, which implies that God is accessible to man” (Joseph Ratzinger, Eschatology: Death and Eternal Life). The Ascension does not signify the disappearance of Christ into the closed heavens, but the opening of heaven by a retreat that remains a mode of return. This paradox constitutes–ever since the beginning–the very mystery of Ascension: “It is therefore at this moment… that the Son of man was known more excellently and more righteously as the Son of God; for having withdrawn in the glory of the paternal majesty, he began, in an ineffable way, to be more present through his divinity, he who had become more distant by his humanity…. When I will have gone up to my Father, you will touch me more perfectly and more truly” (Leo the Great, Sermons, Sermo LXII). The withdrawal of Christ does not make him less present, but more present than his physical body permitted. Or rather, the new mode of his bodily presence (as the Eucharist) assures us in the very withdrawal of his former body, a more insistent presence.

Thus, the Eucharist leads to our deification, which both manifests and obscures (in ways besides sin) the Father: 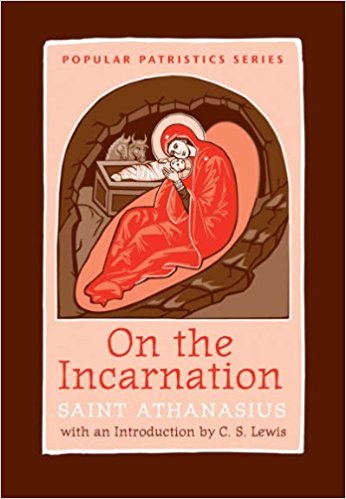 . . . the withdrawal of the Ascension makes the disciples come unto a perfect, though, paradoxical presence in Christ.  Paradoxically for this presence no longer admits any sensible support and, for outside observers, reduces to pure and simple absence.  Perfect, precisely because this presence no longer consists in seeing another, even the Christ, loving, dying and returning to life, but oneself, like him, in him, according to him, actually loving, dying, and returning to life.  Presence: not to find oneself in the presence of Christ, but to become present to him (to declare oneself present, available) in order to receive from him the present (the gift) of the Spirit who makes us, here and now (in the present), bless him like he blesses the Father–until and in order that he return.  The highest presence of Christ lies in the Spirit’s action of making us, with him and in him, bless the Father.

The Athanasian dictum that Son of God became man, so that man might become God is something to remember on Ascension as it leans toward that most material of feasts, Corpus Christi. In saying this Jean-Luc Marion isn’t saying anything different than the Tradition. Phenomenology, like all of philosophy, is about tearing away old opinions with new language that manifests the living fountains gushing out of the old.

The unique contribution of phenomenology–this is something I learned indirectly from Anne M. Carpenter’s (see: her Patheos blog) Theo-Poetics: Hans Urs von Balthasar and the Risk of Art and Being–is that it recapitulates and magnifies the importance of the subjective pole of human experience in ways that were present in nuce in the objectively-oriented Scholastic tradition, but forgotten in modernity’s appropriation of it.

Going back to the Eucharistic site of Ascension, we should also recall Karl Rahner’s words from the Investigations:

The Ascension is a festival of the future of the world. The flesh is redeemed and glorified, for The Lord has risen for ever. We Christians are, therefore, the most sublime of materialists.

The answer to the title question is therefore, “right here.”

The shock of this realization might be due to the loss of the ancient tradition of understanding the Christian call as a call to become other Christs (alter Christi).

The materialist points made by Rahner and Marion also have some interesting implications for a reading of the Book of Revelation, which posits the afterlife as being one where there is a New Heaven and a New Earth (same, yet different), and where the saints reside in a New Jerusalem. There is a continuity there with the present world, which is thereby affirmed not superseded.

If anything the whole  visible sublunar world, not just Christ, not just us, takes that invisible elevator ride too.

For more on Marion, this time in a more phenomenological mode, see:  Jean-Luc Marion: Does Silencing Love Mean Philosophy is a Misnomer?, but also our recent interview with him where he argues you should be Catholic because it’s (serious) fun.

May 26, 2017
Why Does the World's Leading Philosopher Remain a Catholic?
Next Post

May 29, 2017 How is Classical Philosophy is Like War?
Recent Comments
0 | Leave a Comment
"So you in fact did not vote for the lesser of two evils but instead ..."
gethoht Hunter S. Thompson’s Fear and Loathing ..."
"Wait a minute, what am I missing? The host must contain some gluten, lest it ..."
RPlavo . The Surprising Anti-Capitalist Logic Behind the ..."
"Gluten intolerance is completely -- and I mean completely -- different from celiac disease. Many ..."
Bobby Lawndale The Surprising Anti-Capitalist Logic Behind the ..."
"Read Bruno's comment: #2 below your ranting comment."
Adrienne Szatkowski Michael Voris’s Stunning and Admirable Broken-Hearted ..."
Browse Our Archives
Related posts from Cosmos The In Lost