The Subjectivism of Ancient and Medieval Philosophy

Yesterday we placed the ancient philosophical analogue, not to be confused with an “equivalent,” of modern science in its proper historical perspective with the help of Peter Harrison’s The Territories of Science and Religion. Natural science in the ancient Greek and Roman sense was not really science in our modern understanding, nor was it primarily concerned with the natural world.  Science was always conceived and practiced in the context of what was called the art of living or philosophy as a way of life. A prime example of this approach to thinking as living is the eminently practical guide, The Art of Living by Epictetus.

In effect, this means that “natural science” was a means to an end, not an end in itself. To use a more familiar formulation: It was the handmaiden to a philosophical life (integrated with logic, religion, and poetry). The medievals did not invent the notion of science and philosophy as handmaidens of theology. They picked up this commonplaces directly from the ancients. The only thing they did differently was more directly placing sacred doctrine in the position of the prime mover of a philosophical way of life (You might want to look at Leclercq’s The Love of Learning and the Desire for God: A Study of Monastic Culture). The distinction between theology and philosophy I advance here is somewhat artificial, because those two domains were not separate. Just look at the cosmologies of the pre-Socratics: Thales, Heraclitus, and so on. They were gobsmacked with, and chock-full of, gods.

Peter Harrison also points out how much the categories of subjectivity and objectivity didn’t make sense to the ancients and their Christian continuators. How’s that for a hermeneutic of continuity?! The continuity between medieval and ancient thinking can best be summarized with something that they are not. They are not modern ways of thinking:

That such an approach [modern objectivism] is now plausible is testament to a remarkable change in the understanding of both religion and science that can be traced back to the early modern period. What began to take place then was that the philosophical exercises and bodies of knowledge employed in the inculcation of the interior virtues of scientia and religio came to stand for the things themselves in their entirety. The content of catechisms that had once been understood as techniques for instilling an interior piety now came to be thought of as encapsulating the essence of some objective thing–religion.

The Territories of Science and Religion continues unpacking this difference thus:

Religion was vested in creeds rather than in the hearts of the faithful. In a related process, the label “scientia,” which had traditionally referred to both a mental disposition and a formal body of knowlege, came to be associated with the latter alone, eventually giving rise to an objective thing–science. While there had once been a close correspondence between science considered to be a virtue and a science understood in terms of demonstrable knowledge, from this period onward science was increasingly thought of as a body of systematic knowledge or a method that existed quite independent of the disposition of its practitioners. The very possibility of a “science of religion” rests upon these transitions, and indeed the work of David Sloan Wilson is a distant ancestor of a new approach to religion that begins in the seventeenth century.

This presents a twofold blow to those who are obsessed with the objectivity of religious knowledge against what they see as modern subjectivism (frequently, and incorrectly, blamed on figures such as Kierkegaard). 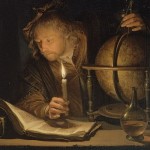 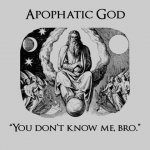 Go Ahead. Take Down Statues of...
Public Catholic
Related posts from Cosmos The In Lost