The Holy Family as an Icon of World Refugee Day?

I haven’t had many opportunities to write lately because I am totally consumed translating Fr. Jozef Tischner’s (a.k.a. The Chaplain of Solidarity) The Philosophy of Drama (Polish edition, French Translation). Any translation is a process of learning a new philosophical language. Fr. Tischner’s phenomenology of the human drama develops Emmanuel Levinas’s biblically inspired philosophy of welcoming the Other set down in two groundbreaking volumes Totality and Infinity and Otherwise Than Being.

In Totality and Infinity Levinas, ever the personalist, insists that it is not our understanding of the totality of being (ontology) that primarily structures who we are, but rather the infinite demands–I don’t think I’d be going too far if I said unreasonable–of the person who comes to us in need:

I can recognize the gaze of the stranger, the widow, and the orphan only in giving or in refusing; I am free to give or to refuse, but my recognition passes necessarily through the interposition of things. Things are not, as in Heidegger, the foundation of the site, the quintessence of all the relations that constitute our presence on the earth ( and “under the heavens, in company with men, and in the expectation of the gods”). The relationship between the same [the I in itself] and the other, my welcoming of the other, is the ultimate fact, and in it the things figure not as what one builds but as what one gives.

16 Circumcise your heart then and be obstinate no longer;
17 for Yahweh your God is God of gods and Lord of lords, the great God, triumphant and terrible, free of favouritism, never to be bribed.
18 He it is who sees justice done for the orphan and the widow, who loves the stranger and gives him food and clothing.
19 (Love the stranger then, for you were once strangers in Egypt.)

Levinas’s Totality and Infinity also reminds us too that, unlike Odysseus, Abraham, the father of our faith, was called to abandon his homeland, never to return to his Ithaca-Ur. 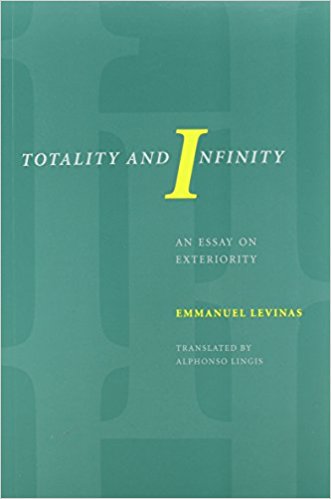 Yesterday was World Refugee Day. I feel obligated to speak on the matter since our family was welcomed in the summer of 1986 as refugees in Italy’s refugee camps. We were then granted political asylum by the United States a few weeks before the start of 1987. We too were once strangers making unreasonable demands upon the goodwill of people from lands strange to us who had no visible obligations to us other than their own memories of Egypts past.

Catholic hardline championing of refugees causes appears to have dropped out of the sky during the Francis papacy. He seems to be making irresponsible demands upon a First World already overtaxed by financial crises and floods of refugees. Those are the appearances, but reality involves much longer-term trends.

A Polish colleague of mine pointed to remarks made about refugees by Benedict XVI that seem just as foolish as anything you might have heard from Francis. The post was in Polish so I attempted to find the full Vatican document in English. I fell short by one year and found the wrong document. The document I found instead cited the following passage written by Pius XII less than a decade after World War II:

The family of Nazareth in exile, Jesus, Mary and Joseph, emigrants and taking refuge in Egypt to escape the fury of an evil king, are the model, the example and the support of all emigrants and pilgrims of every age and every country, of all refugees of any condition who, compelled by persecution and need, are forced to abandon their homeland, their beloved relatives, their neighbors, their dear friends, and move to a foreign land” (Exsul familia, AAS 44, 1952, 649).

Exsul familia stops short of calling the Holy Family an icon of the emigrant and refugee, but the phrase “the model, the example” sure does tend that way. I’ve seen plenty of resistance to such “liberalization” and “politicizing” of the Gospel, but there it is, over ten years before Vatican II (not to mention in the biblical record).

I couldn’t track down a translation of Exsul familia on the Vatican website. I instead found a downloadable .pdf copy on Georgetown’s Berkeley Center site. Now this, this is truly scandalous:

First, let us recall what the great St. Ambrose did and said when that illustrious Bishop of Milan succeeded in ransoming the wretched captives who had been taken after the defeat of the Emperor Valentine near Adrianopolis. He sacrificed the sacred vessels in order to protect the destitute ones from physical suffering and to relieve them of their pressing spiritual dangers which were even a greater hazard. “For who,” said Ambrose, “is so callous, unfeeling, herd-hearted and cruel that he does not want men saved from death and women from barbarous attacks worse than death? For who is not willing to rescue girls and boys or little children from the service of pagan idols, into which they have been forced under pain of death? We have not undertaken this work without reason; and we have done it openly to proclaim that it is far better to preserve souls for the Lord than to preserve gold.”

Sacrificing sacred vessels as ransom? Ambrose sounds like a guy you want to keep away from your elaborately ornamented parish church. Can you imagine the reaction to such a request from Pope Francis?

What would happen if Francis melted down the baldachin at St. Peter’s to ransom the Iraqi Christians who are currently being processed for deportation from the US? Let’s pretend bronze is very valuable. Let’s also omit the fact that the baldachin was made out of materials taken from pagan temples–a kind of theft (From thence comes the old Roman quip: quod non fecerunt barbari, fecerunt Barberini [what the barbarians did not do, the Barberini did]). We would still be left with the loss of an invaluable artefact of Western culture that is integral to the layout of the most important church in Christendom.

And yet, despite that, what could be more traditional than Ambrose’s response?

Remember, you too were once, or, will be, strangers.

To gauge the depths of the current refugee crisis and its parallels with the Holocaust give A New Springtime for Hitler? a read.

July 6, 2017 Charlie Gard Is Going to Die
Recent Comments
0 | Leave a Comment
"So you in fact did not vote for the lesser of two evils but instead ..."
gethoht Hunter S. Thompson’s Fear and Loathing ..."
"Wait a minute, what am I missing? The host must contain some gluten, lest it ..."
RPlavo . The Surprising Anti-Capitalist Logic Behind the ..."
"Gluten intolerance is completely -- and I mean completely -- different from celiac disease. Many ..."
Bobby Lawndale The Surprising Anti-Capitalist Logic Behind the ..."
"Read Bruno's comment: #2 below your ranting comment."
Adrienne Szatkowski Michael Voris’s Stunning and Admirable Broken-Hearted ..."
Browse Our Archives
Related posts from Cosmos The In Lost