Jean-Luc Marion: Does Silencing Love Mean Philosophy is a Misnomer?

The everyday ramifications of reading are a constant preoccupation of mine. I like to believe that the books I read change me for the better. Granted, given the starting point, improvement shouldn’t be much to write home about. Even so, I put my faith in philosophy as a way of life.

If philosophy is to be a way of life, then it has to live up to its name. The name, as you’ve no doubt heard countless times, philosophy means “the love of wisdom,” or something like that. But where’s the love?

Philosophy today no longer says anything about love, or at best very little. And this silence is for the better, because when philosophy does venture to speak of love it mistreats and or betrays it. One would almost doubt whether philosophers experience love, if one didn’t instead guess that they fear saying anything about it. And for good reason, for they know, better than anyone, that we no longer have the words to speak of it, nor the concepts to think about it, nor the strength to celebrate it.

The perfection of love . . . is to be found in personal friendship, whether between a man and a woman, between man and man or between man and God. When God revealed himself as love, the last fear was removed from man’s heart . . . Neither God nor nature, nor other human beings were enemies and a menace. They could all be looked at with interest and love, and in the case of persons love could be mutual. Even Eros, if it knows its own nature, can go with Agape.

How is that for a fine Rabelaisian mess?

Where’s the love in your philosophical reading? I’m curious about book recommendations, especially recent books. I’m wondering what I’m missing if love is barely visible, or even invisible, in contemporary philosophy.

Here’s Marion on the ultimate expression of love as I await your responses:

See the post What Does Love Know? for more on Marion’s philosophy of love.

Praying to a French God and the post on Derrida, Phenomenology, and Theology place Marion in his proper French context.

Finally, there is also a post that puts phenomenology in its original Eastern European and Social Philosophy Context. 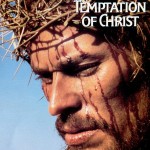 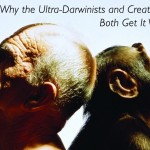 February 6, 2015 Did Darwin Kill God? Conor Cunningham and Benedict XVI Answer
Recent Comments
0 | Leave a Comment
"So you in fact did not vote for the lesser of two evils but instead ..."
gethoht Hunter S. Thompson’s Fear and Loathing ..."
"Wait a minute, what am I missing? The host must contain some gluten, lest it ..."
RPlavo . The Surprising Anti-Capitalist Logic Behind the ..."
"Gluten intolerance is completely -- and I mean completely -- different from celiac disease. Many ..."
Bobby Lawndale The Surprising Anti-Capitalist Logic Behind the ..."
"Read Bruno's comment: #2 below your ranting comment."
Adrienne Szatkowski Michael Voris’s Stunning and Admirable Broken-Hearted ..."
Browse Our Archives
Related posts from Cosmos The In Lost