That’s one heck of a question, isn’t it?

The BBC documentary at the bottom of this post answers in the affirmative.

The video succinctly summarizes Conor Cunningham’s Darwin’s Pious Idea: Why the Ultra-Darwinists and Creationists Both Get It Wrong, which is one of my TOP10 Books of the Last 10 Years.

Before you go to the video read the following excerpt from an interview with Cunningham, because it gives you a sense why the two groups in the title are both wrong:

Pope Benedict put it well: “Creation should be thought of, not according to the model of a craftsman who makes all sorts of objects, but rather in the manner in which thought is creative.” Moreover, with regard to special creation, which is a very dubious notion, to say the least, let us take the example of painting. When we paint, we use the same materials, generally speaking, as does, say, Paul Cézanne, but while no one wants to buy our attempts, we certainly want to buy his, and we do so precisely because he uses the same materials; that’s what makes his paintings special. Indeed, if he did use different materials, we would no doubt be a bit suspicious, for the implication would be that it was the materials that were responsible for the uniqueness of the painting, and if we too were in possession of them, maybe our efforts would not be so awful. Similarly, it is the what of man that is special because the how is secondary. Of course, the how plays a role, but only a subordinate one. Take football as another analogy: we can only identify coaching geniuses because they use the same ball, and not some special ball; hence, it is the what rather than the how that matters most, but then the how comes to the fore when we realize that the football genius has been able to use the same object in a new way. Looking at it this way preserves the idea of uniqueness in a much richer fashion. Thus, it is all the more special, so to speak, that God used the same materials to fashion man, what Genesis calls “dust.”

Again, it seems best to quote Pope Benedict: “If creation means dependence of being, then special creation is nothing other than special dependence of being. The statement that man is created in a more specific, more direct way by God than other things in nature, when expressed somewhat less metaphorical, means simply this: that man is willed by God in a specific way, not merely as a being that “is there,” but as a being that knows him; not only as a construct that he thought up, but as an existence that can think about him in return [. . . man] is the being who is supposed to Thou to God in eternity.”

After all, this is why there are two accounts of creation in Genesis. Quite simply, with the advent of Homo sapiens, the Rubicon of anthropogenesis has been crossed, whether we like it or not.

For more on science and religion see my omnibus list of books on the topic, my interview with theologian Larry Chapp (Christianity is the Most Worldly Religion of All), and Walker Percy’s rebuttal of Neil deGrasse Tyson. 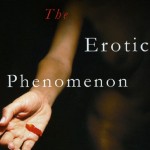 February 5, 2015
Jean-Luc Marion: Does Silencing Love Mean Philosophy is a Misnomer?
Next Post 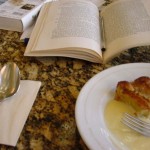 February 9, 2015 Tournier & McCabe on Keeping Theology Grubby
Recent Comments
0 | Leave a Comment
Browse Our Archives
get the latest from
Cosmos The In Lost
Sign up for our newsletter
POPULAR AT PATHEOS Catholic
1