2 Reasons Why the March for Science is a Losing Strategy

The March for Science movement is a losing strategy, because of two reasons: 1. too little faith (de-legitimation) and 2. no confession of sins.

In other words, the March for Science needs a confession of sins and an articulate profession of faith.

I’ll try to squeeze these two things out by making explicit what is implicit in the March for Science documents.

Let’s start, in correct theological order, with the confession of sins. Here is the first part of the official mission statement of the March for Science taken from the their website:

The March for Science is a celebration of science.  It’s not only about scientists and politicians; it is about the very real role that science plays in each of our lives and the need to respect and encourage research that gives us insight into the world.  Nevertheless, the march has generated a great deal of conversation around whether or not scientists should involve themselves in politics. In the face of an alarming trend toward discrediting scientific consensus and restricting scientific discovery, we might ask instead: can we afford not to speak out in its defense?

People who value science have remained silent for far too long in the face of policies that ignore scientific evidence and endanger both human life and the future of our world. New policies threaten to further restrict scientists’ ability to research and communicate their findings.  We face a possible future where people not only ignore scientific evidence, but seek to eliminate it entirely.  Staying silent is a luxury that we can no longer afford.  We must stand together and support science. 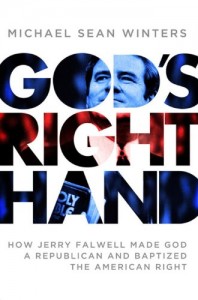 Science is presented in the above as an impartial moral majority, just as the Evangelicals presented themselves starting with the 1980’s. Why is this problematic?

Because it is a lie.

Anyone who’s even taken one class in the humanities is aware of science envy when it comes to funding. Funding is funneled out of the humanities departments (worthless!) into the sciences, because the latter serve either corporate, military, and state interests. There are countless examples of this imbalance from other areas of public life; it’s pretty easy to find them, so I won’t do that work for you. You might learn something.

The March for Science people confirm my last assertion in these paragraphs of their mission statement:

The application of science to policy is not a partisan issue. Anti-science agendas and policies have been advanced by politicians on both sides of the aisle, and they harm everyone — without exception. Science should neither serve special interests nor be rejected based on personal convictions. At its core, science is a tool for seeking answers.  It can and should influence policy and guide our long-term decision-making.

The March for Science champions and defends science and scientific integrity, but it is a small step in the process toward encouraging the application of science in policy.  We understand that the most effective way to protect science is to encourage the public to value and invest in it.

Furthermore, there is no attempt to even hide how much science feeds into the military-industrial-complex. All that’s implied is that American/Western prosperity will suffer; it’s pure economics and a political power-grab.

After all, who wants to be an economic and political loser? Join the March for Science!

There is, of course, no mention anywhere of how much each major scientific innovation (the pill, combustion engine, nuclear power, electricity, even the internet), despite (arguably) some benefits, has caused irreparable damage not only to the natural habitat, but also the ecology of human communities. The negative effects of scientific advances are disproportionately felt by the Third World, which is why Westerners can afford to be so glib about it. 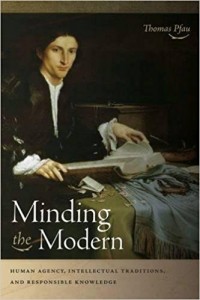 I’m not saying I’d like to go back living in caves on a paleo-diet, but science would only gain in legitimacy if it were more honest about the real harms it causes. Science is not a good-in-itself, especially when it is unmoored from ethical considerations, as the author of Minding the Modern, Thomas Pfau, argued in an interview with me.

The popular idea of science is of infinite progress and productivity, whereas we live finite lives and only have finite sources at our disposal. The disconnect between scientific theory and scientific practice couldn’t be more profound.

Finally, we come to a muted profession of (bad) faith in the March for Science mission statement. Its representatives admit that their approach has led them away from the common good.

The best way to ensure science will influence policy is to encourage people to appreciate and engage with science. That can only happen through education, communication, and ties of mutual respect between scientists and their communities — the paths of communication must go both ways. There has too long been a divide between the scientific community and the public. We encourage scientists to reach out to their communities, sharing their research and its impact on people’s everyday lives.  We encourage them, in turn, to listen to communities and consider their research and future plans from the perspective of the people they serve.  We must take science out of the labs and journals and share it with the world.

All of this is presented as a condescending semi-Gnostic story of saving knowledge: Once we, the priests, inform the plebs about all the saving blessings of science, then the plebs will believe in our omnipotent powers once more, then they’ll fill our coffers.

This strategy inversely mirrors the Enlightenment myth of the priestly class. According to that myth, the priests withheld knowledge from the people in order to maintain control over them. The idea was that priests would share their knowledge, then they would lose their power. The March for Science magically believes that if scientists throw some morsels to the plebs, then the plebs will once again worship their omnipotent powers. This is not a likely story.

According an ABC Religion & Ethics piece by Peter Harrison, author of The Territories of Science and Religion, the more reasonable path for reconciliation between science and the plebs is more complicated, it requires more than the mindless repetition of scientific facts and benefits: 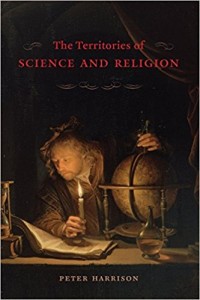 To be educated in science is insufficient. To be educated about science is key. This is why recent proposals in this country to purge the physics curriculum of “extraneous” historical and sociological elements have overlooked something that is crucial. Certainly, students need content knowledge, and ideally that content should not be diluted. But unless students also learn about the social and historical contexts in which scientific activities take place, for all that a few might value science for its own sake, they will not be in a position to understand, or communicate to others, why it should be valued by all.

We need more interaction between science and humanities, not less, if scientific knowledge is to occupy its rightful place in our society alongside other forms of knowledge.

I’ll return to how it might be possible to recover a critical faith in the value of science in a future post, time permitting. I hope it will allow me to also return to a discussion of the logic of the resurrection.

In the meantime, note how much Bill Nye’s appearance at the DC March for Science mirrors fundamentalist enthusiasm, how much it trucks in economic fundamentalism, and how it promises salvation:

I don’t hate science, but this fundamentalism really needs to go. This excerpt from Breaking Bad about manufacturing meth is just as much about what science does in the world. Realizing this allows one to go from wide-eyed enthusiasm toward a more mature faith in the capabilities of science for both good and evil:

If you want to explore Peter Harrison’s important book, then read through The Mythical Origins of Science.

My interview with Thomas Pfau can be found by following this link: Threatening Naturalism’s Universal Authority

April 21, 2017
If You Hate Catholic SJW's, Especially on Earth Day, Then You'll Agree with This Thinker
Next Post

April 24, 2017 Holocaust Remembrance Day: The Memory of the Holocaust Continues to Evolve
Recent Comments
0 | Leave a Comment
"So you in fact did not vote for the lesser of two evils but instead ..."
gethoht Hunter S. Thompson’s Fear and Loathing ..."
"Wait a minute, what am I missing? The host must contain some gluten, lest it ..."
RPlavo . The Surprising Anti-Capitalist Logic Behind the ..."
"Gluten intolerance is completely -- and I mean completely -- different from celiac disease. Many ..."
Bobby Lawndale The Surprising Anti-Capitalist Logic Behind the ..."
"Read Bruno's comment: #2 below your ranting comment."
Adrienne Szatkowski Michael Voris’s Stunning and Admirable Broken-Hearted ..."
Browse Our Archives
Related posts from Cosmos The In Lost