Holocaust Remembrance Day: The Memory of the Holocaust Continues to Evolve

The great German philosopher is usually only known for the statement, made in Prisms, that the culture which produced Auschwitz lives on in postwar poetry (meant as a synecdoche for all art), which means we cannot write poetry. It’s even more complex than that, but you should read it in full context, rather than only the lines:

To write poetry after Auschwitz is barbaric. And this corrodes even the knowledge of why it has become impossible to write poetry today.

Later on, Adorno, took a further step back from his statement in Prisms with the following lines from his magnum opus Negative Dialectics: 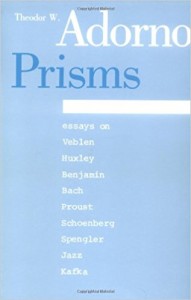 Perennial suffering has as much right to expression as a tortured man has to scream; hence it may have been wrong to say that after Auschwitz you could no longer write poems. But it is not wrong to raise the less cultural question whether after Auschwitz you can go on living–especially whether one who escaped by accident, one who by rights should have been killed, may go on living. His mere survival calls for the coldness, the basic principle of bourgeois subjectivity, without which there could have been no Auschwitz; this is the drastic guilt of him who was spared. By way of atonement he will be plagued by dreams such as that he is no longer living at all, that he was sent to the ovens in 1944 and his whole existence since has been imaginary, an emanation of the insane wish of a man killed twenty years earlier.

Adorno was somewhat unusual in seeing the Holocaust, very early on after the War, as an event so singular that could, or should, negate all cultural production. Most Europeans, as I learned from Tony Judt, just wanted to get on with life and forget about the war  and its victims altogether.

Some of you might be surprised, but according Judt’s Postwar: A History of Europe Since 1945, the Holocaust did not come to occupy this singular place in the First World imagination until very late. It was only in the mid-1980’s that most European countries came to see the Holocaust as a singular event, some not until well into the 1990’s. Commemorating the Holocaust only became official between those years.

Historical memory is always changing in reaction to current events. Reinhart Kosseleck’s Futures Past: On the Semantics of Historical Time discusses this change, what is called “the politics of history,” in a systematic way. It is no surprise that the politics of history are playing themselves out with regard to the Holocaust since the 1980’s.

There are, for example, efforts to understand the Holocaust in terms of its World War II context. Timothy Snyder’s Bloodlands is an especially important book for reminding us that genocide is far more common than we suspect, especially in the lands stuck between Germany and Russia. His more recent book, Black Earth, brings the genocidal policies of Hitler and Stalin closer to home, by pointing out how the current refugee crisis, along with a host of other political circumstances, is similar to the historical circumstances that brought Hitler to power.

It just so happens that we are also commemorating the Armenian Genocide today, which is an event that has come to be remembered only in very recent memory. The first round of the French elections is behind us, but the future of the historical reckoning with first modern state-genocide, in the Vendee during the French Revolution, is still before us. The French state continues to stand in the way of commemorating it. We need to understand these events for a more global understanding of the terrors of the 20th century, and to prepare ourselves for the tempests the 21st century will no doubt bring.

The politics of Holocaust history appear to be shifting in Israel too. The former Prime Minister of Israel, Ehud Barak, ahead of the publishing of his book My Country, My Life: Fighting for Israel, Searching for Peace, was using that memory against Netanyahu, according to Hareetz: 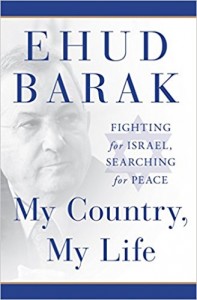 Israel has been “infected by the seeds of fascism,” former prime minister and defense minister Ehud Barak said during a TV interview on Friday night.

Responding to the resignation of Defense Minister Moshe Ya’alon earlier in the day, Barak said that it “should be a red light for all of us regarding what’s going on in the government.”

“Life-sustaining Zionism and the seeds of fascism cannot live together,” Barak told a Channel 10 interviewer.

Ya’alon’s resignation is “the end of a chain that began with the case of the soldier who shot [a wounded Palestinian assailant to death],” Barak said. “Such incidents give us an X-ray image that is opposed to the will of the people.

“What has happened is a hostile takeover of the Israeli government by dangerous elements. And it’s just the beginning.

To illustrate his point, Barak referred to legislation promoted by members of the coalition, including the law to lift the parliamentary immunity of Knesset members who allegedly support terrorism and a bill to impose Israeli law on Israelis living in the West Bank.

I don’t think most outsiders would feel comfortable speaking of Israel in this way, even given the qualifications. But there it is.

Once we start looking at all the historical threads frequently overlooked during Holocaust Remembrances, we begin to wonder not so much, why there are evils such as the Holocaust, but why aren’t there more like them.

The uncomfortable thought at the heart of Snyder’s Black Earth is that the genocidal chapter of human history is probably far from over. We’re not as good as we’d like to think.

Holocaust Remembrance Day should remind us how much more there is to remember, and that our memory evolves with the passage of time.

Remember to support important institutions such as the Auschwitz Centre for Dialogue and Prayer as well.

This is why I would recommend you take a look at: 5 Facts Holocaust and World War II Remembrances Frequently Forget

April 22, 2017
2 Reasons Why the March for Science is a Losing Strategy
Next Post

April 26, 2017 Leading Historian Made the Analogy Between the Refugee Crisis and the Holocaust Long Before Pope Francis
Recent Comments
0 | Leave a Comment
"Wait a minute, what am I missing? The host must contain some gluten, lest it ..."
RPlavo . The Surprising Anti-Capitalist Logic Behind the ..."
"Gluten intolerance is completely -- and I mean completely -- different from celiac disease. Many ..."
Bobby Lawndale The Surprising Anti-Capitalist Logic Behind the ..."
"Read Bruno's comment: #2 below your ranting comment."
Adrienne Szatkowski Michael Voris’s Stunning and Admirable Broken-Hearted ..."
"Science needs "a confession of sins and an articulate profession of faith"? Seriously?Certainly, individual scientists ..."
Elzbieta 2 Reasons Why the March for ..."
Browse Our Archives
get the latest updates from
Cosmos The In Lost
and the Patheos
Catholic
Channel
POPULAR AT PATHEOS Catholic
1