Thomas Pfau is the Alice Mary Baldwin Professor of English and professor of German at Duke University, with a secondary appointment on the Duke Divinity School faculty. He is the author and editor of a number of books, including Romantic Moods: Paranoia, Trauma, and Melancholy, 1790–1840 and Wordsworth’s Profession.

This is the first part of my interview with him about his most recent, and much discussed, book Minding the Modern. The second part of the interview is now up online (No Theology, No Phenomenology of the Person?).

Syndicate Theology is hosting a symposium on Minding the Modern starting 9/28/15.

Artur Rosman: Minding the Modern starts with a searing critique of what the humanities have become: propagators of pseudo-scientific methods that reduce texts, and ultimately persons, into mindless robots. Do you see the humanities anywhere moving beyond nominalism into a mode of education that fosters the flourishing of the whole person? Why does such a change in trends seem so utopian?

Thomas Pfau: I might slightly quibble with the phrasing of your question. Minding the Modern does not take issue with what you term “propagators of pseudo-scientific methods.” Rather, my concern is with the importation of bona fide scientific methods and their underlying, mono-causal conception of what it means to have “explained” something into the realm of humanistic inquiry. As I see it, the issue is not that there is a type of science-based enquiry trying to “reduce texts and … persons into mindless robots.” To put it that way would be to give the matter a conspiratorial slant that I don’t think is called for.

Instead, my argument has to do with the way that modern scientific methods, which in their proper domain have proven enormously fruitful in advancing our understanding of nature, end up painting a dangerously reductive and ultimately irresponsible picture of human agency and personhood. They do so by positing from the outset what, in fact, is thoroughly question-begging: viz., 1) that the human person is a phenomenon entirely on a par with other entities or “objects” found in nature, 2) that it is compatible with the same protocol of detached and value-neutral inquiry used in the hard sciences; and 3) that it can be exhaustively captured by hypotheses based on input/output ratios, empirical observation, and quantifiable verification just like any other phenomenon engaged by experimental inquiry.

As I argue, this way of framing things fundamentally obscures core features that define human agency and that impinge on how we ought to go about understanding it. Above all, to apply to interpretive, humanistic inquiry a scientific model developed by Descartes, Newton, Leibniz, and some contemporaries is to lose sight of the fact that human beings are inherently self-interpreting, that they have (and are continually evolving) an image of themselves in the world and of the world as something that is itself captured as an image. Hence my opening three chapters draw on the phenomenological tradition (Husserl, Heidegger, Gadamer) for which, as I argue later on, Coleridge and Newman should be seen as important precursors. I regard phenomenology (and a philosophical hermeneutics grounded in it) as a crucial counterweight to deterministic and reductionist models when it comes to understanding human agency, action, and meaning.

As for your question whether I see the humanities extricate themselves from the enduring spell of nominalism, I am admittedly not very hopeful that this will come to pass. Though there are some sectors within higher education that have retained sufficient integrity and independence of thought to resist, too many factors seem to discourage any such expectations. For one thing, the flow of grant money is almost entirely geared toward reinforcing reductionist, mono-causal explanatory schemes, also in the humanities, as the only valid mode of inquiry and socially relevant cognition. Driven by what Raymond Tallis has aptly termed “science envy,” many young and impressionable scholars are content to follow the (often unsubtle) hints of administrators and agencies offering grants aimed at putting the humanities on a scientific footing. To the extent that this happens, we do indeed produce a pseudo-scientific culture.

Then there is the frantic preoccupation with the sheer “novelty” of research. Humanistic inquiry, I maintain, cannot flourish without drawing — respectfully, mindfully, and productively — on a host of precursors. Yet in contemporary academia, and in the United States in particular, there is a widespread assumption that to know only means to discover what has not been known before, and that to discover means to discredit or simply ignore what has come before. My own concern with the vitality and richness of intellectual and aesthetic traditions, and with the specter of a pervasive, self-induced conceptual amnesia of sorts, means to oppose this Lady Gaga school of higher learning that has enthralled a lot of scholars. A particularly unfortunate effect, which can indeed be linked to late-Scholastic Nominalism, is that treating all inquiry as a sui generis project and conceiving of advanced inquiry as a conquest of the wholly unique and unprecedented will prevent scholars from productively engaging one another. The more individual scholars pursue hyper-specialized studies, and do so with the proprietary zeal so characteristic of modern professional culture, knowledge will cease to forge, let alone enrich us as a community of knowledge. 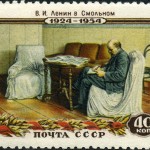 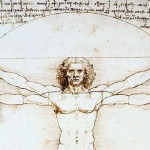 August 14, 2015 No Theology, No Phenomenology of the Person?
Recent Comments
0 | Leave a Comment
Browse Our Archives
get the latest from
Cosmos The In Lost
Sign up for our newsletter
POPULAR AT PATHEOS Catholic
1