You, no doubt, have heard it said (totally out of context) by Chesterton:

Too much capitalism does not mean too many capitalists, but too few capitalists.

It cannot be too often repeated that what destroyed the Family in the modern world was Capitalism. No doubt it might have been Communism, if Communism had ever had a chance, outside that semi-Mongolian wilderness where it actually flourishes. But, so far as we are concerned, what has broken up households and encouraged divorces, and treated the old domestic virtues with more and more open contempt, is the epoch and Power of Capitalism. It is Capitalism that has forced a moral feud and a commercial competition between the sexes; that has destroyed the influence of the parent in favour of the influence of the employer; that has driven men from their homes to look for jobs; that has forced them to live near their factories or their firms instead of near their families; and, above all, that has encouraged, for commercial reasons, a parade of publicity and garish novelty, which is in its nature the death of all that was called dignity and modesty by our mothers and fathers.

See why atheist philosopher Slavoj Zizek, who is something of a Chesterton fan and follower himself, thinks that traditional marriage is an act of rebellion in a time when alternative forms of marriage have become the norm. 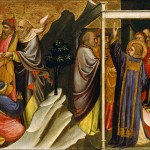 July 8, 2015
NO JOKE: Pope Francis to be Tried by Re-Established Sanhedrin!
Next Post 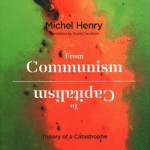 July 10, 2015 10 Mind-Bending Theology and Philosophy Books for This Summer
Recent Comments
0 | Leave a Comment
"Wait a minute, what am I missing? The host must contain some gluten, lest it ..."
RPlavo . The Surprising Anti-Capitalist Logic Behind the ..."
"Gluten intolerance is completely -- and I mean completely -- different from celiac disease. Many ..."
Bobby Lawndale The Surprising Anti-Capitalist Logic Behind the ..."
"Read Bruno's comment: #2 below your ranting comment."
Adrienne Szatkowski Michael Voris’s Stunning and Admirable Broken-Hearted ..."
"Science needs "a confession of sins and an articulate profession of faith"? Seriously?Certainly, individual scientists ..."
Elzbieta 2 Reasons Why the March for ..."
Browse Our Archives
get the latest from
Cosmos The In Lost
Sign up for our newsletter
POPULAR AT PATHEOS Catholic
1