The Fatal Errors of Capitalism: Laudato Si’ & the Economy

Keith Michael Estrada is the founder of Students for a Fair Society at Franciscan University of Steubenville and is a member of the International Observatory of Young Catholics (Rome). Finishing his MA in philosophy at the aforementioned institution, he writes from Seattle-land, Washington.

A group within a people has no claim to being favored in the distribution of goods and honors because it produces a large quantity of useful consumer goods.
Max Scheler, Ressentiment

The world received Laudato si’ this week and, as a result, has a lot to consider. The 190-pages of Francis’ second encyclical demands a universal examination of conscience and begs a critical re-thinking of our ways of living and the social structures we have in place.

Reading the encyclical is, I think, a necessary venture for those who can access it and have the time. By “have the time” I mean to reference the many men and women, Catholics and non-Catholics alike, who really do not seem to have the time. Overworked, underpaid, undernourished, on the cusp of total exclusion from society, these people must receive the good news of the encyclical by the positive change that comes from those of us who read it.

It is crucial to understand the encyclical as it is written. Reading commentaries or quick news bits that include a few quotes and mesh it together either with an ideological attack or an ideological defense, whether left or right, typically seems to reinforce and rationalize a comfortable embrace of various brands of cafeteria Catholicism, for some, and à la carte reasoning, for others. In other words, Laudato points out and rebukes various brands of the same relativism in today’s society.

Here are some of the themes we can rationally extract from Laudato: a consistent ethic of life; an urgent transition to renewable energy; cooperation and dialogue; property, the means of production, and (an appropriate understanding of) subsidiarity; technology, power, and consumerism; the continuity of Laudato within the papal magisterium, the magisterium in general, the lives of the saints, the scriptures, and natural law; changes in lifestyle; the relationship between politics and the economy; the social and ecological problem as indistinguishable; inconsistencies found in leftist and rightist ideology; the ecological problem, in general; the intrinsic value of all creation; needs of the poor and the planet; the universal super-religious call to action; the value of religion; the new evangelization; and the prevailing economic order.

The encyclical also contains an underlying message that challenges us socially, politically, culturally, and economically: everything is connected. I mentioned that themes above were extracted only rationally to provide some distinction; but the distinction is not as real as some would believe. Everything is connected. This is difficult to grasp for many in Europe and North America. Our desire to compartmentalize and hyper-specialize areas of life has been an obstacle to true progress. However, in order to present Laudato in a way that expresses its message and, at the same time, enters into conversation with it, I would like to present the encyclical in relation one of themes mentioned above. This is a lengthy task. It is also a complicated task as this will require plenty of overlap, lest we fail to connect the dots and show how everything is connected. Therefore I will go over some of what Francis has to say on the prevailing economic order and consider the realistic possibility that the Holy Father has laid out an argument in favor of moving beyond capitalism. 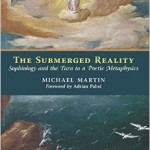 June 19, 2015
The Most Sophiological Encyclical of All: Michael Martin on Laudato Si'
Next Post 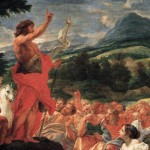 June 21, 2015 A Catholic Worker Approach to Laudato Si': Repent! Understand! Pray!
Recent Comments
0 | Leave a Comment
Browse Our Archives
get the latest updates from
Cosmos The In Lost
and the Patheos
Catholic
Channel
POPULAR AT PATHEOS Catholic
1