The Most Sophiological Encyclical of All: Michael Martin on Laudato Si’

MICHAEL MARTIN is Assistant Professor of English and Philosophy at Marygrove College. He is the author of Literature and the Encounter with God in Post-Reformation England (Ashgate, 2014), a work of literary criticism, The Submerged Reality (Angelico, 2015), and a volume of poetry, Meditations in Times of Wonder (Angelico Press, 2014).

I’ve been waiting for this encyclical for four-hundred years.

There are some names conspicuous by their presence in Pope Francis’s encyclical Laudato Si: Patriarch Bartholomew, Teilhard de Chardin, Ali al-Khawas. There are also some unnamed names conspicuous by their presence: de Lubac, von Balthasar, Bulgakov, Zizioulas. Things have certainly changed in Rome since 1950 when Pius XII took Henri de Lubac (and his book Surnaturel) out to the papal woodshed in Humani Generis. In Laudato Si, Francis has issued de Lubac’s official rehabilitation.

This encyclical was long, long overdue. In it, for one thing, Francis counters the theology of natura pura that has poisoned some quarters of Catholic theology since at least the seventeenth century (see John Milbank’s The Suspended Middle), puts nominalism in its place once and for all, and shows those rad-trad Catholics who still get all excited about the Anti-Modernist Oath that they may be just as modernist as Steve Jobs. That is, Laudato Si is in essence a medieval encyclical. And that’s a good thing.

A medieval ethos permeates the document in several ways. First, it appears in the Holy Father’s emphasis—throughout virtually every page of the document—that we “speak the language of fraternity and beauty in our relationship with the world” (11), an affirmation of God’s abiding presence in all that is. Secondly, it is expressed in his emphasis on communitas, particularly in our care for the poor. And, finally, this medieval ethos is articulated in the importance Francis places on the integral unity of such a cosmology and such a communitarianism. This, as has already been made only too apparent, may prove a little difficult to swallow for the vast number of Catholics—and, who am I kidding, inhabitants of the planet—who have internalized the idolatrous caricature of salvation promised by the Protestant Work Ethic and the Gospel of Prosperity. Francis’s job, however, isn’t to pander to the comfortable, but to preach the Gospel.

The document is not entirely medieval, of course. For one thing, in Laudato Si Francis reminds us what is real and what is not—which would have been all but unnecessary during the medieval period (his interrogation of our obsession with technology and “scientific advancement” speaks directly to this). Furthermore, he wants us all—and not just Catholics—to return to an integral vision of Creation and our relationship with God and each other (generally assumed in the medieval period). In Francis’s diagnosis, postmodern culture is in a state of decline and pathology and only an accurate picture of reality—only possible through a relationship with God that illumines our relationship with His Creation and with each other—can offer remedy. Throughout the document live the words of Deuteronomy often cited by the Pro-Life movement: “I call heaven and earth to witness against you this day, that I have set before thee life and death, the blessing and the curse: therefore choose life, that thou mayest live, thou and thy seed” (30:19). The subtitle of Laudato Si could almost be: “Choosing Life: A User’s Guide.” The encyclical provides a social context, a thoroughly Catholic one, which provides an epistemological foundation for restoring Life to our understanding of life, refreshing and avant-garde in its absolute traditionalism.

By his integral vision, Francis “seeks also to restore the various levels of ecological equilibrium, establishing harmony within ourselves, with others, with nature and other living creatures, and with God” (210). What we have here, as I have described at length in The Submerged Reality: Sophiology and the Turn to a Poetic Metaphysics, is essentially a sophiological sensibility. Indeed, sophiology—and this is where the presence of Bulgakov shines through—undergirds the encyclical. It is my contention that Laudato Si, like sophiology, is not a radical innovation, but an accurate description of reality and a call for the return to authentically Christian ways of being. Neoliberalism and hyper-consumerism, Francis reminds us, are not authentically Christian ways of being. 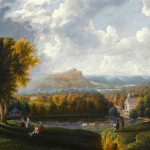 June 18, 2015
The Official Edition of Laudato Si' is Now Available
Next Post 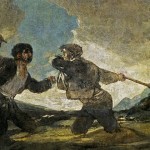 June 20, 2015 The Fatal Errors of Capitalism: Laudato Si’ & the Economy
Recent Comments
0 | Leave a Comment
"So you in fact did not vote for the lesser of two evils but instead ..."
gethoht Hunter S. Thompson’s Fear and Loathing ..."
"Wait a minute, what am I missing? The host must contain some gluten, lest it ..."
RPlavo . The Surprising Anti-Capitalist Logic Behind the ..."
"Gluten intolerance is completely -- and I mean completely -- different from celiac disease. Many ..."
Bobby Lawndale The Surprising Anti-Capitalist Logic Behind the ..."
"Read Bruno's comment: #2 below your ranting comment."
Adrienne Szatkowski Michael Voris’s Stunning and Admirable Broken-Hearted ..."
Browse Our Archives
Related posts from Cosmos The In Lost