“Tragedy typically leaves questions painfully open, . . .  [but] the challenge is not only how we speak without false consolation in a world like this but how we keep our culture alive to the fact that it is ‘a world like this.’”
–Rowan Williams, The Tragic Imagination

I did not expect to live in such an unusual moment.
When the God of thunders and of rocky heights,
The Lord of hosts, Kyrios Sabaoth,
Would humble people to the quick,
Allowing them to act whatever way they wished,
Leaving to them conclusions, saying nothing . . .
–Czeslaw Milosz, “Oeconomia Divina,” New and Collected Poems 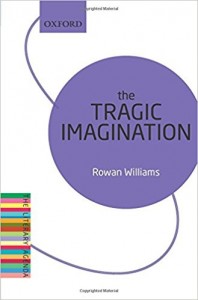 In a recent column in the New York Times (4/21), David Brooks laments the Crisis of Western Civ. He points to the phenomenal success, once upon a time, of the Durants’ Story of Civilization series, a series that recorded Western Civilization as “an accumulation of great ideas and innovations, from the Egyptians, through Athens, Magna Carta, the Age of Faith, the Renaissance and the Declaration of the Rights of Man.” In this telling, Western Civilization was the gradual unearthing of all that is good and true and beautiful from the muck of historical conflict, of the rise and fall of empires. As Brooks says, the story was “confidently progressive.” It elevated “certain values — about the importance of reasoned discourse, the importance of property rights, the need for a public square that was religiously informed but not theocratically dominated.” These values, says Brooks, set the standard for our public life together. They told us who we were and who we could be. It was in these values, mined from the stony crevices of Western history, that provided the center of gravity for our common life.

Then, says Brooks, something happened:, “Starting decades ago, many people, especially in universities, lost faith in the Western civilization narrative. They stopped teaching it…” In a “revolt of the elites,” it seems, those “tenured radicals” of the Ivy League ivory tower attacked the very foundations of the system of liberal education they served. “They stopped teaching it, and the great cultural transmission belt broke.” For Brooks, this failure of the professoriate is the source of all that follows – the rise of “illiberals” who don’t even have the courtesy to pretend to believe in Western values, as past dictators did. “We are leaving the age of Obama, Cameron, and Merkel, and entering the age of Putin, Erdogan, el-Sisi, Xi Jinping, Kim Jong-un and Donald Trump.” And “The faith in the West collapsed from within. It’s amazing how slow people have been to rise to defend it.” When the brash illiberals shove their way to the top, the liberals have nothing with which to fight back, and so they are forced to leave the field and just shout loudly from the sidelines.

Brooks ends with a stern warning: If we thought we did not like the grand narrative of Western Civilization, watch out for what follows after it.

Something happened, says Brooks. Of this we can be sure. In Brooks’ telling of the tale, the crisis of Western civilization’s faith happened “especially in universities,” when we professors “stopped teaching it.” It is an interesting choice. “Especially in universities,” not in Auschwitz. Not around the lynching tree. Not in the hearts and minds of all those “greatest generation” GIs who came home and supposedly “manned up” to make America great in the nifty fifties, but suffered their post-traumatic damage in silence. I have a friend whose father is a WWII vet. He remembers one time among many in the 60s when the whole family of 6 piled into the car to go from Long Island to an amusement park in South Jersey. After a long trip in a hot summer car, they parked in the lot and headed for the gate. But something about the noise, the heat, the crowd, made it impossible for the father to go on. And without a word, they all piled back into the car and went home. They never spoke of it again. 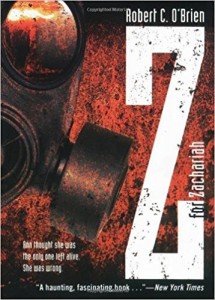 The “Crisis of Western Civ” is like that – it was devastated from within, and in it didn’t need the help of “tenured radicals” to tear it down.   Even among its boosters, the bloody twentieth century had plenty to sow the seeds of doubt and destruction without the help of some professorial elite. Part of the story of American universities in the fifties and sixties was that they found themselves deluged with thousands and thousands of GI-Bill students thrown back into a classroom with a world of horrors behind them. And then the children of those GIs, who had grown up with the silences, the hidden pain, the unnamed grief haunting their trips down the New Jersey Turnpike, went to school in the Sixties and no longer believed the “confidently progressive” tale. Brooks says that our faith in it “collapsed from within,” and I think that this is a deeper truth than he allows. Our faith in ‘Western Civ’ collapsed because Western civilization failed – tragically, disastrously, murderously, and we did not know how to fix it, or even talk to our children about it. Our “confidently progressive” story could not account for its own failure. So we lost faith.

The effects of the crisis were, perhaps, forestalled a bit by the threat of Mutually Assured Destruction. My generation, growing up with The Day After and Z for Zechariah, and cowering under our desks during safety drills we knew were empty gestures, found ourselves in a confusing place. We no longer quite believed in the “confidently progressive” story in our textbooks, but we also needed to believe that Ronald Reagan and Pope John Paul II could push back the horrors of war and tear down the wall. And when in 1989 it seemed to us that they did, we may have had a brief moment of hope. But then, as always, the tragic ambiguity of our own cultural contradictions reasserted itself. The LA riots. 9/11. Two decades of endless but somehow invisible war. Economic collapse at the hands of financial elite that walked away from 2008 untouched. We didn’t need tenured radicals to tell us there’s a problem.

In AD 410, when the city of Rome was sacked, the confidently progressive story of Roman greatness was in a similar state of collapse. “Roma aeterna,” the apex of civilization, had been humiliated at the hands of an uncultivated barbarian horde. As the old Roman elite fled the Italian peninsula for North Africa, they looked for someone, something to blame. For some, they found it in Christianity. Was it an accident that Rome fell less than twenty years after the emperor Theodosius had shut down the city’s pagan Altar of Victory? Accusations like these were passed around, and it seemed to undermine the Constantinian confidence of the established church. Roman Civ collapsed from within, and the only question was who to blame. The imperial legate Marcellinus brought this conundrum to his friend Augustine, bishop of Hippo. The bishop’s response took twenty years to complete; it was Augustine’s magnum opus et arduum, a “great and arduous work,” The City of God. As he begins, it seems that Augustine will write another great polemical treatise, the kind of “killing blow” that his rhetorical training had equipped him so well to write. The full title of the work, after all, is On the City of God, Against the Pagans. But what emerged, through many chapters and many years, was one of the most subtle and most important documents of cultural criticism that our “Western Civ” has ever produced.

In a word, Augustine refuses simply to push back. . . .

April 27, 2017
Post-Execution Church: Rise Up from the Electric Chair!
Next Post

May 4, 2017 Atheists Have "National Day of Reason," But American Atheism is Irrational
Recent Comments
0 | Leave a Comment
"Wait a minute, what am I missing? The host must contain some gluten, lest it ..."
RPlavo . The Surprising Anti-Capitalist Logic Behind the ..."
"Gluten intolerance is completely -- and I mean completely -- different from celiac disease. Many ..."
Bobby Lawndale The Surprising Anti-Capitalist Logic Behind the ..."
"Read Bruno's comment: #2 below your ranting comment."
Adrienne Szatkowski Michael Voris’s Stunning and Admirable Broken-Hearted ..."
"Science needs "a confession of sins and an articulate profession of faith"? Seriously?Certainly, individual scientists ..."
Elzbieta 2 Reasons Why the March for ..."
Browse Our Archives
get the latest updates from
Cosmos The In Lost
and the Patheos
Catholic
Channel
POPULAR AT PATHEOS Catholic
1