Abortion is Not a Conservative Issue (Millennials Know This)

Not too long ago Kristin Dombek wrote a widely-circulated favorable review of the book Defenders of the Unborn: The Pro-Life Movement Before Roe v. Wade in the New York Times.

By my vague estimates Dombek is a Millennial (if not, then that news is all the more promising) who in the piece identifies with the pro-choice movement. These two biographical facts are important, because the tone of her review reflects larger trends.

There is a whole genre of orthodox Christian writing that preaches at the Millennials as if Millennial decadence is somehow mysteriously and qualitatively different than the decadence of the Yuppies, Hippies, and the Beats, that is, their parents and grandparents.

However, the review of Defenders of the Unborn reflects a different picture. Dombek’s tone is one of surprised identification with the pro-life cause. Reading the book might have been the first time she realized that advocating for the regulation of abortion is not a conservative issue.

Her piece begins by describing the mistaken contemporary perception of abortion as an exclusively conservative issue:

Among those of us who wish to protect access to abortion, it’s easy to feel that “right to life” language is a cover for an attack on feminism. It’s a feeling supported by a common story about ­history: The anti-abortion movement began after Roe v. Wade, because conservative evangelicals were threatened by women’s newfound power over their bodies. What else could explain the movement’s swift rise in the decade following the Supreme Court’s decision, if not a widespread reaction against equal rights?

Reading the book helped her to uncover an alternative narrative:

From the perspective of our historical moment, it’s hard to imagine a country where the most prominent voices against abortion were Catholic physicians, and evangelical Protestants were either in favor of lifting restrictions on abortion, or didn’t really care. A country where Democrats and the Black Panthers opposed abortion, and Ronald Reagan, like most conservatives, supported it. Where more men than women supported legalizing abortion, and Hugh Hefner was one of those men, leading one activist to call legalized abortion the “final victory of the Playboy philosophy.” Where opposition to abortion found common cause with opposition to the exploitation of women, to the abandonment of the poor, to big business and to the Vietnam War.

What is missing in Dombek’s account is a lack of awareness of the future and past pregnant within the present. A hint of what this alternative move back to future might mean appears toward tend of her Defenders of the Unborn review:

But Williams’s book gave me a bit of hope. If the conversation was that different before, perhaps the terms of this deadlocked debate could change again. Given our shared history of fighting for justice for the less powerful, we might even find some common ground.

This new coalition for the less powerful is already taking shape outside of the conventional narrative of abortion as a conservative (in the sense of “Republican”) issue.

In his interview with this blog Charles Camosy, author of Beyond the Abortion Wars, identifies the Millennials such as Dombek as the driving force behind a new resistance to the abortion industry:

Another development that has pushed it back into the public sphere of contentiousness has been dramatic increases in science and technology in relation to the prenatal child. We not only know a lot more about the child biologically, but that reality is now shown in photos on mobile glowing rectangular screens in nearly every corner of the world. A colleague recently showed me a prenatal photo of his granddaughter on his phone and said, “Charlie, she’s got a name, a prepared room, godparents, even clothes picked out. The only thing she doesn’t have is the right to be born.” When almost everyone can see the face of someone so marginalized, this is a game-changer. Perhaps it is the reason that Millennials are far more skeptical of abortion than the previous two generations were at their age. They grew up with the profound reality of prenatal children as part of their lives in a way that other generations did not.

Note the language. Camosy uses the phrase “the face of someone so marginalized,” which, like Dombek’s “justice for the less powerful,” reflects Catholic “social justice” language, that is, the very language fervently resisted by Neo-Conservative Catholics who see it as a threat to their conservative capitalist values. To be fair to social justice Catholics: Anecdotal experience leads me to believe most of them are on board with the Church’s teaching on abortion. Furthermore, tying abortion to other interconnected issues does not weaken support for the pro-life cause. It makes it stronger by showing how much is really at stake, because it is not an isolated issue.

Camosy goes beyond this anecdotal observation and goes into the numbers (which he covers much more thoroughly in several chapters of Beyond the Abortion Wars):

[The anti-abortion supermajority] isn’t simply my claim. It is the finding of poll after poll, year in and year out. There has been substantial opposition for decades, but it has been slowly and steadily growing. The most intriguing opposition comes from younger people–who are far more skeptical of abortion than Gen Xers and Baby Boomers were at their age. And they are very solidly against abortion. Indeed, twice as many Millennials who identify as pro-life feel strongly about their position on abortion when compared with young people who identify as pro-choice. Anyone who has been to the annual March for Life in Washington DC, for instance, can’t help but be impressed by the fact that the event is dominated by tens of thousands of young people who have traveled in from all over the country.

These trends are also reflected in trends on the legislative level:

It is hopeful that at the state level–where government is closest to the people–the pro-life supermajority has been able to enact some of its agenda. Indeed, by the end of June there already had  been over 300 pro-life laws proposed in 2015. At the local level, happily, federal political orthodoxies tend to break down and much more complicated and interesting debates take place. Complex coalitions and compromises are routinely created. Especially has a frustrated Millennial generation enters the political fray, I’m hopeful that the more complex and interesting politics of the states could make its way to the federal level.

However, there remains the problem of a severe political mismatch between the aims of the pro-life movement and its mostly Republican political allies:

While any trend is open to political manipulation in the future, the main problem is that the pro-life supermajority doesn’t really have political vehicle for enacting its agenda at the federal level. Small-government Republicans, in their heart of hearts, are not all that excited about having a big federal government restrict abortion access and punish those who procure and perform abortions. Democrats are a more natural fit for the pro-life movement given their stated political philosophy, but accidents of history have made that difficult in the near-term.

This characterization of the pro-life movement as a more natural fit for the left is something you might have also encountered in Micheal Sean Winters’s history of how the Democrats lost the Catholic in Left at the Altar. Winters lays the blame at the feet of a small but rich group of white radicals who rigged the Democratic candidate selection process in order to promote their abortion agenda. Republicans are not the only party of big business and big business could really care less about the unborn when it can outsource jobs to places in the world where there is cheap and plentiful labor.

Therefore, since politics does indeed make strange bedfellows, it is high time the pro-life movement to figure out ways to woo the Democrats. Not because of any need to identify them as the good guys, but for strategic reasons.

If pro-lifers manage to do so, then they can play the two parties off each other instead of rising and falling with the fortunes of just one of them.

Millennials have shown a great deal of distance toward the political status quo, therefore this strategy would also appeal to them.

This is the time not only to revise our views about the abortion as a strictly conservative issue, but also about Millennials.

Abortion is not a conservative nor liberal issue like most of the causes that grow out of a Christian way of life. Christ cuts across our arbitrary divisions.

Tradition is always going back to the future. The future of the pro-life movement should include the Millennials (some of them are liberals) as allies.

For more details on where the pro-life cause cuts across political boundaries see my interview with Professor Camosy: The Anti-Abortion Supermajority: Beyond the Abortion Wars. 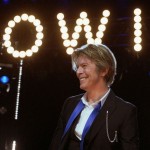 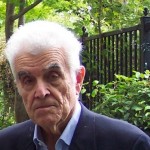