Sam Rocha is my dear friend. Besides that he is also Assistant Professor of Philosophy of Education at the University of British Columbia. He is author of A Primer for the Philosophy and Education (Cascade Books, 2014) and the recently released Folk Phenomenology (Pickwick Publications, 2015).

This interview probes the guts of Folk Phenomenology.

Artur Rosman: What, if anything, distinguishes your Folk Phenomenology from phenomenology itself? Is it an inflection of the regular phenomenological method? or a whole new way of doing phenomenology? Either way, how so?

Sam Rocha: I chart the phenomenological tradition in terms of the three interrelated reductions: Edmund Husserl’s first reduction into the object, Martin Heidegger’s second reduction into Being, and Jean-Luc Marion’s third reduction into givenness. In many ways, anyone familiar with Marion’s form of phenomenology will see a family resemblance to my own. The odd character here, in terms of influence, is someone most do not recognize as a phenomenologist: William James. (I should note that Marion’s phenomenology owes a great debt to a student of Brentano not usually associated with phenomenology: Alexius Meinong.) These influences are more than bibliographic details; they share a set of preoccupations about phenomenology that are not only concerned with the method of reduction (and I am highly allergic to speaking of reduction in phenomenology primarily as a method) but also its ontogenetic sources. Marion and James share an orientation towards intuition that informs my approach within the broad tradition and it is also where I move in slightly different directions. The main feature of my form of phenomenology, within the progression of reductions named above, is the notion of “the offering,” which precedes and exceeds the gift’s logic of donation, the rights and duties of desert, and in this sense accomplishes a fourth reduction. I hesitate to self-proclaim folk phenomenology as a fourth reduction, however, because the purpose is not in this respect to extend the tradition but, instead, to reverse it. I call this the “folkloric reversal,” which finds its origin in art (which I distinguish from aesthetics) within the central claim of the book: “Art precedes metaphysics.” The questions of how to do phenomenology are important and there is surely a method of some kind in this project, but I would deflect that question and be attentive to the more fundamental aspects of the philosophical tradition of phenomenology, most of all what art shows that philosophy can only say. In this sense, perhaps the most important feature of my folk phenomenology, against the other phenomenological systems of the past century or so, is that I am a practicing folk artist—and illiterate musician—who seeks to find an escape from the problems of philosophy within the practice of art itself.

AR: Whoa there, all of this won’t sound very folksy to most ears! How about we backtrack and meet folks in the Life-World and tell them what a reduction is? Is this then a reduction to the art of making (poesis, as in poetry)?

Fair enough. Although most people don’t open with a question like that one, but I also think that “folk” as a category can sometimes give the impression of being easy or less skilled. For me, especially when we look to music, “folk” is an atomic element. Everything reduces into a folk expression, from the most abstract free jazz to the most sublime classical music. This, in a way, is a way to understand what the phenomenological reduction is. In the book I use the culinary reduction as an analog, but there are other words more germane to the tradition, such as epoche or bracketing, and there are other comparisons to be made, too. The point is that phenomenology, in the sense I understand it, is set apart in terms of its reduction, which one could very carefully call a methodology. And you’re spot on to suggest that it resembles similar moves (most famously by Nietzsche, but also in Romanticism and Transcendentalism and Vitalism) that hearken to back poesis (the backward direction is as important here as poesis for methodological reasons). It is difficult, I think, to not see this point as an obvious one within the Hellenic intellectual tradition where we begin in song and verse with Homer. But I think it points to something deeper, too; something that goes to a primal mythopoetic root. This root is what I am trying to get at, as best I can, and what I find in common with the folk song, the symphony of ocean waves and forest breeze, and a liturgy.

AR: I’m still trying to get my head around how you use folk here. Do you mean something like the human excellence built up by habit and love to become a second nature, or even maybe more appropriately, an extension of first nature? I’m thinking of practices such as singing, liturgy, or cooking that Herbert Dreyfuss talks about in his book All Things Shining and in the remarkable film documentary, Being in the World, that grew out of it. I think the film does a better job of getting all of this across because it goes beyond philosophy into the passionate practices that are anchored in that mythopoetic root you talk about.

SR: You’ve hit on many aspects of my use of the term “folk.” For me, as a folk musician (something I’ve been doing since the age of 5), the usage begins in relation folk music, especially the somatic pre-melodic root of music, the thing about it that makes people dance. Even toddlers will respond to a rhythm with dance. In this sense, the “folk” is something anterior to practices, but those practices all rely on the folk as a condition. I try to treat this in two ways in the book. First, I assert from the outset that “art precedes metaphysics,” which is a perhaps too neat way to try and capture what the “folk” in folk phenomenology is about. Another way, more specific to your question, is in chapter four where I point to baby-talk and jazz improvisation on guitar as identical examples of study on two ends of the human developmental spectrum. I would call the practices you refer to “study,” rooted in the saturation of the folk principle that this phenomenology tries to reduce into. But you’re right about the film’s superiority as a medium, and I did compose a folk album of music in live soundscapes to accompany and, as you put it, “go beyond” the book—but it is lagging behind the book a little bit.

[Click below to read the rest of the interview] 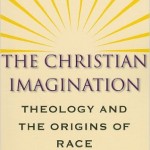 October 14, 2015
Theology Between Art and the Body Lecture Tomorrow
Next Post 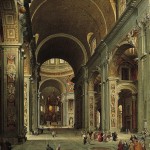 October 16, 2015 Family Synod Conflict Is Not What You Think It Is . . .
Recent Comments
0 | Leave a Comment
Browse Our Archives
get the latest updates from
Cosmos The In Lost
and the Patheos
Catholic
Channel
POPULAR AT PATHEOS Catholic
1