Family Synod Conflict Is Not What You Think It Is . . .

In my worst moments I am temped to promulgate a #SynodSitIN by the power of my personal Magisterium against the #SynodWalkout quitters. However, I promised to not dig around in all the Synod trash that’s circulating. Yet, this does not preclude me from propagating sane expert analysis, especially when the cray-cray of the #SynodWalkout tends to confuse things even more than they already are.

What follows is a guest post from Chris Johnson originally featured on his blog.

Chris Johnson is a 38 year old hospice chaplain chaplain with a Masters in Pastoral Theology from Saint Joseph’s of Maine and a more than occasional blowhard that likes to talk about the machinations of the Church. He blogs at The Carpenter’s Brew.

The Conflict at Synod on the Family is not what you think it is.

Lets start by clarifying a few popular misconceptions about what is happening in Rome right now. There is not a coup from the left-wing of the Church that is trying to change doctrine. For one, doctrine is revealed and its reinterpretation has to be done within either a Council, or by the Roman Pontiff making a statement on faith or morals in an ex cathedra so the he might shepherd the Church. The Synod as understood in Roman Catholicism does not have this authority. This needs to be said to calm those on the political left and right who would like to stir the pot for their own interests.

What makes this synod Extraordinary is that it deals with a very specific situation, this time that situation is the challenges that Pastors face when talking about families in the Context of Evangelization. The idea of family is in flux and the Church needs to figure out how to communicate with these changes in a manner that takes seriously the state of the faithful but also remains true to Church tradition. Forming a bridge between the timeless teachings of the past and the circumstances of the present is not a job for the faint of heart as we are now seeing.

Now let’s get to what the animosity going on at this Synod may in fact be about.

As stated above almost nothing happening in Rome have to do with liberal or conservative. As much as the secular media would love to paint Pope Francis as either ideologically left or right he’s probably neither. This is a man who has shown incredible devotion to the Blessed Mother even going so far as to step down from his seat until a statue of Our Lady of Fatima was placed on its pedestal. He openly has brought the practice of exorcism back into fashion in the modern Church. He believes that the Devil is a real being and is at work in the world. Nothing here appears to show that he is a hidden lefty. He does challenge Western (particularly U.S.) notions of capitalism as being un-Christian which appear to have rankled the Republican Party, but I think we can all agree that its time that the G.O.P. stopped molding religion and started being molded by it. To make a long story short liberalism as a force has long since lost in Catholicism even if the secular media wishes this was not the case. Heck even those that believe Liberation Theology is a back door to opening the Church to Marxist political theory either have not read Catholic Social Teaching, or are actively trying to hijack it.

The conflicts occurring during this Synod isn’t even about the family. The Church has a definition of the family this Synod is trying to explain how the Church can reach out to those families in a manner that is sensitive to the situation individuals find themselves in. The biggest argument in this regards has to do with whether divorcees can receive the Eucharist if they are in a new marriage without an annulment. As an American I have to confess this rarely is as big a deal because the USCCB for the most part has helped create systems that make the annulment process run smother than in other countries.

Talks about homosexuality are a smoke screen used by those that want to create disunity in the Church. Popes and Bishops have long since stated the homosexuals should be loved and treated with dignity. The Church does not recognize their situations as a marriage because of the Christian understanding of matrimony as being between opposite sexes. But it has been stressed that the individuals themselves should be loved.

The fight in this Synod is about whether or not you believe in the collegiality of bishops or in a more centralized leadership. To be fair many of the Cardinals and Bishops present in the Synod have probably never been inculturated in what collegiality may actual look like. They are used to having Synod’s in which the conversation is directed at a predetermined position and in truth there is nothing wrong with this, except that it demonstrates a more top down approach.

Both John Paul II and Pope Benedict XVI (some of the most misunderstood men in history) appear to have liked Synods in which the Cardinals arrived to and had conversation with what often was seen as a predetermined outcome. In all honesty that course may have been necessary as a post-conciliar Church attempted to sort itself out. Many of these synods also had doctrine such as the Eucharist at their heart so there was not room for a lot of debate about what that means.

In this truly Extraordinary Synod Pope Francis appears to prefer to have the Cardinals hash things out themselves. In the short-term this makes things incredibly messy but long-term it means that the Cardinals have all had their say and nothing gets railroaded through. There will be those that are disappointed with the outcome but that’s what consensus is often about, giving up some of your comfort area for the groups larger good.

To be honest I am a fan of more collegiality. It resembles the methodology used in the early church before the Church defined Papal authority in its present form and it empowers discussions which can occasionally be messy (what in creation isn’t), but demonstrates the actual authority of the Bishops themselves not just that of the Roman Pontiff.

Many of those present at the Synod may prefer to have Pope Francis simply state an objective and allow them to wrestle toward it. It’s not his style he’s a Jesuit and they have a tradition of hashing things out in a communal fashion. He sees a Church in which local jurisdictions feel like they have authority. He also appears to trust his Bishops to understand their own people hence the annulment process change not needing Rome’s approval.

We often pretend that Catholicism is cookie-cutter and we all think the same but that isn’t true now and it has never been true. Don’t trust those that pretend like it is. While we do share beliefs such as Jesus true presence in the Eucharist and the primacy of Peter, how we enact those beliefs and meet the needs of the faithful has always varied. That is why we have so many religious orders.

If nothing else remember that those that try to spread confusion and fear are probably not acting in your best interests. They are either a) furthering their own career to the detriment of the Church, which makes them an agent of the Devil or b) directly manipulated by the evil one himself. Let the Bishops work this out because there is nothing happening now that hasn’t occurred in the past or won’t happen again in the future.

Anyways that’s my two cents now leave me yours. 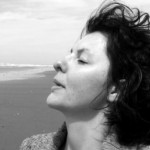 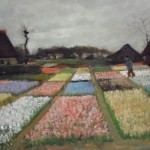 October 18, 2015 Cosmos: Weakened Edition, 3
Recent Comments
0 | Leave a Comment
Browse Our Archives
get the latest updates from
Cosmos The In Lost
and the Patheos
Catholic
Channel
POPULAR AT PATHEOS Catholic
1