‘Your private life is not private’: on the private consensus (Great Fast #11)

I was talking to my friend in Vancouver about my last post, which was on how the intellectual mistakes I made about what I used to call ‘the private consensus‘ were originally made in Fremont. He told me about some of the immigration cases that his firm was handling. When some people have money, they are prone to think that they are above the law. They may think that just because they’ve been able to talk their way out of most situations in their lives that they can talk their way out of this one too. That kind of ‘talking’ usually involves conveniently omitting some key facts. Some things, these clients reason, are just private. But sometimes, my friend reflected, the law is also the law. And then he said the magic words: Your private life is not private.

I can imagine a number of my friends and colleagues getting up in arms about this insight – and for good reason. Privacy rights since the late twentieth century have become nearly sacrosanct, inscribed into constitutional case law and legislative acts in countries like the United States and Canada. A government – we are, after all, speaking of the law here – knowing so much about a person’s identifying details borders on the word totalitarian. Edward Snowden’s noble intentions in revealing the National Security Agency’s domestic spying technologies and its subcontracting tentacles to accomplish these acts of espionage were to thwart the development of a totalitarian police state, one whose control over its people’s personal lives – by which he meant their private affairs – led to its total power. Privacy is supposed to be a good thing, and legally protected too. If your private life is not private – especially in matters of the law – then a line has certainly been crossed.

The paradox of privacy is that it takes a commons to protect it. This, I suggested last night, is where I went wrong. I was naïve about the commons. Thinking that sunlight was the best disinfectant, I thought that the problems of the small Cantonese evangelical church I was part of in Fremont could be solved by breaking it out of its bubble and joining it to a commons. I called that commons at the time the ‘Body of Christ.’ That was my second intellectual mistake: not only was I out of my depth about the commons, but I was also wrong about catholicity. Only persons can be catholic: the meaning of a church being ‘catholic’ in the earliest sense of the word was that a local bishop was in communion with all the others based on their shared material ingestion of the Body and Blood of our Lord Jesus Christ. It is so easy to confuse persons with institutions. Institutions are not persons. They are, as Ivan Illich has reminded us so often, machines.

Not all commons and catholicities are created equal, then. Some are more catholic and common than others. This is a matter, one could say, of their ontology, their existence in the world. The questions of what are commons and whether a network posited as a commons is catholic are open ones. It is easy to overdetermine our perception of their existence. Discernment is necessary. We have to see if what we are seeing is really the thing itself.

I was too hasty on two fronts. First, I thought that my church in Fremont – and most other Chinese evangelical churches, come to think of it – were locked into bubbles, echo chambers where people in them only talk to each other. Second, my catholic impulse even as a Protestant was that if these churches could understand their connection to the ‘Body of Christ,’ then their infighting could be resolved. Both of these propositions were wrong. In the first case, my church in Fremont was already connected to a number of evangelical institutions in the San Francisco Bay Area and probably Hong Kong too. As for evangelicalism, then, I was positing that my church should be institutionally catholic, confusing persons with machines. Evangelicalism is not catholic. That is sort of the point of its existence.

My conclusion last night was that what I was describing as a ‘private consensus’ – a secret agreement to keep all institutional matters private – did not actually exist. People in the institutions I was describing were connected to networks; there is more to what appears private that meets the eye. In this context, my friend stated: your private life is not private. Privacy in this sense is a fiction. You may live in a fantasy reality that your life can be institutionally compartmentalized. The problem is that you are living your life in networks. Therefore, everything you do affects everything else too.

In despair I said to my friend that everything that I had stood for was wrong. The private consensus is not only not unraveling, I screamed over the phone – it doesn’t exist! That’s when he told me to slow down again. The private consensus is a fiction. People believe themselves when they say that their lives are self-enclosed. It is their sense of place. Materially, it is important to demonstrate that that ideology contradicts the ways in which they live their lives in a material sense. But even those networks may be built on that fiction. In this sense, the private consensus may still be real: it constitutes reality for a number of people who live their lives as if they believe in it, even if it is a fiction.

This insight is not totalitarian. If not all commons and catholicities are created equal, then this practical commons of everyday life is ontologically distinct from the commons of the law, as well as the publics of journalism and academia. The scholarly task is to discern what each of these commons, with their differential claims to catholicity, might be at an ontological level. Here, Nancy Fraser and Michael Warner have preceded me, and I should have taken Charles Taylor’s praise of them in A Secular Age even more seriously than when I first began my studies. Both Fraser and Warner dispute the critical theorist Jürgen Habermas’s analysis of a single public sphere emerging in bourgeois society in late eighteenth century Europe. There is not one single public, they say. There are multiple ones, and counterpublics to boot. Not all commons are created equal, and at the philosophical and theological levels, their ontological claims to being catholic are not the same either. Scholarship here is a work of discernment. Overdetermination is the vice that leads unto paralysis.

Your private life is not private because private compartmentalization is not really practiced by anyone in everyday life. The private consensus, however, is a fiction that remains operational for those whose dominating ideology revolves around the myth of privacy. Perhaps my intellectual mistake, the one I made before my career even began, has yielded a surprising development for my scholarship, which is ultimately geographical in the sense that I am interested both in the senses of place that people have and the material ways in which they actually live their everyday lives. My intellectual task is to discern what the commons and the catholicities are in a given situation. I suppose that means that I have some new work to do. 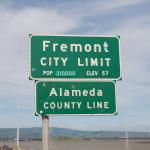 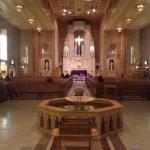 March 2, 2018 Rebuild my church (Great Fast #12)
Recent Comments
0 | Leave a Comment
"I can't believe you would consider the theological lightweight Kilby as a proper critique of ..."
antoniodec Fiat mihi secundum verbum tuum: on ..."
""Milbank criticizes Balthasar for being apolitical in his aesthetic reflections, and I can see how ..."
antoniodec Reading Sobrino on Óscar Romero and ..."
"the word is receptive, which has nothing passive about it but could be the most ..."
antoniodec Fiat mihi secundum verbum tuum: on ..."
"One can never "go home," not in this life."
billwald I’ve found my way home: on ..."
Browse Our Archives
get the latest from
Eastern Catholic Person
Sign up for our newsletter
POPULAR AT PATHEOS Catholic
1

How White Men Lost the Meaning...
suspended in her jar
Related posts from Eastern Catholic Person 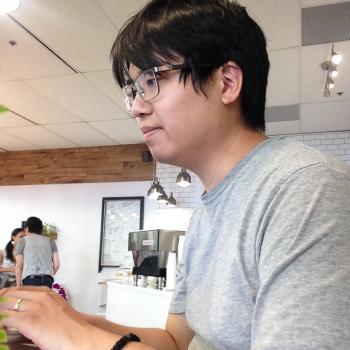