Patheos Explore the world's faith through different perspectives on religion and spirituality! Patheos has the views of the prevalent religions and spiritualities of the world.
When I was taking trumpet lessons as a teen, my teacher made suggestions every so often for what to listen to. We had a regular diet of all the usual trumpet suspects: Maurice André, Håkan Hardenberger, Sergei Nakariakov, Wynton Marsalis, Rafael Mendez, Doc Severinsen, even Herb Alpert.

But one day, she suggested something different. You should listen to some jazz, she said. And not just jazz trumpet, but jazz itself. Shirley Horn and Diana Krall in particular, she instructed.

What my trumpet teacher could not have known is that I was also raised on Focus on the Family. In every issue of their magazines – our family had a lot of them, and all the different kinds too, like Clubhouse, Breakaway, and Brio – there were reviews of movies and music, analyzing them especially for violence and sexual content. Our church had little leaflets, also from Focus on the Family, that said that not listening to the words of songs we like doesn’t mean that we aren’t listening to them, and eventually, the sexual perversion would get into our heads. I had one look at Diana Krall’s cds, especially Love Scenes, and knew what I was getting into. This was music about sex, and it would addle my brain. I wrote to the trumpet teacher in protest. I did not want to listen to music about sex.

The trumpet teacher was gracious enough, and it was not as though I were innocent either: I had gotten into James Bond movies not long before. Soon enough, we were in Portland attending my father’s graduation from a conservative seminary’s Doctor of Ministry program, and we went to a cd store. Sure enough, there was a section in the jazz section, and like the stories in the Focus on the Family testimonials about first illegally buying Playboy in a convenience store as a teenager (or, for that matter, like in Chester Brown’s hilarious comic The Playboy), I picked up All for You: a dedication to the Nat King Cole Trio. It seemed a bit more softcore to Love Scenes‘s hardcore.

As usual, my dad bought it for me.

When we finally got home, I popped it into my cd player, expecting to hear the sounds of sex. I actually have a friend now who has music punctuated by shrieks and squeals. He calls it the music of his eros, in the possessive case. He is also single. I’ve already done my duty as a man friend in advising him to stop listening to that trash.

Thinking I’d get sensuality, what I got instead was sophistication. Here’s something that I’d like to bring to you, she announces, wrapped up in cellophane, designed for you. And then, the trio. In perfect sync. Serving the music. The magic was happening because they were listening to each other. She was truly an errand girl for rhythm.

Re-evaluations happen quickly. I re-read the liner notes. There, Krall talks about the source of her art. It’s in the records that her parents listened to when she was a kid. There, she talks about how the Nat King Cole trio recordings were omnipresent in her home in Nanaimo, British Columbia. That place sounded magical, especially to me as a kid in Fremont knowing that I was actually from Canada. She was from my fantasy home of sorts, and she had learned to play the piano by listening to Nat King Cole.

Krall’s assessment of her parents’ music made me think about the stuff my mom and dad listened to. There was an old cassette of The Carpenters featuring the song ‘Only Yesterday’ lying around, and my mom told me that it meant a lot to her because the song ‘Please Mr Postman‘ – Karen Carpenter’s cover of The Supremes’s classic – had gotten her through waiting for my dad’s love letters to arrive in Hong Kong from Winnipeg. She had also regaled me with stories of her sixteenth birthday party, which was a dance party at her flat in Hong Kong where ABBA played all night. My dad had similar musical stories: as a college student, he had been the busboy, the kung-fu-fighting bouncer, the bartender, and finally a waiter in a nightclub owned by Greeks where groups like The Platters, The Supremes, and The Temptations played regularly. It’s not like their music was asexual – far from it. Though ‘Yesterday Once More‘ is not about sex, the divine voice of the goddess that was Karen Carpenter wistfully remembering every sha-la-la-la and woah-oah-oah-oah had an erotic undercurrent.

My friend Sam Rocha, who is a jazz artist in his own right, told me that I’d lose my asexuality when I became Catholic. He was referring to the way that my model minority pretensions as an evangelical who had to set a sexually pure example to everyone while kissing everyone’s behind to be all things to all people made me read as an asexual Asian. But he doesn’t know half the story, especially not about my pornographic interpretation of Diana Krall’s liner notes. He wouldn’t have known that becoming Catholic was the culmination of a long journey of discovering that to be a person is to be erotic and that the parents who were supposed to have functioned as asexual Asian superegos had way more swag than their pretentious son.

I was nominated by our blog’s former resident Latin Catholic Person, Eugenia Geisel, to do the Facebook Album Art Challenge. Posting the covers gave me some nostalgia that I wish to work through. I am therefore blogging about it too now concurrently. Perhaps Eugenia will do so as well on her blog, Lipstick on My Relics. This is the third of ten in the series. 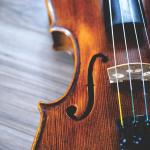 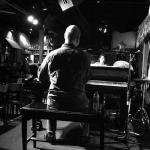 May 16, 2018 '...it was more than likely that you were a Gould fan as well' (Album Challenge #4)
Recent Comments
0 | Leave a Comment
"I can't believe you would consider the theological lightweight Kilby as a proper critique of ..."
antoniodec Fiat mihi secundum verbum tuum: on ..."
""Milbank criticizes Balthasar for being apolitical in his aesthetic reflections, and I can see how ..."
antoniodec Reading Sobrino on Óscar Romero and ..."
"the word is receptive, which has nothing passive about it but could be the most ..."
antoniodec Fiat mihi secundum verbum tuum: on ..."
"One can never "go home," not in this life."
billwald I’ve found my way home: on ..."
Browse Our Archives
Related posts from Eastern Catholic Person