Evangelicalism and the pornification of conservative politics in the Americas

Patheos Explore the world's faith through different perspectives on religion and spirituality! Patheos has the views of the prevalent religions and spiritualities of the world.
It is actually not difficult to understand why it is that evangelicals are now supporting the political candidacy of someone who is openly a purveyor of prostitution. If one has hung around evangelicalism for any amount of time, the Age of Trump, with its pronounced emphasis on ‘golden showers’ and Stormy Daniels, is more of the same. Of course, most people outside of the movement will of course be confused by this because they think of evangelicals as ‘values voters.’ The problem with that kind of thinking is that it is also Republican Party propaganda.

Within the evangelical movement, there is a lot of interesting literature about avoiding lust, pornography, strip clubs, and prostitution. Unlike the teaching of the Catholic Church, masturbation is usually ok, according to both the evangelical left (see Lewis Smedes’s Sex for Christians) and the evangelical right (see Jim Dobson’s Life on the Edge). The exception to this masturbatory nonchalance is Steve Arterburn’s Every Man’s Battle series, the books that launched a thousand accountability groups. I had to read a lot of this stuff while helping my dad write a Doctor of Ministry dissertation on pastoral sexual misconduct in Chinese churches when I was fifteen.

This Stormy Age is simply just evangelicals giving up on the struggle. The time of repression marked by ‘promise keepers,’ ‘true love waits,’ ‘every man’s battle,’ ‘false intimacy,’ and ‘i kissed dating goodbye‘ is over. Just as they unrepressed their anti-charismania in the late 1980s with the full-on acceptance of Pentecostalism at Lausanne II, they now go the full mile. In this, they reveal the truth of what we who worked in the movement (and therefore knew all about the sexual improprieties that go on in the movement) have known this whole time: the cinematic urtext of evangelicalism is not Leave It to Beaver – it’s the Dukes of Hazzard.

The question, of course, is what the relationship between such evangelicalism and the Eastern Catholicism that I profess now is. Perhaps that is something that I will address in a separate post, one that concerns a crisis in conservatism and arguably evangelicalism regarding the incarceration of children and families at the U.S.-Mexico border. The long and short of it is that the disaster that is the libidinal economy of American evangelicalism has resulted in an outflow of former evangelicals to various other networks. Some certainly secularize, while others switch sides from their upbringing on the Right to what they think is the ‘Left’ in efforts to discover social justice activism (usually only to find it just as incoherent). Others bring their evangelical habits with them into Catholicism and Orthodoxy.

It used to be the case that I thought of evangelicalism as not my problem, as it was a different ecclesial house than my own. To the extent that evangelical politics is about their own economia, I am happy to leave them to it; I am not very concerned, for example, about the game of thrones that is the Southern Baptist Convention or the Anglican Communion, though I confess to indulging in such Protestant reality television shows with popcorn in hand.

But to the extent that the evangelical libidinal economy is our collective problem, it is fair game for me, I think. Generally, good writing is not about identity anyways. Instead, I increasingly sense that I should write about the publics of the world while firmly rooted in my own liturgical and spiritual practices and everyday collectivities.

In what is to come, I hope not to write a series of posts about the emergencies of our time, as outraged as we all must be as human persons with moral backbones about the border crisis. In an attempt to mitigate against possible compassion fatigue, I will try instead to reflect on the pornographication of our politics, especially through its evangelicalization, and in so doing, offer some reflections also about our collective paralysis about the U.S.-Mexico border, gun control, ecological issues, and the encroaching fascism of white nationalist ideology that has long been masked by the respectable rhetoric of ‘law and order.’ My hunch is that the central thread through it all will be the consistency of evangelical networks threading through them all, which means that these may well turn into musings on what evangelicalism has to do with the rest of us who do not identify with the evangelical movement.

In other words, I am fully cognizant of the irony of offering reflections on evangelical politics on a blog called Eastern Catholic Person on the Patheos Catholic channel. I also think that this task is necessary because it is not the case that Catholic and Orthodox Christians should only write about their own churches. Instead, we are supposed to be writing about the world.

Perhaps the task at hand for the next post – which certainly will address the immoral, fascist, and ‘culture of death’ approach of the Trump Administration toward migrant children and families from Latin America – will be to outline what exactly I mean by evangelicalism for the purpose of our collective discernment. Perhaps this is the gift of the Kyivan Church that I am offering, then. As I have said repeatedly on this blog, what our church offers to the world is makrodiakonia, the service to the world in dismantling its oppressive structures beginning by discerning what they are. We will begin in the next post, then, by discerning what evangelicalism is. 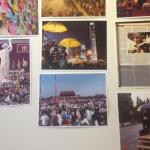 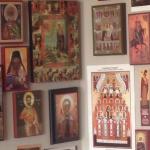 June 27, 2018 Anti-authoritarian martyrs and passion-bearers: thoughts at the end of the Apostles' Fast 2018
Recent Comments
1 Comment | Leave a Comment
"I can't believe you would consider the theological lightweight Kilby as a proper critique of ..."
antoniodec Fiat mihi secundum verbum tuum: on ..."
""Milbank criticizes Balthasar for being apolitical in his aesthetic reflections, and I can see how ..."
antoniodec Reading Sobrino on Óscar Romero and ..."
"the word is receptive, which has nothing passive about it but could be the most ..."
antoniodec Fiat mihi secundum verbum tuum: on ..."
"One can never "go home," not in this life."
billwald I’ve found my way home: on ..."
Browse Our Archives
Related posts from Eastern Catholic Person 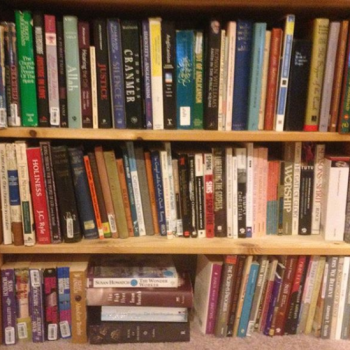 Catholic
Psychic connections are neither here nor there: on...
Eastern Catholic Person
TRENDING AT PATHEOS Catholic 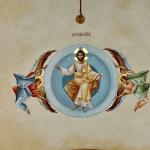