Anti-authoritarian martyrs and passion-bearers: thoughts at the end of the Apostles’ Fast 2018

In my icon corner in Chicago hangs three ‘group icons’ of holy martyrs: the Holy Martyr Sophia and daughters Faith, Hope, and Love, the Holy Martyrs of China, and the Holy New-Martyrs of the Ukrainian Greco-Catholic Church of the Twentieth Century. With them, I also have an icon of the Holy Passionbearers Borys and Hlib. Day after day, I pray before them, along with my patron saint, Holy Justin the Philosopher and Martyr. As I currently am in Richmond for the summer, I am on the New Calendar at present, and on this day, those of us in the Ukrainian Greco-Catholic Church – or rather, the Greek-Catholic Church of Kyiv – commemorate our twentieth-century new-martyrs.

For me, there is some meaning to this commemoration. As the Apostles’ Fast winds down, I am brought back to the anniversary of my chrismation on the Vigil of Ss Peter and Paul. This week, two of my friends are being chrismated on the Feast of Ss Peter and Paul. Like me, they are Chinese, from an evangelical church, brought in by the witness of the Kyivan Church in Vancouver as she stood in solidarity with those of us involved in Hong Kong’s Umbrella Movement in 2014.

The commemoration of these Kyivan new-martyrs thus occurs on the eve of my chrismation anniversary. I am thankful to Bishop Bohdan (Danylo) for reminding us about this important date on his social media. It would have slipped my mind otherwise. His episcopal teaching triggered a number of reflections on my part, especially as my chrismation anniversary draws nigh yet again. Indeed, every Apostles’ Fast is for me a time to reflect on why I joined this church in the first place. Last year, I blurted out on the first day of the Fast to Fr Myron Panchuk that I was glad to have joined a ‘colonized church.’ By these reflections, I was drawn wholesale into the Kyivan Psychoanalysis Study Group’s anti-colonial politics.

This year, I began the Fast on the Old Calendar, a day that coincided with the anniversary of the Tiananmen massacre, the ‘wound of history,’ as it were. It is, I think as I work these thoughts out, contributing to a particular kind of anti-coloniality in my spiritual praxis: the holy martyrs are at heart resistors to authoritarian rule, ancient or modern. Of course, I am not calling those who died in Tiananmen ‘martyrs’; most of those people at the time were not Christian. But the Kyivan Church does have a special category for those whose deaths mirror the passion of our Crucified Lord. They are the passion-bearers, those who died as victims of passion, usually in political terms. It is my working reflection, then, that the martyrs and passion-bearers before whom I pray teach me, an ordinary Christian, to use my body as a temple of the Holy Spirit to resist authoritarian power.

I recognize the problems of labelling non-modern regimes authoritarian (or worse, totalitarian). This is why these thoughts are still in progress, unpublishable anywhere else but a blog. The philosopher Hannah Arendt is correct, for example, to note that totalitarianism is a distinctively modern phenomenon because it’s only in modernity that a colonizing bureaucratic apparatus can have such total control over the everyday lives and inner thoughts of its citizens. But the stories of martyrdom that weave themselves into my prayer life are forming in me an account of authoritarianism that messes up this ancient-modern distinction. Perhaps one might say that the holy martyrs before whom I pray disturb celebratory accounts of the church’s symphonic collaboration with a number of imperial apparatuses across a spectrum of ideologies.

Indeed, the martyrs of the twentieth-century Greek-Catholic Church of Kyiv displayed in the omnibus group icon are diverse. Some were killed by the Nazis in their genocidal death camps. Others were sent to Gulag by the Stalinist regime when the Soviet Union took back full control over Ukraine and liquidated our church in the Pseudo-Sobor of Lviv in 1946. Their martyrdom echoes that of Holy Sophia and her daughters in a pre-modern imperial regime, whose New Calendar date of commemoration coincides with my baptism in an evangelical church when I was nine. Mirroring those killed by contemporary totalitarian regimes, these holy women were put to death because they were seen as subversive to the pagan Roman Empire. Their deaths are not unlike that of the Holy Martyrs of China, killed by the Boxers at the behest of the Dowager Empress Cixi as the last gasp of the dying, corrupt Qing Empire. As I learned in the temple in which I was chrismated – one popularly and problematically known as the ‘Chinese mission’ of the Kyivan Church – their witness points to the way ordinary Christians live their lives are perceived by authoritarian regimes, whether modern or not, as threats.

As my patron saint Justin Martyr displayed in his life, our intellectual reasonableness, liturgical propriety, and acts of charity do not often sit well with apparatuses that need to label, categorize, compartmentalize, and control. Perhaps this overbearing power of such social formations is why the Kyivan Church also needed to invent the term passion-bearers to describe those who may not have died in odium fidei but still were killed as victims of passion. In my icon corner are the original Holy Passion-bearers Borys and Hlib, the sons of Holy Equal-to-the-Apostles Volodymyr the Great, whose date of commemoration coincides with my birthday on the New Calendar. Their brother Sviatopolk had them killed to consolidate his own power. They did not die for their faith, but they died because they did not fit someone else’s designs on the game of thrones. In the game of thrones, you win or you die, Cersei Lannister tells Ned Stark in the first book of George R.R. Martin’s series. To be a passion-bearer is to die because of such political musical chairs, not unlike the ill-fated Lord of Winterfell.

Perhaps these thoughts encapsulate the reflections that have been percolating in my intellect throughout this Apostles’ Fast. In a time when the apostles’ teaching is twisted by the United States Attorney General and the White House Press Secretary to justify fascist policy models of incarcerating migrant families, the martyrs and passion-bearers of the Kyivan Church, their predecessors, and their imitators offer a different politics. As the St Mary of Egypt Social Justice Collective recently declared, the security of a governing regime does not come with carte blanche theological justification. God has a preferential option for the poor, and the Mother of God, the Most Holy Theotokos, may be an Immovable Wall against foreign invasion in our tradition, but this means that ‘she is on the side of the oppressed, the invaded, victims of colonization and genocide. In our icon of the Protection of the Mother of God, children flock under her omophor. By her, oppressors are repelled.’

The Theotokos is also the strength of the martyrs and the passion-bearers. As God-bearer, she displays in her body what it means to be the temple of the Holy Spirit, to be the bodies that bear witness to the resurrection of Jesus Christ as the no to the No-Gods (in Karl Barth’s immortal formulation) that wield authority as if they were gods. She is the leader of mental formation, as the Akathist says, the one who shatters intellectual pretension in order to renew the minds of those for whom she is the champion leader. Here is the spell of authoritarian magic broken, the state’s manipulation of the minds of its citizens shattered. To be a martyr and a victim of passion in authoritarian spaces is to bear witness to the possibility that totalizing power is not at all total, that in the words of G-d to the Holy Prophet Elias, there are still seven thousand who have not bowed the knee to Ba’al.

To have joined this apostolic church – this church legendarily prophesied about by the Holy Apostle Andrew the First-called when he preached on the hills of Kyiv before the city was even founded – is to participate in the martyrdom of this iconic cloud of witnesses. In these fascist times, the prayer of this church will shape my body increasingly into a temple of the Holy Spirit. This formation, I am finding in my reflections this year, is a key part of what it means to have joined the Kyivan Church because of her acts of makrodiakonia. I welcome my sisters and brothers who are joining this beautiful church sui juris on my chrismation anniversary, this Feast of the chief apostles Peter and Paul, and I pray for our strength together to resist all forms of authoritarianism in our bodies through the power of the Holy Spirit. 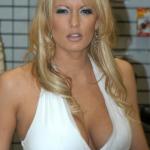 June 22, 2018
Evangelicalism and the pornification of conservative politics in the Americas
Next Post 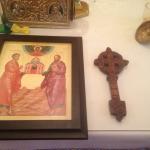 June 29, 2018 Intellectual renewal among the people of God: reflections for Ss Peter and Paul on the second anniversary of my reception into the Kyivan Church
Recent Comments
1 Comment | Leave a Comment
Browse Our Archives
Related posts from Eastern Catholic Person 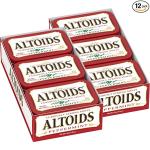