LAST WEEK’S SERIES: being Cantonese in the church’s service of liberation to the world

July 8, 2017 by Justin Tse
3 Comments
LAST WEEK’S SERIES: being Cantonese in the church’s service of liberation to the world July 8, 2017 Justin Tse

On Monday, I wrote a post on Hong Kong, and I was frustrated. Perhaps the uneasiness had begun on Sunday, when I had written on St John the Wonderworker of Shanghai and San Francisco. By the end of the week, my restlessness had turned into a weeklong blog series.

My uneasiness lay in the fact that I had declared that I would be using this blog for makrodiakonia, the service the church performs for the world in discerning, challenging, and even dismantling its oppressive structures – basically, the Byzantine version of liberation theology. I kept talking about what makrodiakonia was, but I do not think that I have been doing it. Instead, I felt like I had to clear my throat every time I talked about it, as this is supposed to be a blog about Eastern Catholicism. It isn’t – it’s me writing as a person in an Eastern Catholic church – but it is so easy to get sucked into the politics of identity.

I have also had a chip on my shoulder while practicing makrodiakonia, and that partly comes from thinking that I need to do theory and write in a way that is respectable. What I discovered as I wrote this week is that I do not write respectably. Put another way, to write in an academic language that is not my own is for me to end up in silent paralysis. I write Cantonese, albeit using English. It’s my orientation toward the world, a very personal one that is premised on what I badly translated as the ‘air of righteousness 義氣,’ perhaps better rendered ‘the spirit of integrity and loyalty.’

In so doing, I ended up writing about what it meant to be Cantonese in a colonized church, the Ukrainian Greco-Catholic Church, which I also call the Greek-Catholic Church of Kyiv (following Andriy Chirovsky). Where I’ve ended up is writing about the truth of the world as a Cantonese person, which means that I’m writing universally in a Catholic way about the world as it exists, which is only possibly as the Spirit who renews the face of the earth descends on me.

In the first, second, and fourth posts, I have provided a list of links as I’ve taken stock of my own online writing – an act of oikonomia, of managing my own house, as it were. Because of this, there are indices from my work this week of all of my online writing about 1) Hong Kong, 2) Asian America and Canada, and 3) Christian ecclesial politics and colonization (including Anglicanism, New Calvinism, and Catholicism from even prior to my time at Patheos).

In brief, then, the series, by which I feel like I have become more honest about my writing in relation to where I am really from and where I find my home, is as follows: 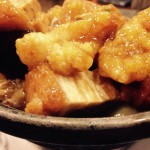 July 7, 2017
To write Cantonese, to write the truth, to write in the Spirit who renews the face of the earth
Next Post 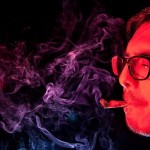