Tonight, in a fit of course preparation for my Chinese American studies course, I finally saw Flower Drum Song from one end to the other. This is not an admission of incompetence in my field. I have read plentifully on the film and have even watched Frank Chin, that bête noire of Asian American literary arts, live-commenting on it. In a book that I teach in the course, the historian Madeline Hsu writes about C.Y. Lee, the author of the novel The Flower Drum Song on which the Rodgers and Hammerstein musical is based. I have seen enough clips of the film to have been able to sing the songs tonight. But I had not seen the film in its entirety, so I took the opportunity not only to do so, but also in imitation of Frank Chin, live-tweet my experience too.

I came to the conclusion that Flower Drum Song is probably the most uniate film I’d ever seen. I have written about uniatism in relation to Asian Americans here on the blog, so much that it caught the attention of the good people at Patriarchate: The Journal of the Greek-Catholic Church. I’m happy to announce that it has been accepted for publication there and will be translated into Ukrainian. The English-language version is going into Logos: A Journal of Eastern Christian Studies. I’ll share it in due course when it’s out so that those who dare to cite me on this phenomenon will have more than my blog to do it with.

I am not sure that I will teach on the uniate dimensions that I see in Flower Drum Song, which is why I am airing it out here in the correct venue for these grievances (my blog, which is where I speak freely about things Eastern Catholic). To those who will object that I am a ‘uniate,’ I can only say that the history of Greek Catholics does not bear out this slander from Moscow. Uniatism is an inferiority complex that comes from an experience of colonization. Not being content with who one is and the people one is supposed to love, one denies who they are and overcompensates by taking someone else’s tradition for one’s own. The result is usually ugly and cringe-worthy. My church has been undergoing the long process of discerning where that sense of being inferior is in our practice in relation to the imperial churches that claim pieces of us – Rome and Moscow, usually – in order to draw from our own tradition from Kyiv, as we received it from our true mother church Constantinople, to shape our practices in the present day.

My live-tweet moment will show the parts of Flower Drum Song that I found particularly uniate in an Asian American way. Most of it has to do with the characters trying to be more American than the Americans, overcompensating for a sense of being Asian. The tricky thing is that most of the Chineseness portrayed in the film is also made up, which is an endemic problem in Chinese American studies, as many of the writers in the field are unreliable as narrators of their experience. This unreliability is often symptomatic of a kind of uniatism, that they have an agenda to push to make sure that a sense of superiority from anywhere else but the practice of Chineseness as a way of heart comes through in the writing. I found this to be especially worth exploring in the dance sequences, where there is a gratuitous mixture of ‘Asian’ and ‘American’ moves, often in highly caricatured ways.

But I am not writing off the film. Frank Chin hates Flower Drum Song because most of it is made up, contrived, and without reference to Chinese literary cultures as they are construed in the classics as a kind of martial tradition. But that also means that we are dealing in the realm of fantasy, and while Chin explicitly objects in The Big Aiiieeeee! that real Chinese people do not need Freud, my gentle response is that people with uniate complexes do. From the first shot of the film under the Golden Gate Bridge, my mind immediately went to Alfred Hitchcock and that classic of San Francisco, Vertigo. Those who think that Crazy Rich Asians and The Joy Luck Club are the only instances of overcelebration when it comes to ‘Asian American representation’ often forget that Flower Drum Song has some claim to being an all-Asian cast too in 1961. I’m sure that fools who believe anything will have watched Flower Drum Song two generations ago the same way they watched The Joy Luck Club in the last generation and Crazy Rich Asians in the present one: as fact, as sociology, as a depiction of a community. None of those cases really do that; if anything, they depict Asian American fantasies the way that Hitchcock put his on the screen. The testament that the philosopher Slavoj Žižek makes to Hitchcock in constantly referencing the double-role that Kim Novak plays in Vertigo as the lost love twice is suggestive of the power of Hitchcockian fantasy, especially of the idealized woman in the male gaze, the ‘manic pixie dream girl,‘ if you will. Those who protest that this portrayal of women is demeaning have grasped Hitchcock’s point precisely: one of the central purposes of his film is to screw with the way that such idealizations happen as a matter of cinematic transference, interrupting the identification and therefore effecting a kind of psychoanalytic moment in the cinema.

I found myself thinking of my own experiences of cinematic transferences while watching the film – the manic pixie dream girl, for the most part – and gazing on its uniatism. When Nancy Kwan, whose previous role had been Suzie Wong in that other film that is so lambasted for its orientalism, pulls up in a shawl in her car, I thought immediately of Kim Novak in Vertigo. But like Flower Drum Song, I’ve never seen Vertigo in its entirety; that is next on the homework list, now that I’ve written about it. I have, however, seen Singin’ in the Rain; in fact, it was my obsession in my senior year in high school, especially with the dream girl Kathy Selden played by Debbie Reynolds, mother of Carrie Fisher, who is Leia, Princess of the Rebellion, eternal memory for both. In Flower Drum Song, one becomes three: the dream girl is divided from the Kathy Selden character to her rebellious American parts in the Nancy Kwan character, a demure Chinese girl oozing with sweetness in Mei Li (played by Miyoshi Umeki, whose contrived generic Asian accent sounds way more Japanese than anything Chinese), and the competent seamstress Helen (whose portrayal by Reiko Sato is my favourite). Their function is to fill the hole he has in his heart, the gap that is symptomatic of his identity split between ‘Chinese’ and ‘American.’ Frank Chin was right to point out that it is the split identification that is itself the Americanization. He’s just wrong to discount psychoanalysis as the method of treatment to get back to a sense of integration, which is interestingly what the scholar David Eng also suggests in Racial Castration, though our conclusions probably differ a bit too.

Flower Drum Song, in other words, may be an opportunity to re-open the gap that psychoanalysis can explore in Asian America. I don’t think I will teach the film that way – I have an argument about Chinese American intellectuals and their position of governance toward those they consider the masses that I am advancing throughout the class – but these psychoanalytic thoughts are reflections for me, not the students. If there is any next step in my homework, it is now to watch Vertigo in its entirety to see if these thoughts on uniatism and psychoanalysis play out. 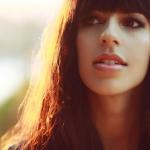 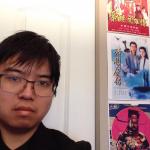 November 1, 2018 Jin Yong taught me the ethics of everyday life
Recent Comments
0 | Leave a Comment
Browse Our Archives
Follow Us!