In the divergence of my academic work and my popular reflection, the common integrated theme that is emerging in both projects is the concept of the postsecular. I have been very taken with the British social geographer Paul Cloke’s most recent articulation of the term, where he talks about the postsecular as a kind of bubbling up from beneath the surface of the secular. He made this statement in a lecture delivered at the American Association of Geographers earlier this year.

The actual research for Cloke’s claims came from a series of recent articles he and his research team had published about food banks in Britain. They recognize that food banks do not solve the structural problems of food insecurity, which can be chalked up to what is called neoliberal governance in which the state no longer provides for the welfare of its citizens but imagines that it is freeing them up in their creative pursuits by emphasizing their personal responsibility for their actions while providing a militarized police force to ensure stability in such a society, protecting it from criminals within and terrorists without. Structurally, food banks are not a solution, because what probably needs to happen is the dismantling of such a socially unjust order and its replacement with a system in which the welfare of those caught in hard times will not perish from hunger and homelessness. However, the fact is that there are people who are hungry and homeless right now, and food banks are a stopgap measure in the meantime for these mean times.

The postsecular, Cloke said, is very much like the food bank. They are pockets of challenge to a secular order, but they do not dismantle it. Sometimes people in postsecular spaces don’t even realize that there is an ideology to be challenged, or sometimes they misdiagnose the secular situation in which they find themselves. In this way, there is no postsecular agenda. It’s just a bubbling-up from below, some of it with anger, some of it out of desperation, and some of it because some people are decent human beings who can’t imagine a social order without personal love even though the systems by which they are circumscribed demand precisely that kind of secular compromise.

It occurred to me late last year that the icons that I venerate as a Byzantine Christian might for me at least be symptomatic of the postsecular. I came to the Kyivan Church via evangelicalism and Anglicanism, and in both of those worlds (which have much more significant overlap than those on the outside give them credit), there has been a search for what might be called an appreciation of supernatural presence in everyday life. Usually, the way that this quest is chalked up is a search for Christian art and aesthetics. For those of us who make our ways from such secular spiritualities into churches as teeming with the spiritual as the Byzantine ones, it can mean a significant paradigm shift. For example, part of the catechesis involves education in the ability to differentiate between religious art and iconography, the latter of which is not a representation, but in fact a window into heaven through which holy women and men gaze at us. In being seen by those who reflect the light of Christ on their faces, we are transformed.

Still, such gazing upon does nothing for ideological convictions, or the critique of ideology more wholesale in which my scholarly interests are invested. If I have learned anything in the Byzantine churches, it is that persons who share the same spirituality as me, especially in the veneration of icons as windows to heaven, can come to wildly different political conclusions about how the social order should be arranged. For every Orthodox and Eastern Catholic who is critical of Trump, there are those who call for seeing him as a person and giving him a second chance. For every person awakened to social injustice, there are those who still manage to believe that a neoliberal free market is an equal opportunity system for anyone who tries to work a little harder. For every woman and man who comes to be horrified at the perversions of misogynistic, homophobic, and transphobic behaviour against persons who are made in the image and likeness of God, there are plenty who reinforce these ideologies of domination and even justify it through their religious practices.

The practice of venerating icons as a Byzantine Christian, in other words, can be construed as postsecular in the sense that it is in being gazed upon that I can feel the supernatural bubbling up from the crusty surface of the secular that I had given into for so long. But that means nothing about politics. In an Aristotelian sense, such practices of prayer are, like education in ethics and the praxis of friendship, prepolitical. As John Panteleimon Manoussakis points out in an essay on friendship,

friendship is “historically and logically” prior to politics (and the “politics of friendship” as Jacques Derrida puts it) and often acts as a force of subversion to the established political order. Its prepolitical nature makes friendship more suitable for, or more understandable within, a Christian context, since the Church, and the bonds of communion amongst its members, ought to stand in a similar idiosyncratic position vis-à-vis the political order — “for our citizenship is in heaven” (Phil. 3:20). (p. 175).

To be prepolitical is not the same as being postpolitical. The postpolitical, which is worth opposing, is the imagination that we live in a world where politics has become unnecessary and that all that is needed is for bureaucracies with the correct ideology to implement policies that will enact a vision of social justice. Politics, in this sense, is part of the human vocation, as part of the agency of the person to engage in intense agonistic debate about the way that a social order should be arranged, governed, managed, and come into its own as a just society. The difference between the prepolitical and the postpolitical is that the postpolitical has given up on the political vocation, whereas the prepolitical is the preparation for it without having arrived at it yet.

The postsecular, I am saying from my personal experience, is prepolitical. It runs the risk of becoming postpolitical, but it is not even political yet. It is what we might call underdetermined. What I am saying about the veneration of icons in particular and Byzantine prayer much more broadly is that, for all the theologians who have tried to give voice to the church as itself a polis, it is simply not possible to assume that the practices of prayer will lead automatically to a certain political formation. It simply doesn’t. Prayer is prayer, and political formation is political formation. Certainly, prayer precedes politics and can even be the ground in which practices can be fostered that lead to good politics. But I am no longer sure that the two happen at the same time. One is prior to the other, which means that politics cannot do without this prayer that bubbles up from the surface of the secular and interrupts it, but it is also a progression from praying, the action that must be taken in the world from discerning the stuff that has been prayed over. The problem is that discernment doesn’t always happen at the stage of prayer. Sometimes, things are discerned wrongly. Many times, the threads are too loose and require time to come together for fuller reflection.

I reflect that this has been my process on my blog. Those who have walked this journey with me have told me that my writing here has been necessary above all for myself. But the truth is that it has all been preparation, an attempt to draw together the loose threads of the mystagogy into which I have been thrown in this Kyivan Church of ours. In this way, my prayerful practice is probably part of this postsecular phenomenon to which I am being drawn in my work. But in studying these preparatory elements, I wonder what politics such study advances. 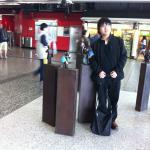 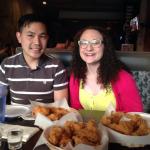 January 5, 2019 I was convinced to give Eastern Catholicism a chance over Korean fried chicken and soju: a story for the eve of Theophany
Recent Comments
1 Comment | Leave a Comment
"I can't believe you would consider the theological lightweight Kilby as a proper critique of ..."
antoniodec Fiat mihi secundum verbum tuum: on ..."
""Milbank criticizes Balthasar for being apolitical in his aesthetic reflections, and I can see how ..."
antoniodec Reading Sobrino on Óscar Romero and ..."
"the word is receptive, which has nothing passive about it but could be the most ..."
antoniodec Fiat mihi secundum verbum tuum: on ..."
"One can never "go home," not in this life."
billwald I’ve found my way home: on ..."
Browse Our Archives
Related posts from Eastern Catholic Person