Patheos Explore the world's faith through different perspectives on religion and spirituality! Patheos has the views of the prevalent religions and spiritualities of the world.
The first thing I learned about Zacchaeus when I was in Sunday school was that he was short. The second was that nobody liked him. Because of those two things, he had to climb up the sycamore tree to see the Lord Jesus, who was passing through the town square, the public commons from which he was excluded. Jesus came to the tree and looked up to see this wee little man, a wee little man was he, as the song we learned goes, and he said, Zacchaeus, please come down, for I’m coming to your house to stay, I’m coming to your house to stay. The words, the teacher emphasized, were not Tuesday. It was to stay. Big difference, especially if you are a Chinese Christian auntie for whom English is not your first language.

When we were that small, we never learned why nobody liked this short man Zacchaeus. As we progressed through Sunday school, and me through Bible lessons at the Christian school in Fremont, we learned that Zacchaeus was a tax collector. It was explained to us that what was wrong with that, as those of us who later grew up to teach children’s Sunday school learned that the Sunday school curriculum had instructed, that the problem was that tax collectors like Zacchaeus would skim off the top of the taxes that were owed to the Roman colonizers in first-century Palestine. Zacchaeus was thus a crook, and that is why when the Lord stayed at his house, his repentance included giving of his wealth to the poor and paying back four times the amount of anyone he had defrauded.

I still remember hearing this story in my later years in elementary school, at a time when I knew my multiplication tables. Four times the amount, I remarked. Where did Zacchaeus get all that extra money if he was giving everything else to the poor? I think an auntie explained that that was exactly how rich Zacchaeus was: he had all that money to burn. I didn’t buy it at the time, because I knew from watching Wheel of Fortune every night that there was a such a thing as being bankrupt where you lose all your money. I did not know that Bill Clinton had said the same word arithmetic to disdain his Republican rivals in the 1990s, as all we knew about the man in the conservative circles in which I grew up is that he did not have sexual relations with that woman, which means he did. I was also not aware that the politics of many I grew up with were anti-taxation, though I was often curious as to why so many people seemed to like buying houses to get a ‘tax write-off’ so as, as it was explained to me, ‘Uncle Sam wouldn’t take away all of my earnings.’ It was not until in Catholic high school that I confirmed with my teachers that I was right: the salvation that came to Zacchaeus’s house bankrupted him.

The political implications of the Zaccaheus story have lingered with me, and they return to me yearly in our church’s pre-Great Fast season. Every year, the week before the Preparation Period for the Great Fast, the Gospel at Divine Liturgy is the Zacchaeus story, which means that I am annually confronted by this tale from my childhood, ideological baggage and all that I have with it from my conservative childhood in the nineties. By the time I was in university, I came to understand Zacchaeus as part of a colonial situation in first-century Palestine, that as a tax collector, he was a Judean working for the Roman overlords and therefore it was scandalous that the Messiah, who was supposed to liberate the Jews, was hanging out with him. In fact, the more I read the Gospels, the more I am scandalized by how ideologically promiscuous the Lord is, healing the slaves of the colonial military officers, consorting with tax collectors, and often being neither here nor there with revolutionary movements.

My understanding of the scandal of these stories of publicans, about whom we will contemplate more next week on the Sunday of the Publican and the Pharisee, has been deepened since joining this anti-colonial Kyivan Church of ours, where there is often very little conscientization about what it means to resist imperialism and thus a lot of shooting in the dark, not unlike the Chinese Christian communities from which I hail. A few months ago, a dear friend of mine who works in public radio and I were berated by a respected member of the Ukrainian community for what he took to be our lack of cooperation on solidarity with Ukraine in resisting Russian aggression — something my critics would never say about me, as some have even labeled me ‘anti-Moscow,’ which is a terrible mischaracterization given my support for movements of critique and social justice across Ukraine and Russia — and in this diatribe, he let slip a terrible truth. It was that my friend and I worked in institutions that had transcended the colonized community — he in the media, me in the elite private academic world of Northwestern University — that some thought that we considered ourselves better than the people we were from. It is a grossly misdirected accusation, which this person also acknowledged later in his apology to us, but it let slip a kind of paranoia that somehow we had sold out to what they considered the colonizers. I remarked to myself how similar Ukrainian and Cantonese communities are in this regard, and of course some Chinese Protestants might consider myself to have betrayed them by becoming Greek Catholic, though that is also not true because I like to think that I still contribute scholarship and support for democracy in that community too.

The word for this characterization is model minority. A number of liberal-minded Americans, and those who aspire to them, tend to think of model minority as a good thing, that at last there are some people in racialized communities who are getting ahead by the merits of study and hard work. But as I wrote in Patriyarkhat and am advancing in my scholarship, the dark side of the model minority is that it is in the final analysis a push of extraordinary members of colonized communities out into the mainstream, where they come to see themselves better than the ‘losers’ who have stayed at home. To the extent that I also internalized this, one might say that I also developed a kind of Zacchaeus complex, stepping on the necks of my sisters and brothers both Cantonese and now Ukrainian to get ahead in my work. The same, of course, cannot be said about my friend; he does not have a mercenary bone in his body, whereas mercenariness is part of what my extended mystagogy in this church has been attempting to dislodge. In fact, I will often cop to it in my public talks to students and community members in the hope that the open revelation of what might have been otherwise ulterior motives, often to recruit them to a cause, may lead to a more genuine conversation that binds us all by our common humanity.

As I stood for the Gospel in church today, I once again heard the Zacchaeus story. It struck me on these lines once again, but as it happens each year, I heard a new dimension today. We are all Zacchaeus, our priest said, and I agreed, though perhaps for different reasons than he was discussing. For him, Zacchaeus is a sinner, and thus we all identify with him. But to me as someone who has struggled my entire life with the temptations of the model minority as a mythology of success, I heard afresh the meaning of the impoverishing of Zacchaeus. Zacchaeus’s repentance does not lie in committing himself to a revolutionary ideology or even to the anti-colonial sentiments of the Judeans against the Romans in the many forms that that can take. Instead, it is that that the resources he has now belongs to the poor. Instead of committing to an identity, Zacchaeus is driven to acts of social justice, to right the wrongs of injustice that he himself had a hand in perpetrating.

Was this not, I reflected, what our mission in Chicago is trying to do on the south side, even in the small acts that we are still working on implementing? Located on the south side, our temple is in the middle of a transit and food desert, in a neighbourhood that used to be populated by migrants from Ukraine and Poland but now abandoned by them since the 1970s. In other parts of Chicago — and indeed, in other global cities too — there is a phenomenon of gentrification in some of such neighbourhoods, where the poor who came to settle in them have been driven out by wealthy developers trying to repurpose the area for richer residents. Where our temple is located, the opposite has happened, and so both food and public transportation are hard to come by. As I thought about Zacchaeus and the model minority, I thought about where we were worshipping and what we were ultimately trying to do and discovered a message in this Gospel passage that I had never heard before. It is that in repenting from the miseducation of the model minority, Zacchaeus’s activities drive a wedge between the politics of identity and the acts of social justice. I am not saying that identity politics is not sometimes useful as a strategy to gain material resources for communities that need them, but true repentance from the impulses of using colonization to one’s advantage lies not in developing an ideology, but in the material act of directly working among those who have not, understanding that the common good comes hand in hand with a preferential option for the poor. What this looks like, of course, has yet to be worked out by our mission, but the word has been delivered. We are all Zacchaeus in our aspirational ruthlessness, but when salvation comes to our house, it will truly be a place, in the words of Patriarch Sviatoslav, to encounter the living Christ in the face of the poor. 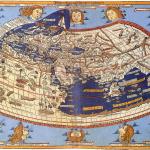 February 6, 2019
Oikoumēnē is not ekklesia: my conversion from evangelical ecclesiology
Next Post 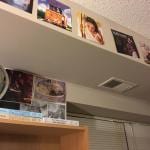 February 11, 2019 'Don't know much about geography': Sam Cooke in a Seattle postdoc
Recent Comments
0 | Leave a Comment
Browse Our Archives
get the latest from
Eastern Catholic Person
Sign up for our newsletter
POPULAR AT PATHEOS Catholic
1