To have been a child of the nineties: reflections on sex, conservatism, and pop culture

To have been a child of the nineties: reflections on sex, conservatism, and pop culture July 28, 2018 Justin Tse

Patheos Explore the world's faith through different perspectives on religion and spirituality! Patheos has the views of the prevalent religions and spiritualities of the world.
I am a child of the nineties. It has been hard for me to admit this fact because I was never really plugged into the popular culture of the time, or at least so I thought. I grew up conservative, which once upon a time meant that the people I grew up with were supposed to be afraid of the popular, including of the cultures of popularity in the everyday spaces we inhabited. Conservatism at the time required an embrace of the elite and the esoteric. This was a sure sign that we were neither elites nor esoterically removed from sites of popularization. It was not so much the way we were, but what we wished we were, ideally, in the sense of a superego that deceives the self into the illusion that it has attained the perfection it has imagined.

The truth is that we were in the midst of the world, but as a sort of insurgency. My family, from whom I learned that we were conservatives, was also Chinese. We thought that conservatism centered a Cantonese sensibility, the passion of the exiled hero-intellectuals who protested corruption, imagined an order of stability built on a familial ethic, and fled for their lives or even sometimes committed suicide. This imaginary turned out to be a fantasy that did not have much correlation to how we actually lived. We had not in fact removed ourselves into exile. We were in the midst of a world of popularity, and we did not know that the sensibility of the conservative outsider in the midst of the popular world had actually been developed by a white man by the name of William F. Buckley in one of the defining texts of movement conservatism in the 1950s, God and Man at Yale.

I would argue that the conservatism of imagined exilic victimhood as familial insurgency in popular everyday spaces grew into full blossom in the nineties. Others may backdate this sensibility to the Leave It to Beaver days of the fifties or the time when the disciples of Buckley’s purported enemy Ayn Rand took over the governing establishments in the seventies and eighties. But conservatism, arguably since Edmund Burke wrote his Reflections on the Revolution in France, thrives on its insurgency, not in its ascendancy and grasp of the powers of governance. The nineties, the years of the Clinton Presidency, were perfect for the Right because they could frame everything from Madonna to Toni Morrison to Bill Clinton as liberal, however much the ‘Third Way’ of the Democratic Party was in fact a rightward turn that gave us ‘workfare’ (which was not welfare because you could only get it if you deserved it by working for it) and the Defense of Marriage Act (which featured a bunch of adulterous politicians denying monogamy to lesbian and gay people).

Liberalism, along with its libidinal economy, became for conservatives the mot du jour to conceptualize popular culture. To be liberal was to be crass, trashy, sexually experimental, and undisciplined in the passions. The channels by which this ideology of promiscuity included everything from Nickelodeon to MTV, and then straight up to the womanizing of the President himself. To be conservative was to take the high ground in these low spaces, to become an insurgent and therefore unpopular elitist. Liberalism was sexual, and conservatism reacted by being asexual, whatever the charges of sexual harassment against Clarence Thomas and the multiple affairs of Newt Gingrich and Dennis Hastert might have otherwise suggested.

Like all ideologies, this one from the nineties had gaps that had to be explained away. Whitney Houston, at least, believed in God, and so did Mariah Carey, it turned out. Madonna may have known how to push all of the Right’s buttons, but it was much harder to explain how the innocent characters on the Mickey Mouse Club became the sexual pantheon we know as Britney Spears, Christina Aguilera, Justin Timberlake, and Ryan Gosling. Conservatism and its aversion to the eroticism of popular culture was cracked from the beginning because of its attempt to create an equivalency between its asexuality and its Christianity. The problem was that a number of the gods and goddesses of MTV were Christian, and even if they weren’t, had once upon been stars of wholesome family entertainment of the Disney variety. Of course, for those who were real Christians of the asexual ilk, the icons of the times were written off as fake Christians.

It was, however, much more difficult to write off the fact that Christians themselves were sexual beings, especially if you were a Christian yourself. It is always worth being reminded, after all the shock and awe of the 2002 Boston Globe clergy sex abuse recently re-chronicled in Spotlight, that the texts indicating that all was not well in the Latin Church in terms of pedophilia, pederasty, and perversion in general were published in the 1990s, namely Jason Berry’s Lead Us Not into Temptation and Richard Sipe’s Sex, Priests, and Power: Anatomy of a Crisis. Evangelicals who got smug about ‘the Catholics’ were, of course, calling away attention away from their own scandals in the 1980s, especially in what might be called the tale of the two Jimmy’s – Bakker and Swaggart – the first of whom all-out gang-raped a woman who later appeared in Penthouse, while the second was caught running a prostitution ring. Those who scoffed at the irony of Jerry Falwell Jr posing with Donald Trump’s Playboy cover in 2016 seem to have forgotten the story about his father becoming friends with the publisher of Hustler, Larry Flynt. While that narrative is about the father telling the son that all men, even his presumed nemesis Larry Flynt (and presumably Donald Trump), have a shred of good that should be honored, the founder of the Moral Majority may have seen the deeper truth too: no one who has actually taken a closer look at who conservatives really are has ever believed the myth of asexual conservatism, and those who do have constructed a bubble unto themselves that they hope will never be popped.

In other words, the only way that one might have been persuaded of conservative asexual virtue was to construct an artificial world in which one (such as myself) lived and to pretend that all the eroticism in that bubble wasn’t actually there, or was a symptom of people flirting with liberalism, or (my favourite) was evidence that white people were more open-minded about their bodies than we Chinese people and that other Asian Americans who knew their way around popular culture were unfortunately becoming flirtatiously white. The proper psychoanalytic term for all this pretending to not know about what is clearly before one’s very face is repression, which as Foucault says (in an attempt to disagree with psychoanalysis while agreeing with its insights more than he ever did) happens by piling on discourse about sex and sexuality instead of refusing to talk about it. It should be no surprise that conservative circles were such scandalously sexual sites. All that repressed erotic energy has to go somewhere, and when it is contained as if in a pressure cooker, it is not hypocrisy when it explodes. It’s just how things usually go.

To have grown up in this conservative bubble is part and parcel, then, of what it means to be a child of the nineties. It wasn’t that I didn’t know about popular culture, styling myself as the classical music kid as I did. It’s more that I knew all about it from the backdoor – the Grease anniversary from friends who wore poodle skirts to school, the Clinton-Lewinsky scandal and the O.J. Simpson trial from watching television, Backstreet Boys and NSYNC from Spirit Week skits, Britney from pubescent boys ogling at her Baby One More Time album cover photo outside of Algebra 1. In fact, it takes a lot more hard work to avoid, deny, and repress my knowledge of these things, which is probably why all of the friends who flirted with liberalism have moved on and I am fixated on the cultural moment of the nineties. But the bonus angle that this fixation has afforded me is a vivid memory of what the terms conservative and liberal used to mean in an era obsessed with the libido. We have not fully departed that moment, as I meditated on with my post on the continuity between Madonna and Ariana Grande last week and as the popular mockery of the Kardashians – who should be taken seriously as an indicator of how popular politics actually work – also demonstrates. It is just that those fantasy categories of conservatism and liberalism, literally defined by their relation to the libidinal economy of popular culture in the nineties, have broken down. To the extent that these words still are productive fictions, perhaps we are all children of the nineties, and if that is the case, perhaps part of our conscientization will include going back down memory lane into the pop culture moments that are still with us now. 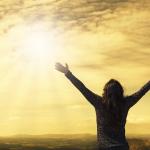 July 27, 2018
On my extended adolescence in differentiating from evangelicalism
Next Post 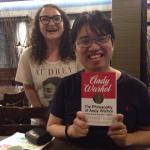 July 30, 2018 First thoughts on Andy Warhol and Eastern Catholicism, with thanks again to Eugenia
Recent Comments
3 Comments | Leave a Comment
"I can't believe you would consider the theological lightweight Kilby as a proper critique of ..."
antoniodec Fiat mihi secundum verbum tuum: on ..."
""Milbank criticizes Balthasar for being apolitical in his aesthetic reflections, and I can see how ..."
antoniodec Reading Sobrino on Óscar Romero and ..."
"the word is receptive, which has nothing passive about it but could be the most ..."
antoniodec Fiat mihi secundum verbum tuum: on ..."
"One can never "go home," not in this life."
billwald I’ve found my way home: on ..."
Browse Our Archives
get the latest updates from
Eastern Catholic Person
and the Patheos
Catholic
Channel
POPULAR AT PATHEOS Catholic
1