After the radio silence of my weekend in the wilds of Southern Indiana, many voices this morning:

Former NYT editor Bill Keller, echoing the It’s-time-to-get-outta-Dodge chorus that has included full-page ads from the Freedom From Religion Foundation in the NYT and WaPo, writes today (h/t Deacon Greg Kandra) that Catholics who disagree with Rome should stop dithering and vote with their feet. It’s a sentiment, Keller notes, that appears to be shared by the hierarchy. He cites Bill Donohue on then-Cardinal Ratzinger’s oft-quoted prediction that we’re moving toward a smaller, purer Church. Each side believes itself to be the possessor of the true deposit of faith, the legitimate successor of Peter, and Keller throws his weight to the progressives. He and the majority of his commenters advise remedies ranging from joining the Episcopalians or any number of splinter “Catholic but not Roman” congregations to starting up an American Church. At least Keller is honest in noting the nature of these options:  “Go where? Well, the history of Christianity is filled with schisms and offshoots.”

The Leadership Conference of Women Religious this morning issued its preliminary response to last week’s meeting with the CDF. In the brief statement (also h/t Deacon Greg), the LCWR positions the question as having wider implications than the canonical and doctrinal issues the Vatican has stressed. Claiming to speak not only for the LCWR members themselves but also for the thousands of sisters in the communities they represent, as well as for the Catholics of all states of life who have shown support for their position, the LCWR also appears to be contemplating whether it may be, if not time to get outta Dodge, time to get Dodge outta Rome.

While the LCWR officers reported that they were able to express their concerns during the meeting with openness and honesty, they acknowledged that the meeting was difficult because of the differing perspectives the CDF officials and the LCWR representatives hold on the matters raised in the report.

Since the release of the findings in April, some Vatican officials and US bishops have publicly claimed that the report is not a reflection on all US Catholic sisters and is directed only to LCWR, the organization of leaders. The board noted that the actions of CDF are keenly felt by the vast majority of Catholic sisters who have elected, and therefore feel a close identity with, their leaders. Moreover, the statements and gestures of solidarity from men religious and from conferences of Catholic sisters in other countries, as well as the letters and petitions from thousands of lay supporters worldwide, indicate that many others are also concerned about how to live as people of faith in the complexities of these times.

And then a more welcome voice, at least to me as I attempt to “live as a person of faith in the complexities of these times”—Leah Libresco’s announcement that she is moving her blog from the Atheist Channel at Patheos to my own new neighborhood, the Patheos Catholic Channel. It’s a move that’s much bigger than even the change of channels—and the profound life change that change reflects—would indicate. In a time when smart women are being told (and are agreeing, in large numbers) that any smart woman who stays Catholic is crazy/masochistic/suffering from Stockholm Syndrome/not really all that smart, to have a woman as smart as Leah making the leap across the Tiber is, well, frickin awesome. I look forward to drawing on her mad reasoning skills and wicked wit to answer my own Why-in-hell-would-you-get-back-into-Dodge? critics, but what I am most thankful for this morning is the flat-out joy in Leah’s voice. Yes, it’s a tough transition, and it took her awhile to come out to herself and to her world. But when the rest of the chorus is singing tight-lipped bittnerness through clenched teeth, how wonderful to hear this note of hope, of glee, of having the answer that counts even when many questions remain!

Over all, I feel a bit like Valentine in this speech from Arcadia.

It makes me so happy… A door like this has cracked open five or six times since we got up on our hind legs. It’s the best possible time to be alive, when almost everything you thought you knew is wrong.

Knowing. Like me, Leah has felt the appeal of gnosticism, that thirst to know the unknowable. And at some point, she also recognized that the Unknowable wanted to know her—and that there was one place where that unfathomable fathoming might take place. Against all odds, Dodge.

I believed that the Moral Law wasn’t just a Platonic truth, abstract and distant.  It turns out I actually believed it was some kind of Person, as well as Truth.  And there was one religion that seemed like the most promising way to reach back to that living Truth.

I think it’s significant that Leah is happy, that I’m happy a lot of the time, when so many of the get-outta-Dodge voices are gloomy or strained or angry or afraid. I think that happiness is rooted in answering The Only Real Question, the one my friend Perry Martin always asks: “Does it matter?” If the Church and its Tradition, its link to the living Truth, don’t matter, for example, then you can get outta Dodge today and not look back, or sit around whining about what a crappy place Dodge is. If that living Truth does matter, you’ll stay or come back or come over with gladness, no matter how tough it is sometimes.

In the classic scene from City Slickers, the tough trail boss Curly reveals the secret of happiness. It’s “just one thing,” he says, and you’ll know it when you find it. For me, for Leah, for millions now and through the ages in every corner of the world—even smart women—that One Thing subsists in the one, holy, catholic and apostolic Church.

Even smaller, the Church will never be diminished. Even purer, it will never be perfect. Though it will dance with the times, more or less awkwardly depending on who’s leading, it will never quite fall for the old delusion that der Zeitgeist and der Heilige Geist are one and the same. It comprises and embraces, even when they’re repelling one another like opposite-pole magnets, the LCWR and the CDF, the popes and the prophets, the sinners and the saints, the foot and the hand. The title of Leah’s blog, chosen from Scripture in an ironic nod to the dialogue between an atheist and a Catholic, remains just as spot-on a description of the citizens of Dodge. We’re all Unequally Yoked to one another, to our Tradition, to the Truth who loves us, but we stumble along together anyway. Happily.

As Curly says, all the rest of it is shit.

June 15, 2012
Of Divine Bondage: When the Ties of Religion Unravel
Next Post

Boom: how one priest transformed a...
The Deacon's Bench
Related posts from Egregious Twaddle 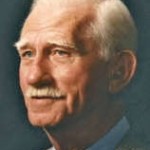 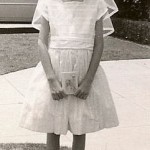 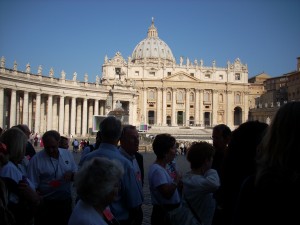