Appearing as it does on the day the Nuns on the Bus tour kicked off, Melinda Henneberger’s appreciation of Corita Kent (h/t to Fran Rossi Szpylczyn) is well-timed. It’s easy to invoke Corita, as Henneberger does, as a kind of forerunner and patron saint of the sisters who find themselves engaged in conflict with the male hierarchy over Rome’s critique of the LCWR, as she was a Sister of the Immaculate Heart of Mary when that order went through a similar stretch of conflict nearly half a century ago.

It’s easy to read Corita’s catalog of serigraphs—the joyful oeuvre that the men of the L.A. Archdiocese termed “weird and sinister images”—as a kind of breviary of Vatican II Catholicism, infused with the Spirit, engaged with the culture, speaking peace and justice to power as prophets have always done.

And so it’s also easy for Henneberger’s combox to accrue comments that dismiss Corita and the LCWR as “embarrassing Marxist buffoons.”

The truth, though, is never that easy.

The witness of women religious does not come down to Nuns on the Bus v Cloistered Soapmaking Nuns. In her life, both in the order and after she left it to live as a laywoman, Corita was some of both of those things, and neither one. Her art was her activism and her Divine Office. She saw symbols everywhere—“tongues in trees, books in the running brooks, sermons in stones and good in every thing,” as Shakespeare put it—but refused to be reduced to any one symbol herself. Corita was herself, an artist, a visionary.

It’s that vision, irreducible as it is to stereotypes, that I think we are wise to join Henneberger in invoking for the Church. Corita’s charism was looking at the world in new ways, juxtaposing seeming opposites—advertising graphics and Eucharistic theology, for example—into a radical harmony. She earned censure and ridicule for it, as with the 1964 serigraph “the juiciest tomato of all,” which quotes poet Sam Eisenstein’s recognition of what Corita was up to:

“If a canned food company feels justified in saying their tomatoes are the juiciest, it is not desecration to say, ‘Mother Mary is the juiciest tomato of them all.’”

That sounds like the worst New Age crap if you don’t know how deeply rooted Corita’s incarnational spirituality was, if you don’t recognize the long history of devotional references to Mary’s “juiciness,” including Gerard Manley Hopkins’ “Spring”:

What is all this juice and all this joy?
A strain of the earth’s sweet being in the beginning
In Eden garden. – Have, get, before it cloy,
Before it cloud, Christ, lord, and sour with sinning,
Innocent mind and Mayday in girl and boy,
Most, O maid’s child, thy choice and worthy the winning.

If Corita were with us today, I don’t think she’d be on the bus—or criticizing those who are. I think she’d be doing what she always did, what God sent her into the world to do: teaching us to see. Henneberger quotes artist Dale Loy, a student of Corita’s, on the value of that lesson for seeing past dead ends.

“She taught me how to see the wholeness of life — to draw upside down or see 50 things in your room you’ve never really looked at before — an incredible way to jostle our closed circuit of doing things the way we’ve always done them.”

She’d be making us do what she made us do back in the art room in the catacombs under the old IHM convent building in Hollywood: look at apparent conflicts from a different angle, single out a 1-inch square piece of the puzzle that is the world and recognize that it might be the key to understanding, draw everything 50 times with the opposite hand until there’s no opposition left. She’d shake her head and grin her sharp triangular grin at our intransigence and our giving up on the Church and the world and one another, and she’d put us to work.

On her classroom wall, Corita posted this:

The only rule is work.
IF YOU WORK IT WILL LEAD TO SOMETHING.
IT’S THE PEOPLE WHO DO ALL OF THE WORK ALL THE TIME
WHO EVENTUALLY CATCH ON TO THINGS.

Melinda Henneberger shares her pain and puzzlement at “the consistency with which the higher-ups insist on crushing some of our juiciest tomatoes.” Corita, having been crushed, might just say you can look at that crushing as oppression. Or you can turn it upside-down and see it as the first step in making the best sauce ever. In any case, the juice is never lost.

Whose June Is It?
Mudblood Catholic
Related posts from Egregious Twaddle 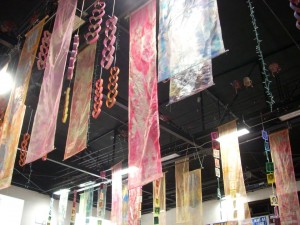 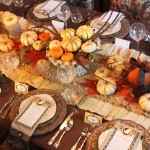 Catholic
Thank You, and Please Pass the Faith
Egregious Twaddle