On Labor Day, Saying Thank You 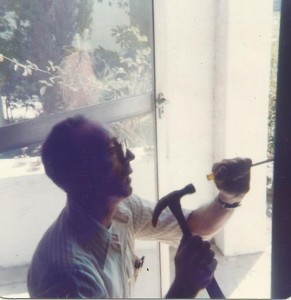 Are you off today for the Labor Day holiday? Don’t forget to say thanks.

Thank the barista who brews the latte you can relax over, the waitress at the IHOP, the grocery checker who rings up the last-minute stuff for the cookout. Thank the amusement park cast members, the movie ticket sellers, the baseball umps and peanut-tossers. Thank the lifeguards, the park rangers, the zookeepers, the museum staff. Thank the folks who refold all the clothes and rematch all the shoes during the blowout one-day sale at Kohl’s, Kmart, Wal-Mart, wherever.

Thank the tollbooth workers, the TSA screeners, the bus and train drivers, the ferry captains, the guy at the gas station who sells you beef jerky and a MegaGulp for the road. Thank the baggage carriers and the babysitters, the dogwalkers and the kennel swabbers, the rental car agents and the golf caddies. Thank all the people on all the lines in all the shops working right now to make the stuff you buy, the farmers on all the farms and in all the feedlots and slaughterhouses who put the food on the picnic table.

Thank the cops responding to the beer-fueled BBQ fights, the EMS servicepeople, the nurses and doctors and bedpan emptiers. Thank the firefighters out on the hills saving your home from the September winds or in the backyard saving your garage from the deep-fryer experiment. Thank the trash haulers and the recyclers and the plumber who unclogs the pipes that only and always back up on holidays.

You can think of a million more if you put your mind to it. But don’t just spare a grateful thought. Say Thank You—in person, looking into the person’s eyes, and meaning it—to every worker you encounter today. It’s the least we can do, on a day when, as the US Catholic Bishops remind us,

Half of the jobs in this country pay less than $27,000 per year. More than 46 million people live in poverty, including 16 million children. The economy is not creating an adequate number of jobs that allow workers to provide for themselves and their families. Jobs, wages, and poverty are interrelated.

Whether you’re working or on holiday today, then, there’s a good chance that you’re underemployed and underpaid and scrambling to care for your own family. Thank you, even more, for your sacrifice—as noble as the sacrifices we remember on Veterans’ Day and, like the sacrifices of so many of those in military service in the past, made under conscription and not voluntarily.

If you’re not employed—because you’re still searching, because you’ve given up searching, because you are no longer “employable,” because you’ve bought into the lie that work is a joke and not worth doing—you’re being prayed for, urgently. Work has so many personal, societal, spiritual benefits, as Peggy Noonan’s WSJ reflection points out, but it’s a whole lot easier to wax philosophical about them, and not hoot with pained cynicism, when you’re working. By God’s grace, may you have reason to give thanks this time next year.

This Labor Day post is brought to you in memory of my dad. His job description, for most of his life, was Laborer. He was a union man and a shop steward. He worked rotating shifts—7 days on day, 7 days on swing, 7 days on graveyard, then 5 days off. He was an enthusiastic but not very skilled handyman, a WWII veteran, a guy of deep but quiet faith, an alcoholic who worked so hard and so long to battle his demons, often lost, but got up every time to go to work again. He was the salt of the earth, and in losing his generation, we’ve lost a good bit of savor.

Please thank the workers around you today, in Pete’s name.

September 11, 2013 The Power of Names: 9-11, Nameless Children, and Deportees
Recent Comments
0 | Leave a Comment
Browse Our Archives
get the latest from
Catholic
Sign up for our newsletter
POPULAR AT PATHEOS Catholic
1