The Power of Names: 9-11, Nameless Children, and Deportees

Can a mother forget her infant, be without tenderness for the child of her womb?
Even should she forget, I will never forget you.
See, upon the palms of my hands I have written your name. (Isaiah 49:15-16)

I’m thinking about names today—the names of the dead. The tolling bells this morning, the moments of silence into which fell, one by one like stones into the rippling reflective pool of memory, the names of those who died 12 years ago today. We all have our snapshots, our soundbites of 9-11 and the days that followed. I remember the names most of all, perhaps because the New York Times did such a faithful job of putting together the names of the dead with their photographs and the stories of their lives. It was like a wake that lasted for months, and the rereading of the names every year at memorials at Ground Zero and the Pentagon and in the Pennsylvania field make it impossible to forget that these were real people we lost.

The power of names is nothing new. War memorials list the names of local men and women lost in battles going back centuries. The children and grandchildren of those killed in Vietnam make the pilgrimage to Washington to trace the names of their loved ones as they appear carved on that wall as stark as death. Weekly, the PBS News Hour runs a silent crawl of the names, ages and hometowns of American service personnel killed in action where we have a military presence around the world.

Knowing the names of the dead makes it harder to distance ourselves from the loss, harder to dismiss the lost as faceless casualties or disease victims or collateral damage. The most moving part of an American Cancer Society Relay For Life is the luminaria ceremony: As darkness falls, lanterns are lighted bearing the names of people who lost their battle with cancer, people still fighting, and people who survive. The names are read aloud, and the luminarias remain glowing along the track all night as relayers walk or run or sometimes just stand holding one another and weeping. The Names Project, which memorialized those who died of HIV/AIDS with individual quilt squares created by their loved ones, did much to help the world see all of those lost to what was then known as “the gay disease” as people with names and gifts and families.

When we rob people of their names in death—reducing them to numbers or generalized populations—we rob them of their humanity and their identity as children of God, relatives of ours. Last night, during his address to the American people, the president attempted to use the children of Syria, allegedly killed with Sarin gas on August 21, to provoke emotional support for his plan to use military force in yet another Middle Eastern country. He offered no names. And I couldn’t help but think of the nameless children of Pakistan, killed regularly and without acknowledgment, as “collateral damage” in American drone strikes. And then there are the millions of children who never had names, the unborn who die of chemical warfare in their mothers wombs, or lie dismembered on the cold floors of clinics–“collateral damage” of our nation’s and this president’s unfathomable desire to ensure abortion without regulation as our daughters’ most precious birthright. You will not hear the president mention those children.

The power of names is our heritage as People of the Book. In calling Moses, God entrusted him—and through him the whole of Israel—with God’s own Name, so powerful and holy that it could not be spoken aloud. In Jewish tradition, the worst fate that can befall a person is to have her name blotted out in death, not remembered. The Jewish New Year’s greeting is May you [your name] be written down in the Book of Life for a good year. In Isaiah 49, the Messiah is called by name and promised that this name will be imperishable. Jesus’ own Name is, as linguists would say, performative: Yeshua means “God saves,” and in Jesus that salvation is enacted in the flesh.

This reflection on the power of names was initially prompted by a story I came across earlier this week, a week after it appeared in the Los Angeles Times. Growing up in California, I was familiar with Woody Guthrie’s song Plane Wreck Over Los Gatos, particularly as performed by Judy Collins. The song recalls a 1948 plane crash in which 28 Mexican farm workers—some of them legal braceros, or migrant laborers under contract, others here illegally—were killed as they were being flown back home. Buried in a mass grave in Central California, the dead were referred to simply as deportees. Their names were wiped out . . . until this year.

At a memorial service that was 65 years in the making, decades after Woody Guthrie sang “all they will call you will be deportee,” the real names of 28 Mexican nationals killed in a plane crash were read at a Mass here on Monday.

The unexpected moment came when the large crowd spontaneously repeated each name.

In 1948, a plane chartered by U.S. Immigration Services went down in Los Gatos Canyon, in the hills above Coalinga.

All 32 aboard were killed in a fiery crash, including 28 farmworkers, many of whom were part of the former bracero work program. The workers were buried unnamed in a mass grave in Fresno.

Stricken by the anonymity of the grave and the plight of farmworkers in general, Guthrie wrote the poem “Plane Crash at Los Gatos.” It was later set to music by schoolteacher Martin Hoffman and the song lived on, recorded by a string of artists, including Bruce Springsteen and Johnny Cash.

In 2009, writer Tim Z. Hernandez began a search for the real names of “the deportees.” Once he had the beginnings of a list, the Roman Catholic Diocese of Fresno teamed with him to raise $14,000 for a memorial scroll.

On Monday, the once unnamed deportees’ names were unveiled, written in stone.

Salvador Cruz Bolanos, 91, sped his mechanized wheelchair over to the stone while it was still wrapped in a serape.

His daughters had read a newspaper article about the search for the deportees’ names. They translated it into Spanish for Bolanos, a former bracero.

“We read the names out loud, and all my father could do was bow his head deeper and deeper,” said Norma Bolanos of Fresno. “It was very important for us to be here today.”

Reading about the memorial Mass on Labor Day, and grateful for those (including the Diocese of Fresno) who made sure the deportees’ names now live on, I wept. It’s been 65 years since those farm workers died, and things have not changed all that much in the fields of California. There are still too many of us who would prefer dismissing migrant laborers and undocumented immigrants with anonymous epithets far worse than deportees.

We all have the power to keep names alive. We can refuse to dismiss the dead—or the living, for that matter—with numbers and generalities and slurs. We can remember that every person has a name written on the palms of God’s hands. We can do our best to learn those names, see those faces, recognize family. As the sun goes down on this day whose slogan has become NEVER FORGET, this is the lesson I want to remember. 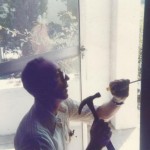 September 2, 2013
On Labor Day, Saying Thank You
Next Post

September 12, 2013 Hey, Who You Callin' Egregious?: More on a Blog Name
Recent Comments
0 | Leave a Comment
Browse Our Archives
get the latest from
Catholic
Sign up for our newsletter
POPULAR AT PATHEOS Catholic
1