Voting Based on Outcomes: the Problem Nobody is Considering

Voting Based on Outcomes: the Problem Nobody is Considering August 17, 2016 John Mark N. Reynolds 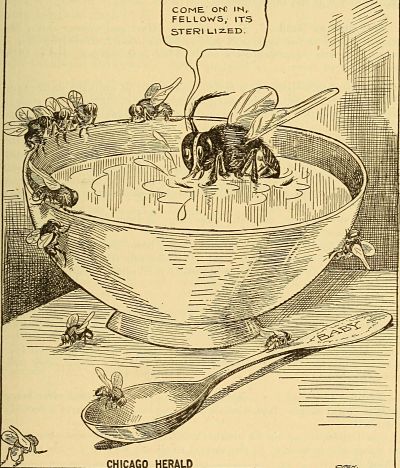 Suppose you have the choice of the lunatic John C. Fremont, the pro-slavery incompetent James Buchanan, and Millard Fillmore running on the nativist Know Nothing Party. Generally, Christian ethics would say: “Do not vote for the person who has disqualified themselves.”

There are many reasons for this position. Perhaps, the best is that if you vote for a bad man, then you have done an evil and the best you can hope is that good will come of it. There are times when, perhaps, the lesser of two evils is the only option, but voting is never one of them.

My vote does not do enough for my preferred candidate given the size of the electorate! The harm I do the other candidates and the good I do my picked Evil is little. The harm I do myself is certain.

Suppose I decided to vote for the pro-slavery Buchanan and tell others I have done so. I have associated myself with race based slavery, no matter how many disclaimers I make. Second, people do not tend to stick to “my evil guy was a bit more likely to do less harm.” Instead, they begin to rationalize. Perhaps, a racist is not quite so bad as being a land grabbing lunatic or perhaps my candidate is not as racist as John C. Calhoun was.

The American public, if Buchanan wins, has now grown accustomed to electing a racist. Especially if things do not turn out too badly (unlike Buchanan!), we are tempted to say: “We voted for one racist and it was not so bad . . . why not this one?” It is very, very hard for a nation to accept a man as the Commander in Chief and hold the line on his vice later.

In short, a vote for Fremont might get me Supreme Court justices that would not produce the horrific Dred Scott decision, but I would have had to accept his land grabbing, ethnocentric ways to do so. The fact that he was more than a bit unhinged would no longer weigh quite as much with the general electorate once the man had won.

We tend to clothe our winners in virtue and our losers in vice.  Good men become different when they wiggle their way to justify voting for a man they know to be bad. It grinds on them. Their conscience is seared just a bit and less apt to see racism, misogyny, or other evils as quite as evil.

Imagine that one believed that liberty was on the line in an election. If I don’t vote for Fremont, then liberty will fail. I still cannot vote for Fremont because liberty is not the only good. Without a morally virtuous electorate, liberty degenerates into licentiousness and will fall into tyranny in any case. Plato knew it (Republic IX) and Jesus confirmed it. You cannot be free if you will not be good.

If we accept evil that good may come, then when the good comes, we may be so evil we cannot enjoy it.

God save the Republic from making the electorate worse, or God help us to not make ourselves worse, to win four more years of hope.

August 18, 2016 You Can Justify Almost Anything if You Like the Person
Browse Our Archives
get the latest updates from
Eidos
and the Patheos
Evangelical
Channel
POPULAR AT PATHEOS Evangelical
1

Evangelical
The Ad Celebrating Greece that Facebook Will Not...
Eidos

Evangelical
King Jesus and the Martyred Gregory: An Example...
Eidos