Prayer for a Just Peace in Europe

Give thanks for the cold warriors and the American Christians wise enough to know that only a just peace can be a lasting peace. These Christians, Orthodox, Catholic, and Evangelical, stood firm for decades against the evils of the Soviet Union. They drew lines globally that kept millions free, and in the age of Reagan saw millions more come out from Communism. If you went to a Christian college in the period, you know this achievement came from the pews, not the faculty lounges.

Christian professors were ashamed of anti-communism, and if you raised the millions murdered, would quibble about the number. “N0, not sixty million. Only twenty-five.”

They wanted nuance, not Reagan. After all, they noted in refereed papers, the Soviet Union and the gulags were here to stay—until they were not. A generation later, many of their students have forgotten how common was the treason of the clerks toward a just peace.

When you meet anyone over fifty, remember they carry this memory.

Talk to an older worshipper in the Russian Orthodox Church outside of Russia. Many of them have the scars, physical and emotional, from the terror. Thank God the war was won, and the Christian college faculty were ignored.

This is not to glorify war, be it hot or cold.

Peace is the ideal, if it is a just peace. Quiet can be based on fear and oppression: the quiet of tyranny is not a good peace. The orderliness of any Communist state comes with millions of deaths, and at the cost of liberty and justice. While the New York Times was getting Pulitzer Prizes for toadying to Stalin, American Christians of both parties were voting for a just peace.

If war there must be, then better a Cold War than a hot one. The serious people of the time, in both parties, managed to keep the temperature of the conflict low enough for humanity to survive. The consensus frayed as the decades passed, but Reagan was just eloquent enough to summon our better angels to prevail.

Sadly, a bipartisan lack of seriousness after this victory may have frittered away much good and left the possibility of renewed evil. We defeated an evil empire without helping Russia find a just peace.

We should have done more. How?

Sages like Solzhenitsyn saw the faculty lounge lizard’s folly: moral decadence might prevent victory. The good news was that our virtues in the era of Civil Rights outpaced our errors—think of the Sexual Revolution and so the Cold War was won. Yet, our corruption continued after victory and so nations like Poland and Russia see themselves being corrupted. The next generation of roue will make a Vegas of Warsaw and Moscow.

They dissent, but badly. Justice would bring a renewed moral life. Europe is senile: the wages of colonial sin bring death. The great nations of North America, including the United States, are no help as they, too, are morally unfit to lead.

These are perilous times. 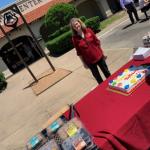