I feel myself in need

Of the inspiring strains of ancient lore,

My heart to lift, my empty mind to feed,

And all the world explore.

I know that I am old

And never can recover what is past,

But for the future may some light unfold

And soar from ages blast.

I feel resolved to try,

My wish to prove, my calling to pursue,

Or mount up from the earth into the sky,

To show what Heaven can do.

My genius from a boy,

But could not thus confined her powers employ,

Would spread her wings, her power to be unfurl’d,

And let her songs be loudly heard,

And dart from world to world.* 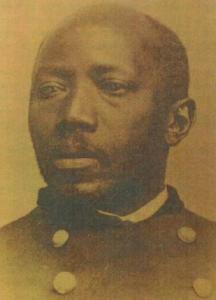 Poets give much wisdom in a few words. Mediate on the poem with me.

Horton was enslaved, but no man could be his master. Yet Horton knew that life was not his own. He was God’s man and God had given him life and that life right now was a preparation for a deeper life to come. By the time he wrote this poem, he was old and understood that so much of his longing would not, could not, be fulfilled this side of death.

You cannot live until you come by nature to death.

His calling was too great for a lifetime. Surely evil men had held him down more than most, but if not, there was still not enough time. This man in himself was greater in his vision than one lifetime. No matter how much got done or accomplished, there was more to see, do, and love.

Horton had eternity in his heart and mind. He saw the beauty of the world and could not wait for a higher plane of existence where capacity would come closer to desire. As a man, he wanted all the worlds and his soul called out for more.

This was good. The good God put that calling in his heart. As a result, in the end, Horton was “impatient to depart.” He wanted the life of the world to come and was wise, as Plato and Moses were wise, to wish this was so. He did much against all obstacles, but there was so much more even he wanted to do even in this terrestrial realm.

Old age was a real impediment to his dreams. No man can own a man,  truly impede the pilgrim’s progress. There is a greater challenge: age is an inseparable barrier that comes to us all. We are limited, but this limit is like an entry barrier before fewer limits. Horton had experienced one kind of freedom from an unnatural limit and so he could only imagine the freedom that would come when he was transfigured past the natural limit of age.

All of us face the limits of our bodies. They tell us the truth, yet not all the truth. They limit until they do not. Someday something better is coming when our soul gains a new body and so our:

And dart from world to world.

February 17, 2022
Facts, Not Negotiable, but Not Everything
Next Post

February 19, 2022 Prayer for a Just Peace in Europe
Browse Our Archives
Related posts from Eidos 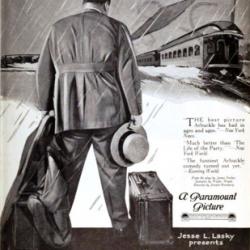