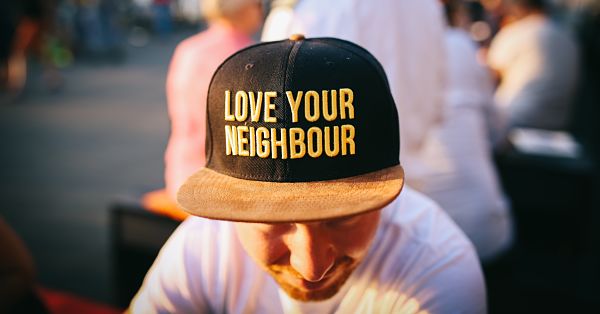 The United States of America is, taken as she is with all her faults, a wonderful nation. This does not mean we are perfect. We were not, are not, and will not be perfect. The United States is not “special” like ancient Israel was special: God’s chosen people. Our national history is stained with hypocritical choices and a failure to live up to our ideals.

And yet . . .after another election, I am proud to be a citizen of the United States of America. Our ideas are excellent and there are few nations that have had the ability to conquer the world without using that ability. What is great about America?

We can walk safely through almost every neighborhood in America and find friends.

We are a safe nation. Crime is down and keeps going down. There are unsafe places in America, but compared to most of the world, there are few “no go” zones or places where most Americans are not welcome. I live in a Republican neighborhood and work in a Democratic neighborhood and find friends in both places.

Whatever social media makes it appear to be, the nation is not that divided by politics. We like each other and most Americans I meet are not full of rage about politics. If anything, we care too little. Many people thought both candidates very flawed and were afraid of the “other person.” Can we unite?

We can. I pray our President Elect will help with that process.

Our elections for President are free and fair.

I did not want Donald J. Trump as the Republican nominee, but a plurality of my Party disagreed. Safe to say, if things were “rigged” by the Establishment, Trump would have lost, but he won. Nothing is impossible if the voters decide they wish it. Today we have a President-Elect following an election day that will have contained some fraud, some voter suppression, but nothing like most of the world suffers. The winner of the electoral college is President-Elect and we can respect that decision.

I did not vote for Donald J. Trump, but he will win and he is my President. God bless him.

The nation  was willing to elect a woman President of the United States.

Secretary Clinton was a very poor candidate, but she could have been the next President of the United States. My grandmothers were born in a nation where they could not legally vote and Secretary Clinton ran and lost on the merits. If she wasn’t my choice, and she certainly was not, she lost on her vices and not on her gender. She was a bad candidate and Bernie showed it in the primaries.

We are not rioting and the military will not take over the country.

We elected President Trump and the world will not end. I need to deal. If you cannot, what is wrong with you?

Information is now widely available and will allow us to break up oligarchy.

A bad part of Clinton winning would be the “insider” aspect. Safe to say, the Establishment preferred her to Mr. Trump. (See the Stock Market when it looked like Clinton might be indicted!) However, WikiLeaks has exposed the connections between Mrs. Clinton, the media, and major donors.

Clinton lost against a very weak candidate and she may be the last one who can get away with her level of shenanigans. The leaks are too easy now and social media swamped us with stories from any conceivable perspective. Nobody was silenced.

Many Christian thought leaders showed they put principle above partisanship.

Few brave Christian leaders followed the example of Cornel West on the left and called out Clinton corruption, but a very large group of Christian leaders on the right let Trump have it. People like Russ Moore, Al Mohler, Beth Moore, Joe Carter, and so many others had much to lose and little to gain by refusing to back Mr. Trump. Others like Hugh Hewitt voted for Trump, but only with great reluctance and after calling for him to step aside and doing all they could to oppose him.

Now it is time for all of us to see where we were wrong and pray for our President as I have done every day of the Obama presidency.

The Constitution will check the power of the next President.

It is true that a Trump presidency will do the unpredictable, but it also true that Clinton would have been bad.

Ignore people who see the “end of the world.” Note any commentator who said “this is the last election” and ignore them as 2018 comes and the GOP makes major midterm gains. The Republic will continue.

Sunday I can go to Divine Liturgy and you can do as you wish.

Unlike some of my brothers and sisters in the Middle East, this Sunday I can go to church in safety. Nobody has to go to my church, but you can if you wish. (And you should visit!)

We are one of the most diverse nations on Earth and are making it.

The United States will soon have no majority racial group. We are made up of many nationalities, yet we are making it as a society. We have strains, but few have ever pulled off what we are doing: tolerance of diversity in a multi-cultural society. This has brought wonderful blessings in the arts, daily life, and in ideas.

We are far and away the most powerful nation on Earth and are handling it fairly well.

The US military is unmatched. We would be capable of defeating the rest of the world if we chose to do so, but we do not. We keep the seas safe from piracy. Our economic might is great and our trade enriches many nations. We create more wealth than we consume and are the most generous nation in the world with that wealth.

He won. Particularly in foreign policy, as much as possible, our disagreement with him must end at the border! We are all Americans. We will be calm, remain part of a loyal opposition, and work with our new President where we can to make the nation better. God save President Elect Donald J. Trump and God save the Republic!

November 8, 2016
Five Things to Watch on Election Day
Next Post

November 10, 2016 On Elections: A Letter from My DOD (Dear Old Dad)
Browse Our Archives
get the latest from
Eidos
Sign up for our newsletter
POPULAR AT PATHEOS Evangelical
1 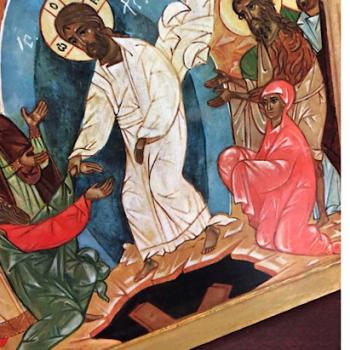 Evangelical
The Sure and Present Hope (Pascha: The Son...
Eidos
TRENDING AT PATHEOS Evangelical

How Can I Work Toward Reconciliation with a...
We are in a season where it seems there have never been...
view all Evangelical blogs
Copyright 2008-2021, Patheos. All rights reserved.
error: Content is protected !!