The American Story for the Loyal Opposition 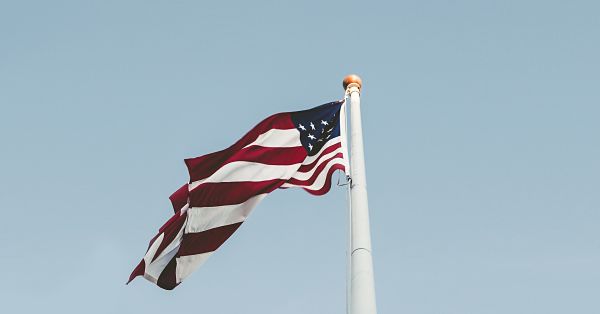 Is the story of America one of manifest destiny?

Is the story of America so great that a global church should cry: “America first!”

Every nation needs a myth to unify and give meaning to our actions. A myth in this sense of the word is what Plato created: a likely story. It is not just a series of facts, but facts put into an explanation. It is a likely story. If we learn new facts, we will have to account for those, but it is the best story we have.

As a Christian, I must see the story of my people, the American people, as a tale of good and bad, because all human tales are mixed. We were born from a mix of classical, Christian, and Enlightenment ideas. We spoke for liberty, while being one of the last Christian nations to defend slavery. We argued for suffrage, but forget half of humanity is female. While we provided a home for immigrants around the world, we found the space by lying, murdering, and ripping off the First Nations.

We beat the Nazis, but provided them with eugenic “science” from places like California. Lincoln freed the slaves, but one can still visit “Christian” colleges that glorify the slave owning South.

CS Lewis had it right in his great novel That Hideous Strength where he pointed out that Great Britain had two histories: one sordid and the other noble. He recognized that this was true of every nation. A Christian take on America must account for Lady Liberty and old Jim Crow.

We are the tension between the desires of the mob, the abuse of the majority over the minority, and liberty. We were founded on the philosophy of Christian apologist, John Locke, but flirted with the degenerate secularism of the French Enlightenment. We managed to produce men who fought to the death for their ability to define people as property, just as we now have produced people who will fight to the death to define men as women and women as men.

The founding of America was glorious and did great good: we were a light to liberty. We also corrupted the world with our consumerism. We are Capra and “greed is good.” We are Jackson fighting at New Orleans against an Empire and Jackson forcing a Christian people to a trail of tears.

We are neither a shining city on a hill nor the worse people that ever lived. Can the truth save us? We are broken, we have made mistakes, we have killed. We are not a righteous people, but also not without our saving graces.

That is the American story: America my home, her wrongs to right, her good to honor. America: God shed his grace on Thee, because by God we need it just now.

February 5, 2017
A Book for this Time: Watership Down
Next Post

How Not to Interpret the Bible. Part Four--...
The Bible is a wonderful collection of all sorts or genres of...
view all Evangelical blogs
Copyright 2008-2021, Patheos. All rights reserved.
Close Ad