Just be Practical: Do Science, Have a Mind 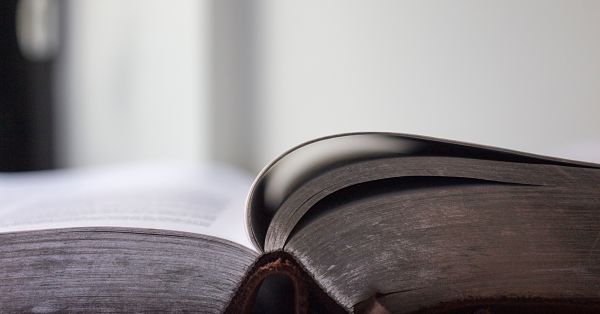 This is good news and is a hopeful sign in our very divided Republic. I am thankful for non-theists like my professors at Rochester and Michael Shermer for whom reason comes first and ideology comes second. Christians should follow their example. Forms of Christianity that say that “faith is believing things despite the evidence” are forms of madness. We need faith seeking understanding . . . a motto from Augustine not the liberal seminary down the street.

Of course, saying faith can be held reasonably does not mean a particular idea within a faith is reasonable. While is it (obviously) true that one has to make some philosophic assumptions before doing science, let’s just get on with science! I am sympathetic to this view.

In fact, I cannot think of few things that are worse that rocket engineers wasting time doing philosophy badly when they could be getting us to Mars. Get us to Mars, women and men of NASA and leave the philosophy to the philosophers. Yet this would mean that they should stop opining about philosophy or pretending it is unnecessary. If you just want to build rockets, stop telling us that building rockets shows that materialism is true.

But if you just wish to build rockets and now worry about all this, by all means do so. Don’t pretend that tells you anything about religion (to give another example). Christianity, Islam, and Judaism contributed heavily to the development of science and the scientific method (start with Robert Grosseteste and keep reading). Nothing about certain kinds of religion make science impossible.

Some religious ideas have been falsified by modern science and often religious people did the work! Good forms of religion examine the world, God’s revelation, and change over time. Why? Just because we hear God, doesn’t mean we hear God well! Anybody in any kind of relationship knows this is true! She may speak perfect love words and I hear something else altogether.

But wait . . . if you are getting tired of this and think it a “word salad” stop reading. Go do science. Just stop talking about “the nature of science,” defining epistemological terms, and making Big Philosophical Claims (TM) for science. Make a rocket. Get us to Mars. If you do, then it will not have been your atheism or theism that got us there, but the rocket. Christianity could produce science and sustain it, but atheists can certainly do science! By the way, so can Christians.

Philosophers (mostly) agree that we need science to tell us what is and what could be. We know that is helps us know what ought to be, though it is not enough to know what ought to be. Of course, if I am going to say something about science, then I better get up to speed on the relevant data. Those are the rules of the rational life.

There is much more work and great discussion to be done as we think about what should be the philosophic underpinnings of society. For example, I am with the Christian apologist and philosopher John Locke in arguing for an Enlightenment form of government and the right of a people to revolt against a tyranny. Some Christians disagree with me and some atheists (I bet Shermer!) agree with me. We can discuss this rationally and calmly and decide.

Scientists are more than welcome if they wish to get up to speed on philosophy too .  . . or they can leave it to the rest of us and go build rockets. Since I would like us to get to Mars, I vote that the rocket scientists stop wasting time doing philosophy and theology badly and go get us there. I am hoping to help start the first accredited, classical, Christian k-college school there.

March 12, 2017 The Constantine Strategy in the Benedict Option!
Browse Our Archives
get the latest updates from
Eidos
and the Patheos
Evangelical
Channel
POPULAR AT PATHEOS Evangelical
1