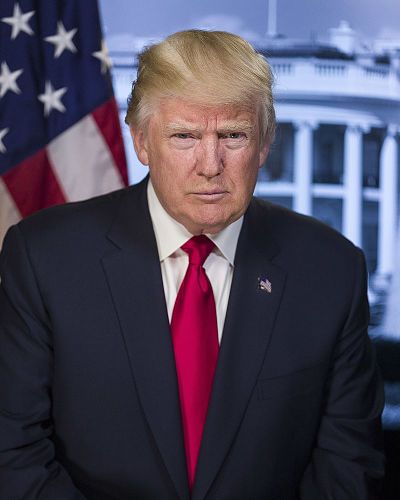 One hundred days have passed in the Age of Trump.

I did not vote for Mr. Trump, yet, for the next four years (God willing!), President Donald Trump is my President. I honor the office, if not the man. As an American, I am a member of the loyal (non-Democrat) opposition, but that does not mean I want the President to fail. Love of country is more important than any partisan disagreements. This means I am happy when the President does well and sad when he does poorly.

As Christians we know love of country, patriotism, is not the highest love, but it is still love. We want to support our nation and her leaders. We want President Trump to do well.

After one hundred days, what do I think?

On religious liberty, President Trump has done nothing but provide feel good statements, but that is better than what President Clinton would have done. Generally, placation is better than persecution.

Illegal immigration is down.

North Korea is being confronted as they develop nuclear weapons.

Our ambassador to the UN is Nikki Haley and she is a friend of our friends and a clever foe of our enemies.

President Trump has rolled back many executive orders that were choking our economy.

President Trump does not hate the Orthodox Church or my religious freedom.

The roll back of Obamacare has been a mess. Nothing has happened yet, so it is hard to evaluate. Still the messaging has been bad, the “plans” have been convoluted, and people have been frightened needlessly.

The administration policy toward immigrants is either uncharitable or unenforceable depending on the Court and the day of the week.

The President has created a Gilded Age level of potential financial compromises and problems.

The rise of Ivanka is disturbing to freedom loving conservatives and those who worry about nepotism.

The President has been intemperate in his use of social media and has shamed the United States of America.

Americans faced two unfit candidates in 2016. We elected one of them. On balance for traditional Christians, the situation is better than it would have been under President Clinton. I am thankful for that fact. On the other hand, I am sorry that President Trump’s gross behavior, graft, and immorality is staining the Faith and harming many of our brothers and sisters in Christ who are (Biblical language) “strangers and aliens.”

I am sorry that Trump won, but glad he beat Clinton. I am glad for some of what President Trump does, but sorry that it is Trump doing it. This seems complicated only to American Christians. Sadly, politics in Syria is more the norm for us.  In Syria, you can be for the monster who will let you live or the monster who wants you dead. Those are the choices.

Christians have “clean hands” in politics if  we are sensible, because we are for no evils, but happy about the good anybody does. God save our Republic and God save our President Donald J. Trump.

May 9, 2017 Listen to Hope!
Browse Our Archives
get the latest from
Eidos
Sign up for our newsletter
POPULAR AT PATHEOS Evangelical
1

Evangelical
The Ad Celebrating Greece that Facebook Will Not...
Eidos

Evangelical
King Jesus and the Martyred Gregory: An Example...
Eidos