An Idea Can Be Old and Bad or Old and Renewed 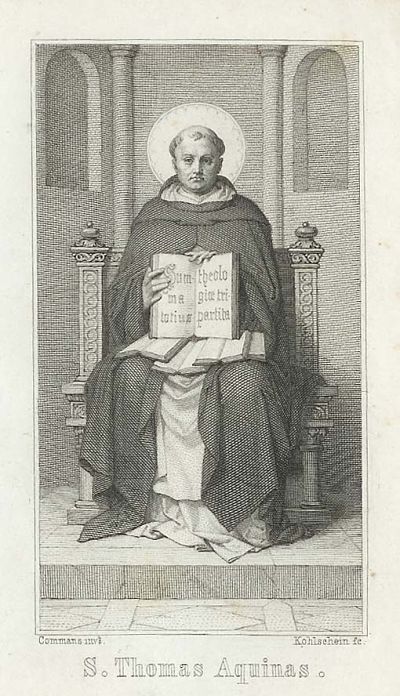 Silly people say silly things. Recently, I heard someone ranting (there is no better term) that theists view logical positivism as “dead” when they still use arguments from Aquinas. Since Aquinas predates the logical positivists how stupid is that?

Of course, it would be very stupid if there is someone who says all forms of logical positivism are dead, just as it would be foolish to simply quote Thomas and assume one has said all there is to say about Thomism.

Scholarship dedicated to older ideas can be after two different things. First, one could be trying to find what Thomas was arguing. Second, one could see if there is a form of the argument that Thomas made that could answer later objections.

For example, in class at the College, we will often read a book and try to understand what the author intended. This is not always easy. Some authors like Plato hide their views or might be so culturally different that bridging the gap between the reader and author is hard.

There is a second question that might be asked: did Plato develop ideas that could be extended to help Christian faith? Is there a Platonism that is defensible on theological and modern philosophical grounds? Obviously this would not be what Plato (himself) believed, but an extension of his beliefs!

Forms of Platonism are compatible with belief in God, even the Christian God. Some Christians (such as my Biola colleague William Lane Craig) are not Platonists, but some Christians are such as the apologist and scholar AE Taylor. While Taylor did think Plato believed in God*, Professor Taylor’s views are not just “straight Plato.”  Any folk atheist should read Taylor’s Does God Exist? for an introduction to Platonic Christianity**.

Now some ideas do die in philosophy, but generally only forms of an idea. For example, “divine command theory” that says that morality is defined just by what God says or does in a simple form was defeated by Plato himself in the Euthyphro. However, divine command theorists worked to address these problems with their views and variations of divine command theory are still viable.***

Many “street atheists” have a crude logical positivism that nobody defends after Quine. This is not because Quine was religious, to the contrary. Logical positivism (of the sort that people held prior to Quine) could not address his criticisms. Not surprisingly, however, some philosophers of science believe positivism of a sort can address the criticism in more sophisticated forms. The same is, of course, true with Aquinas.

So the issue for some atheists is not that they are “logical positivists,” but that they are ignorant of Quine and other critics of mid-century positivism. They hold a version of logical positivism that is (at present) indefensible or at least requires defense from criticisms they do not seem to know. Never trust a man who declaims on facts and scientific theories who has not wrestled with Quine! Of course, the same thing is true of Thomism.There are versions of Thomism nobody would defend, but I learn (often!) from the inimitable Edward Feser.*****

So the street (or folk) atheist who still crudely repeats the Isaac Asimov or Bertrand Russell line, as if Quine did not exist, is like the Thomist who ignores Newton! In fact, I know of no Thomist who makes that mistake, but plenty of atheists who need to read more contemporary literature.

Let’s not say silly things, but instead let arguments grow up and grow with them.

*See his commentary on the Timaeus.

**Strictly speaking, idealism and Christianity are what he unites, but his idealism is informed by Plato.

***For my purpose, a philosophical idea is viable if it remains the subject of frequent discussion in the relevant field and has academically credible (credentialed and published) proponents.

May 3, 2017 The Battle Is the Lord's
Browse Our Archives
get the latest updates from
Eidos
and the Patheos
Evangelical
Channel
POPULAR AT PATHEOS Evangelical
1