The “Nones” are Disappearing 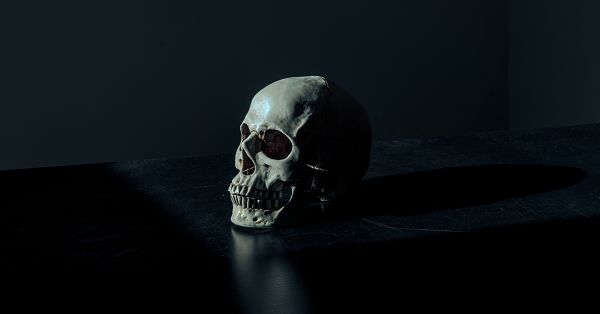 Fibbing to self can be easy to do about bad news because it is nicer to hear good news than bad. As a Christian, I wish Christian belief was growing in the United States, but it is not. This is not good news, but this is what the best data we have says is happening. Of course religious beliefs can change over time so one cannot make simple predictions about the future as a person can with a category that does not change like ethnicity. We do not know what will happen for sure, but if we had to guess, then Christianity will decline to roughly two-thirds of the population of the United States over the next few decades.

We will see. That’s not the whole story anyway.

Most people would be surprised that as a percentage of global population:

Atheists, agnostics and other people who do not affiliate with any religion – though increasing in countries such as the United States and France – will make up a declining share of the world’s total population.

Why are the religiously unaffiliated shrinking?

Today’s religiously unaffiliated population, by contrast, is heavily concentrated in places with low fertility and aging populations, such as Europe, North America, China and Japan.

This is the best data we have. The future of the global population is not in Western Europe, but in sub-Saharan Africa and other regions that are growing. There are many implications to this, but one should not deny the facts. Religious people are growing more numerous, Islam especially, and Christianity is growing much less white.

Oddly, though academics do not deny this information, “pop atheism” often falls into denial when presented with this data. Here is an example of an article recently cited on an atheist blog. The title of the article is “New Study Reveals the World’s Fastest Growing Religion and It’s Not Christianity or Islam.”

That’s amazing as it contradicts the Pew study and so I eagerly went to see what it claimed. The set up paragraph was not promising:

The study refers to atheists as “religious nones” or people who do not follow or identify with any religion. According to the results, atheism is now the second largest religious affiliation in North America and the majority of Europe. In the United States alone approximately 22.8% of the population now identifies as atheist, up 6.7% from 2007. Furthermore, U.S. atheists now represent a larger portion of the population than Catholics, Protestants, and all other followers of non Christian faiths – such as Islam and Buddhism. This was not the case only a decade ago.

Click the link in the paragraph and you will see it is true: “religious nones” are the second largest affiliation in North American and much of Europe. However, notice the immediate error. The paragraph on the secular site starts referring to religious nones as “atheists,” but the very study from which they get their data defines nones this way:

“Nones” are a diverse collection of people, including atheists and agnostics, as well as those who have a mix of religious beliefs and practices but do not identify with a particular faith. While the “nones” are not a religion per se, they are broadly categorized as such because, regardless of their beliefs, they don’t identify with a religious group.

It is incorrect to conflate the term “none” with atheist. In fact, nones are not more numerous than Protestants (46.5/22.8). They are not half the size! Only 3.1% are atheist in the USA and another 4% are agnostic.

On the other side of the spectrum, no where on Earth is religion growing faster than it is in Sub-Sahara Africa. This portion of the world is simultaneously experiencing the highest levels birth rates and when you forecast the long term population boom expected from this region over the next 25 years, the research indicates the number of religious people coming out of this region may be enough to overtake the number of atheists produced around the world over the same period.

Click on the link in this paragraph and you are back to the Pew study that says that “nones” will shrink as a percentage of the global population not that it “may be enough to overtake the number of atheists produced.”

The secular site is not done being crazy wrong:

Lastly the study finds that the millennial generation is leading the charge towards atheism, finding that the largest demographic of non-religious affiliated people on Earth is comprised of this generation. Extending the timeline outwards, approximately 11% of people are said to have been raised in secular, non-religious affiliated homes since 1970. The study also notes that a higher percentage of black people identify as religious comparatively to white people by a large margin – approximately 78% of all atheists are found to be white. As for gender, generally speaking females tend to be much more religious then males – approximately 68% of atheists are male

We have already seen there is no global “charge towards atheism” or even towards being a “none.” However, this paragraph goes further into error and claims 11% of people are raised in secular, non-religious homes. This sounds impressive until you click on the link and discover that the study is only about the United States.  Here is news for this secular site: humans born outside the United States are also people. You can’t get global statistics from a study of the United States.

Let’s be plain. Serious thinkers who are atheists hate these kinds of clickbait falsehoods, but such sites are everywhere. My experience is that most “folk atheists*” are convinced that religion (especially Christianity) is in some kind of tale spin and that the triumph of secularism is imminent  though the data shows the opposite. On the rare occasions when a folk atheist bumps into the data and stops denying it, one hears Christians in nations like China (where Christianity is growing) described as “overwhelmingly more malnourished and stressed, less educated and wealthy, and obviously more vulnerable to predators…”**

This is so offensive that I don’t think it requires comment. If you think China is backwards educationally, you might do more research.  Given that the atheistic regime in China privileges atheism and persecutes theism, it might be the case that Chinese Christians have more stress (who knows), but the predators are atheists in uniforms and not missionaries.

How does this nonsense survive amongst people who are educated? First, I think most people don’t read the whole story or the links in the story. They take the clickbait headline and generalize even further. I have had people tell me nobody under 25 in Iceland believes in God based on this story with the title In This Country, Literally No Young Christians Believe God Created the Earth.

Already this is deceptive. How could this be? Isn’t creation a Christian doctrine? The clickbait  story begins:

If you happen to have the chance to talk to young Icelanders about their religious beliefs, be prepared for a surprise. Exactly zero percent of respondents in a recent survey said they believe that God created the Earth.

I think many people stop reading and miss what the story is actually saying. Note later in the story:

Despite the trend, the Evangelical Lutheran Church is still the country’s declared state church. Solveig Anna Boasdottir, a professor at the Faculty of Theology and Religious Studies at the University of Iceland, agreed that scientific progress had changed religious attitudes in the country. But she said that about 40 percent of the country’s younger generation still consider themselves Christian — but none of them believe that God created the Earth. “Theories of science are broadly accepted among both young and old. That does not necessarily affect people’s faith in God,” she said.

According to Boasdottir, the study has been widely discussed by Icelandic priests on Facebook. “As far as I have seen they are [neither] surprised nor [shocked by] the results. They see no necessary opposition between believing in God and accepting scientific theories on creation of the world.”

Indeed, the survey also found that nearly 40 percent of Icelanders thought that science and religion should both be used to analyze existential questions.

Rather than simply reflecting an increasing secularization of Iceland, the research suggests the emergence of a more science-based Christian belief. Most experts, however, would agree that the survey also indicates that the Evangelical Lutheran Church’s influence is a rapidly diminishing in Iceland. “Results within the survey indicate that the state church holds a weak position in Icelandic society,” Jonsson said.

If you only read the headline, then like some atheists I have met on the web, you would think the story is Big News. Here is one such headline where the study becomes: In Iceland, No Young People Believe God Created the World. You have to read further in the story to discover that there are more self-identified Christians under 25 than atheists. The notion that the Big Bang, proposed by a pious Catholic priest, is incompatible with believing God creating the world is foolish. Ask Hugh Ross!

Oddly it is so popular in some corners of the web to believe that most Icelanders are atheists, that Snopes even had to get involved. Conflate this urban legend about Iceland being majority atheist with a quick reading of the deceptive headlines and it is no wonder I ran into an atheist who thought no kid in Iceland was a theist!

Of course, theists do the same thing, so before gloating over this clear case of fact-free self-congratulation from secularists, let’s clean up our own sites.  Conservative or Christian websites have a terrible habit of doing the same thing and deceiving people. Here are five things to do to make sure we don’t fall into this trap:

Most of all, avoid tribalism. I try to read all I can from people who disagree with me: one serious book a month that is from a political, social, or philosophical point of view I do not like. This helps.

For the time is coming when people will not endure sounda teaching, but having itching ears they will accumulate for themselves teachers to suit their own passions, and will turn away from listening to the truth and wander off into myths.”

I want sound teaching, the truth, not what suits my passions. I want the truth so much I do not want to wander off into my own little tribe believing comfortable lies!

* A folk atheist may or may not have college credentials, but lives inside the atheist online tribe and is unable to present a sophisticated defense of their beliefs. There are, of course, folk Christians.

**I have a screen capture of this quotation, but why embarrass the poor person further?

July 19, 2017 The Last Atheist Will Get Good Care from A Chinese Christian
Browse Our Archives
get the latest from
Eidos
Sign up for our newsletter
POPULAR AT PATHEOS Evangelical
1

Evangelical
The Sad Case of a Dated Education? (A...
Eidos 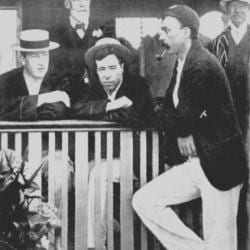 When Doctrine Divides the People of God-- Part...
BEN: As a student of church history it seems clear to me...
view all Evangelical blogs
Copyright 2008-2020, Patheos. All rights reserved.