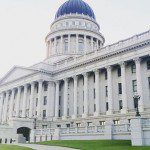 “Judge not that you be not judged!”

Talk to any American and this is the one bit of the Bible that you can be sure they know. A person may dislike Christianity in general, but while they are telling you to stop worshipping your “sky daddy” and are (as an actual critic said of me) a “clueless cult clown slave” for being a Christian, they will then become indignant if you think they are wrong!

“Judge not that you be not judged,” they say. “Jesus does not want you to be Judgy McJudgeface.” Whether this is consistent of the critic, it is easier to be called a clueless, cult clown slave, than judgmental. We harshly judge judgmental people and pity ignorant people.

We like agree-to-disagree types and we generally are right. In a country, we should not hasten to make any of our fellow citizens traitors. In a church, we must be slow to cry “apostate.” In a family, rare is the case where a member should be “dead to me.” Anybody quick to break a friendship over a disagreement is not a good friend.

The trouble, of course, is that sometimes we do need to judge. People were right to be angry at anyone who was slow to condemn Nazis or White supremacists in Charlottesville, Virginia. That was a time to be virtuous and virtue required good judgement. We have to judge, just slowly. We do not like people who judge people less powerful than they are, and that seems fair as well. It is a good general rule for people with power (and judgment is power) not to “punch down.”

Science fiction helped me learn this wisdom. If there was one common feature in the Sci Fi of my youth, it was found in the IDIC symbol Spock wore on the old Star Trek: IDIC- infinite diversity in infinite combinations. This is rubbish, every combination is not good: Star Trek rightly judged Nazi culture evil, but there was good to it. The “prime directive” also was generally valuable: do not interfere in another culture’s development (mostly).

When we see a being  that is”other than” we are, then we should be slow to judge.

God turns out to be the one being Americans feel comfortable judging. He is greater than everyone (leaving aside the manger in Bethlehem for a moment), so we feel ready to judge. We ask all kinds of questions about everything God did, does, or will do. We are happy to judge, because we know God can take it. Even those who assume God does not exist (partly based on the bad things God is alleged to have done), judge those things.

Since God is not tottering on His throne despite our criticisms, we are not “punching down” when we attack the Divine. We are, however, potentially a special kind of bigot: the impious. We are no longer afraid of impiety, we have no caution. We should pause, however, since most great cultures have and continue to value piety: a fear of being wrong about the Good God. Let me say a good word for this hesitation, for avoiding blasphemy, and not being quick to judge God by human standards.

One good thing is our tendency to value diversity and the moral law in different combinations.

Consider other cultures. We hesitate to judge other cultures by our standards. There are universal moral laws, but high cultures apply those differently with different priorities. Liberty is good, but so is public order. What is the right balance? A decent person is slow to judge other societies as having gotten this wrong. Atheistic Russia was bad, concentration camps do that for a state, but many other Russian states have been mixed: good and evil. No Republic like our own that only freed our slaves after a Civil War, could easily condemn Tsarist Russia where the Tsar freed serfs before we acted on slavery.

God is tough enough (!) to take our criticisms. He is all powerful and not up for a vote. However, we should pause, this pause is piety, in the face of God’s otherness. He is different.

Do not judge the “other” by our standards.

We are created in God’s image: we have reason, for example, and that is an echo of God’s reason. We must pause, however. We are sort-of-reasonable, but confirmation bias and all sorts of problems hold us back. God is perfectly reasonable and so communicating with us is very, very hard.

God is not created in our image, because in God’s essence He is “other.” God is a person, but the original person and so every comparison is a very limited analogy. God loves us, but God’s love is Divine and not human. He came in the flesh, took on full humanity, so fully understands human love, but we will never be God even when we become so much like Him that we are like gods! The Incarnation was total, but any theosis (becoming divine) does not grant a human the divine essence.

When we judge what God did, we judge from a very limited perspective. This must be done, but must be done with care. For example, God can end life, because God (if God exists) has perfect knowledge. He knows what is best. We cannot, even in principle, know enough to understand exactly why any action (even one that looks positive) was taken. Why did this child get healed? Do we know? We do not.

To put it simply: God is helping us reach eternity and so many things God does (or does not do) make sense in the light of eternity. When I said this, I got this (unedited) response from a critic:

yet when the innocent are killed or allowed to suffer, their suffering is real and nothing about a god nullifies that suffering. if the writer’s god is all powerful, then suffering is under divine control. that doesn’t not make that god worthy of adoration, but rather simply the same recognition we give to such phenomena as gravity or cancer. I suppose if one had the need or some other motive one can extend to this source of power a degree of affection but such a being is shockingly unhelpful to us mortals.

Let’s unpack this paragraph. It claims two things. We suffer and God existing does not nullify that suffering. That is true, but the issue is whether our suffering is meaningful or is made meaningful. After all, not all suffering is bad. If we learn or gain from suffering (exercise), then suffering can end up being for our good. The surgeon makes me suffer, but the surgeon is good! If God is like the surgeon, then the Good God that takes the suffering human choices have caused and works them to good over eternity, compensating for the pain with growth, can be worthy of worship.

If God were (as Aristotle suggests) “unhelpful” to mortals, then God still exists and is worthy of worship as the very ground of being. He is utterly good. I for one think it good to like the good. However, God is more than indifferent to us. He is in the long, slow, hard process of making good of our errors. He is maximizing love, hope, and joy.

That is fairly helpful. Thank God.

September 24, 2017 Disagree to Agree: the State of Christendom
Browse Our Archives
Related posts from Eidos