The Danger of Advocacy Scholarship 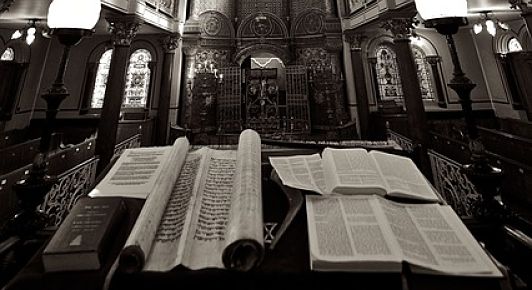 Education is going to have to change the way it does business or face a crisis. Christians and political conservatives have good reasons to criticize some practices of schools. If we are not careful, we will miss the good schools do.

Do not be deceived: a great secular university, Rice in my hometown of Houston and my alma mater the University of Rochester, is a great, good, glorious thing. Like all goods (George Washington, baseball, and the Bible), the university, or scholarship in general, can be misunderstood, is certainly imperfect, and often frustrating.

Good work in an academic area has the rare ability to be both liberate and conserve at the same time. Scholarship, real, genuine, think hard, write carefully scholarship is dangerous to any establishment and also necessary to stability. Grounding good ideas on careful thinking and research helps make them secure, if we will see the value in scholarship, while also exposing myths we have believed.

The process is (usually) more wonderfully complicated than just finding “truth” through research. At her best, a good school with researchers will have some who draw conclusions in one direction and some in a different way. In philosophy, some thinkers believe God does not exist, certainly a majority of philosophers in general, while some argue He does exist, a majority of thinkers who specialize in the topic. This can be frustrating until you see the progress scholarly disagreement creates.

Street level atheism or crude theism come with bombast, hot language, and make living together in a Republic hard. Scholarship produces arguments between people who respect each other and raises the level of thought on both sides. Theism is better for serious atheist critics and secularism stronger for having to respond to academic theists.  Both groups are living harmoniously even when disagreeing strongly.

Historians examine the past not just for facts, though they uncover lots of wonderful data. Historians also force us to consider if interpretations of those facts are justified. Meanwhile, the academic ethicist down the hall labors to sharpen the moral thinking we should apply to that history! Art is created that a free market may not yet be ready to sustain, keeping a great artist from starving before she makes beauty. Music is written and performed that enriches our lives for centuries.

Scientific research produces obvious gains. Don’t take that for granted. Many of those gains come from our colleges and universities. We should be thankful for them and support such work with our money. We need more hero engineers and front page scientists and less focus on media, sports, or political stars. The Victorians were better at this balance!

This brings us to to the danger of “advocacy” scholarship. Nobody should go into research knowing what he or she must find. When I study an argument for the existence of God, I must be as open as I can be to that argument failing (as I think some do) as succeeding. My bias must be reduced as much as possible and responsible critics must be heard.

Research is not a debate with winners and losers, but love of truth straining to see the truth. No care is too great.

A group might gather together around a point of view, as some departments do when they focus on analytic as opposed to Continental philosophy, or when religious groups gather like-minded scholars to do research, but the research must be unconstrained. As a scholar, if I choose to be at a school or program with a perspective, particularly valuable for minority points of view, then I must be willing to quit if my best understanding of the truth contradicts that agenda.

Scholarship cannot exist in service to an agenda. We all fail that high calling, but that unintentional failure does not justify ignoring what attempting virtue in scholarship has done: produce a free and prosperous society.

November 10, 2017 Doug Jones for USA Senate in Alabama
Browse Our Archives
get the latest updates from
Eidos
and the Patheos
Evangelical
Channel
POPULAR AT PATHEOS Evangelical
1

Answer to Question: What Must a...
Roger E. Olson
Books by This Author John Mark Reynolds

Hold Me Closer Cosmic Dancer
In my last piece, I touched on this wonderful passage from Zephaniah,...
view all Evangelical blogs
Copyright 2008-2021, Patheos. All rights reserved.