Heretics: The Many Adventures of a Free Thinking Scientist 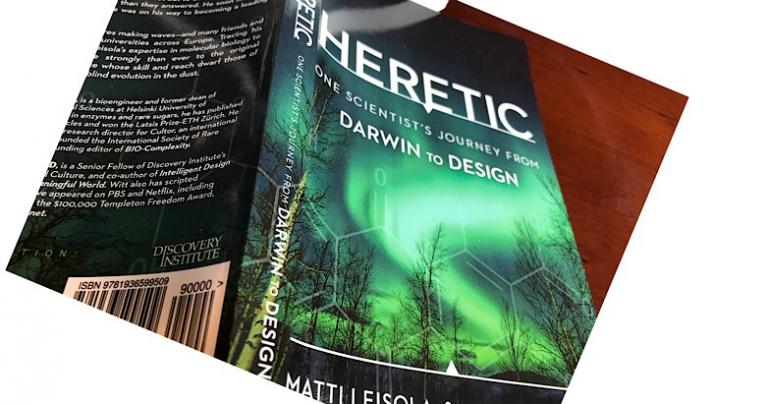 Heretics: One Scientist’s Journey from Darwin to Design* is the story of a bioengineer in Finland who dared to think differently. His life story makes a good case that embracing the heresy of intelligent design and having doubts about evolutionary theory does not put a stop to good science. Certainly, his skepticism about materialism and Darwinism has not kept him from publishing important work while also provoking some interesting interactions. Professor Leisola is full of good cheer despite having faced the slings and arrows of those whose ideas of toleration meant not listening. Yet do not despair. Leisola got loud criticism, nevertheless he persisted.

Things are not as bad as they sometimes sound in academia.

Anyone who has been involved in higher education knows this truth: people are often decent in private, listen, and give interesting ideas about heretical ideas such as intelligent design. They fulminate in public, because they must or risk dealing with the trolls for Darwin. I have heard world class thinkers (not theists) laugh at Internet atheists who misunderstand philosophy of science, but who would never go public, because they do not want the abuse.

Professor Leisola has lived an entire life of private support that translated into promotions, publications, and prizes. If his friends were sometimes more candid off the record, they did not stop Leisola from carrying on. He seems to have weathered the public scorn with grace. He names some names about those who quietly helped him on the way and reminds us that there are more decent people in science than trolls.

Leisola is an excellent scientist and realized early on that a philosophy of science guides and limits any researcher. What questions can be asked? What answers will be considered? An open philosophy of science allows the researcher to ask anything without artificial boundaries. Is this biological feature or life itself the work of an intelligence? This a question that a scientist cannot ask if the question has been deemed “unscientific” by definition. Having a good working definition of what science is or is not can be useful, but it also may be limiting. What if human knowledge is unified? Don’t fields (science, philosophy, theology, mathematics) tend to bleed into each other? A mark of sophistry is to develop definitions and then treat the newly formed definitions as reality rather than a provisional descriptive tool.

Professor Leisola points out that scientists in many areas of science such as systems biology act like Baptists in a pub: they give lip service to the establishment prohibitions, but ignore them in practice. Leisola claims that systems biologists do design theory while bowing occasionally in the direction of Darwin to feed the trolls.

In any case, this book is valuable, if only because it introduces an American audience to European players in the intelligent design research world. Jon Witt smoothed out the prose, more or less, though the book does read unevenly at times. Translating humor and humanity from a native language to a secondary one is hard and Witt does what he can.

I am a fellow at the Center for Science and Culture, but I paid for my copy of this book.

February 18, 2018
The Shape of Undergrad Education: A Mistake?
Next Post

February 20, 2018 Hasty Argumentation
Browse Our Archives
get the latest updates from
Eidos
and the Patheos
Evangelical
Channel
POPULAR AT PATHEOS Evangelical
1