Intelligent Design: The Bridge Between Science and Philosophy 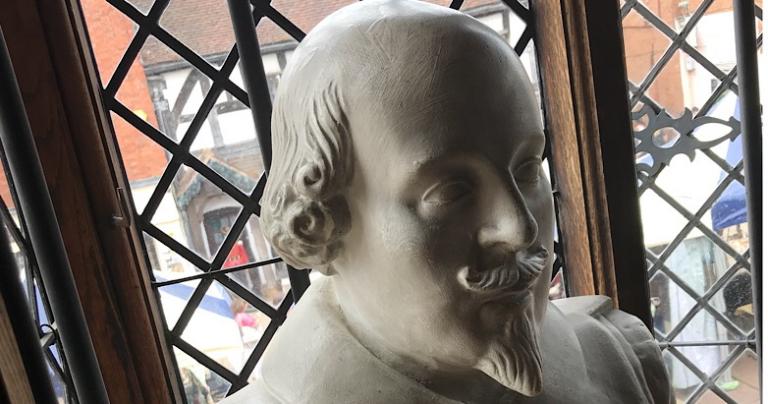 The sixteen and seventeenth century in the West took a splendid opportunity left them by thinkers such as Shakespeare and Roger Bacon and squandered much. The Enlightenment did great good, but also made assumptions such as scientism and chronological snobbery. The snobbery was the most harmful as the thinkers themselves asserted they were “enlightened” compared to a “dark age” that came before them. This cut them off from valuable intellectual resources from the past. Francis Bacon was particularly guilty of confusing his philosophy with science (scientism) and having an exalted view of his own place in history. Baconian philosophy of science crippled Western European thinking unnecessarily, clouding what was really splendid about the progress of the period.

In response to this thesis (informal overview here), Dr. Eric Holloway has written a guest post asserting that a theory of intelligent design could solve some of these problems. Dr. Eric Holloway received a solid grounding in classical education at the Torrey Honors Institute at Biola University. Eric continued schooling to complete a MSc in Computer Science at the Air Force Institute of Technology and a PhD in Computer Engineering at Baylor University.

and stories. Instead of reading it, the friend begins to count the

letters, and make theories about which letters predict which pictures

will come next, and analyze the types of ink used to print the pages.

This does not make sense. Why doesn’t he just read the book?

Now the same friend provides you with a collection of fascinating

rocks. The rocks glimmer in the sun, and cast radiant shadows around

the room. Such mysterious rocks seem to mean something, to light up

their surrounding with a spiritual glow. Yet try as you might, you

cannot decipher the meaning of the rocks. You are also slightly

backyard, and gives a somewhat interesting, long explanation of the

geological processes that created the rocks.

The first perspective is that of the medieval ages, marked by the

voluminous philosophy of Thomas Aquinas. The worldview of that time was

that God makes Himself known with physical manifestations of His glory

in nature, like a beautiful stain glass window that lights up when the

sun shines through. The cosmos are an orderly whole, where we each

have our part to play on the stage of history, dancing to the divine

music of perfect justice and love.

But, the intricate tapestry begins to unravel. An expanding view of

the globe, major diseases and wars, and internal criticisms leads to a

breakdown of the Thomistic system. Francis Bacon, the father of

modern science, grows impatient with the monks philosophizing and

nature’s mysteries to heal the world’s suffering, instead of wondering

about the meaning of it all. And thus was born the modern scientific

age, where meaning is like the story of the luminous rock: it is only

Today, Bacon’s view is the dominant view, so much so that we take it

for granted. Science and technology have led to a revolution in

health, wealth and material happiness throughout the world. In the

booming population out of poverty. The rigorous vision of Bacon,

spoken with the precision of math, has given us the gift of the gods,

To understand what has happened, in a way you can feel, try this

exercise. Write your name over and over repeatedly. After about 20

times, the letters will no longer form a word in your mind. They will

look arbitrary and lose their meaning. Rationally, you tell yourself

the letters refer to you. But the emotional connection is gone and

the thoughts seem hollow. In the same way, the incredible amassing of

scientific facts we have today has made the world lose its meaning.

This sense of emptiness is felt even in science, which is at a loss to

explain its own success.

science are inert. They are like legos in a box. You cannot shake

the box of legos and expect a spaceship to fall out. In the same way,

mathematical proof and physical evidence cannot explain why things are

the way they are, nor their own reason for being. They cannot explain

“why.” Yet, at the same time, the very inability of science to speak

for itself says something of interest.

In medieval language this missing “why” is termed form and function.

Neither form nor function can emerge from atoms in motion; they cannot

emerge from shaking the lego box. This can be proven mathematically.

Technically, what we call “information” is known as mutual

information, and is subject to Leonid Levin’s law of information

without an organizing force is formless and void. And, without

impartation of form into matter, there is no information.

Since matter cannot form itself, information must come from a external

source. And this insight is the fundamental insight of the

meaning. Information is a new pair of glasses that corrects Bacon’s

vision, and helps us again follow along the path that winds back

through the medieval monasteries of Thomas Aquinas.

But, after hearing this Bacon will say, “it all sounds quite nice, but

how is it useful? Meaning doesn’t feed children or cure cancer.” The

at the beginning. If we approach the natural world as if it were

arbitrarily put together, then we miss many clues that can help us to

understand and use it better.

project. Previously, scientists believed that since the human genome

was produced by evolution, most of it would be random junk. However,

functional and useful. Now that we understand the genome is full of

meaning, we will be better able to decode how it works and programs

our body. So, contrary to Bacon, looking at the human genome as

meaningful can help us improve our lives. The other point is that

everything that science studies is meaningful information.

The benefit of seeing meaning in the genome raises the further

question, how would science change if we assumed the rest of the world

is designed and meaningful? Furthermore, what does science have to

say about the creators of meaning, such as humans? For one thing,

since matter cannot create meaning, meaning creators must be more than

matter. And being more than matter, human beings must be more

valuable than any material good. So, through the lense of

information, science can indeed peer beyond the physical world. 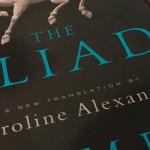 August 29, 2018
A lesson from Homer: Thus they tended the funeral of John McCain
Next Post 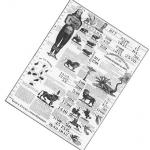 Inerrancy and the Gospels: How to Handle Narrative...
Poythress reminds us of the complete trustworthiness of scripture, and the importance...
view all Evangelical blogs
Copyright 2008-2021, Patheos. All rights reserved.