Maybe all sons think this is true, yet it is true: Mom is wise. Rarer than being merely wise is mercy: Mom is insightful and merciful. When Daniel and I decided to vulcanize rubber (we read a story about it) this meant melting a lot of sulphur  (it should not have) and that produced clouds of rotten-egg smelling yellow gas.

She asked: “What are you guys doing?” We told her and she said to let her know how it went. Our experiment continued, because Mom was wise and merciful. We failed at vucanizing raw rubber, but we were learning and she tolerated that process.

We could not just do anything, Mom stopped our search for the Underground Railroad after a certain point. We had learned that enslaved people had escaped using our neighborhood as part of that famous path to Canada and our imagination went wild. We imagined tunnels and so we started looking for them by digging a giant hole in the yard. When we found some buried bricks (old barbecue), Daniel and I were sure that we were well on our way to discovering hidden history. Mom had to put a stop to this before we destroyed the lawn. 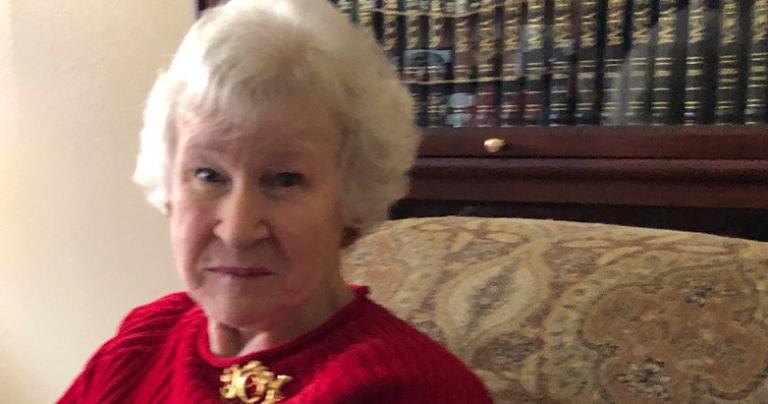 Wise. She was also merciful as she discussed with us in detail that underground in Underground Railroad did not imply what we thought.

Which brings me to a lesson Mom teaches me by example: Mom keeps growing, thinking, thriving. Ask her a question and she might give an unexpected answer. Why? She keeps thinking. When I was a teenager enthralled with scientism, Mom poked holes in my hubris and then agreeed to watch some sci-fi with me. Unfortunately, I picked the (original) Battlestar Galatica.

That was not so great television, but Mom watched, laughed a bit, but let us enjoy the show. She was gentle and wise. Later, when Star Trek consumed us (re-runs), Mom criticized William Shatner’s acting, but let us have our fun.

Mom goes on teaching oldster me and this is one of the best things of my life. If you don’t have a mother like Mom, let me share.

Here are three ways Mom is teaching us (still!) by example:

We are catholic, but not Catholic. However, if the source is interesting, or anointed, Mom will read it: Catholics to charismatics. She has no bubble.

Mom judges, but is merciful with people.

Mom was not tolerant of the wrong things I did at one point in my early adult years. She was plain, but she also loved me and did not give up on me. That makes sense with a son, but Mom applies the same rule to everyone. Wrong is wrong, but people do wrong. She condones nothing, forgives much.

She was in pain and thankfully some surgery helped, but during this, Mom did not merely endure, but was often jolly. She had no requirement to be witty, but she was. Mom is as jolly as she can be, not just for us, but because she knows God: a relationship that cheers her up.

To be cheerful in hard times, without self-loathing, to be law abiding and loving, to be orthodox, but intellectually lively, this is a hard combination of characteristics. Is is doable? Every day Mom does it.

Ask my Mom what she thinks and she will tell you: carefully, with qualifications, but lovingly.

Thanks Mom. I hope to become more like you.

September 28, 2018 She Was Equal to the Apostles: Nina, Know Hope
Browse Our Archives
get the latest updates from
Eidos
and the Patheos
Evangelical
Channel
POPULAR AT PATHEOS Evangelical
1