She Was Equal to the Apostles: Nina, Know Hope 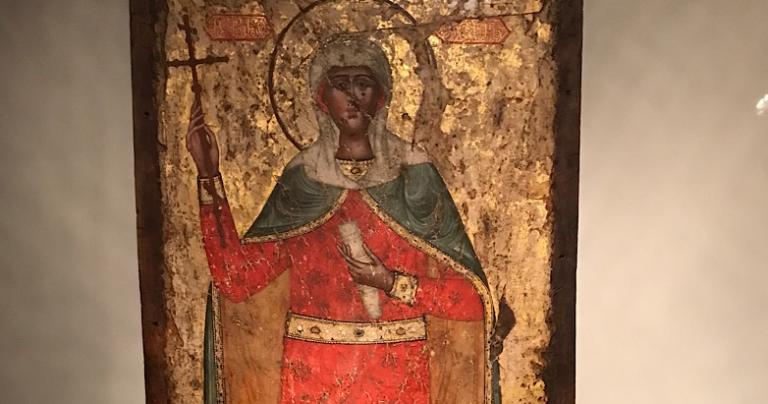 Her legacy is a country and her message is the Cross: Blessed Nina (or Nino)  came, she taught, she conquered in the sign of the Holy Cross. She was she . . . And she was equal to the Apostles, never reduced to less than she was or made just what they were.

She was also historical and yet historically she was so mighty, so miraculous, that legend creeps around her story. People who met her saw not just history, though she kept making history, but a living window to Heaven. Stories of saints, hagiography, are a sacred history that might be literal (who can know?), but are mystically true. The essential elements of a person are captured in the saint’s story.

There are two happenings: what can be seen and what the meaning is of what can be seen. The hagiography is most concerned with meaning and less concerned with the events. The events were such to motivate or provoke the story of the meaning. They are one, but may not be the same literarily.* The Gospels are not hagiography: read both and see. The Gospels are literal joined to literary. Some hagiography is this way, some cares most for meaning.

Nina existed and lived a life that was powerful and the people she created, Christian Georgia, 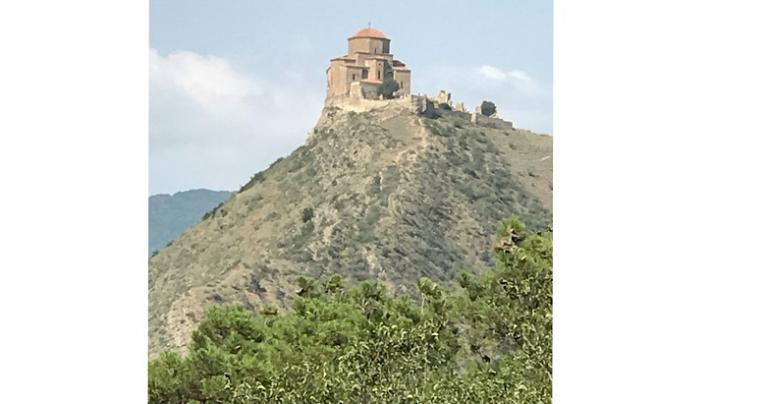 Her message spread and first the Queen Nana and then King Mirian came to Christianity. How? The details of the story are impossible to confirm, but we are told the Queen was ill and Nina prayed and God healed her. The King resisted the good God, his Queen, and Nina. When hunting, he was blinded, surrounded by a great darkness, and cried out to God. His sight was restored and Christian Georgia was born.

Note the details of the tale, even if you are skeptic of hagiography*: Nina and her faith were remembered as bringing healing and enlightenment. Imagine this as the residue of teaching that changed a kingdom. Historical memory fused with imagery and Nina was not recollected with a sword or ugliness. Her cross was made from a grapevine, bound by her hair, a symbol of the ancient association of Georgia with the wine: jolly and sacred.

I visited her church, the site of her great triumph, so perfect even the Bolshevik’s spared it. Atheism was only capable of building ugliness, but atheists are also humans, souls created in the image of God, and they saw the beauty they could not create. I went to pray and venerated this powerful woman: she heard the Word of God and did it.

Her chastity was beautiful, her teaching powerful, her rigor unabated. Nina, saint, used by your Lord Jesus Christ to create the splendid Christian state of Georgia, pray to God for us, equal to the Apostles.

*We are too skeptical, I think, but regardless, the point is the same: healing and beauty came with Nina. 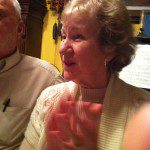 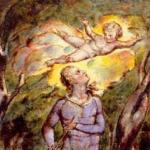 September 29, 2018 The Perils of Power: Songs of Innocence, Songs of Experience (Shakespeare and William Blake)
Browse Our Archives
get the latest updates from
Eidos
and the Patheos
Evangelical
Channel
POPULAR AT PATHEOS Evangelical
1