The Daughters of Union Veterans- An Increased Devotion

The Daughters of Union Veterans- An Increased Devotion May 27, 2019 John Mark N. Reynolds 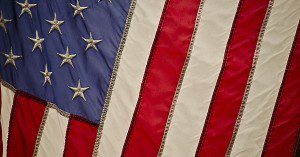 On several Memorial Days in Wayne County, New York, I gave the address for the Daughters of Union Veterans. I owed this honor to my wife’s grandmother, an active member to the end of her days. Each time there would be a cluster of older women who had decorated the graves of the veterans, especially those who died in the Civil War. Of those present at any of those addresses, Hope and I most probably are the only ones that remain and unlike Lincoln at Gettysburg it was true that “The world will little note, nor long remember what we say here,”

Certainly what I said there!

This is a chance, however, to remember what those lovely ladies did there. This Memorial Day I honor those faithful patriots who did their duty. They should not be forgotten. They gathered for no money, no fame, no glory to honor their ancestors who fought for the noblest cause in American history: Union and emancipation. 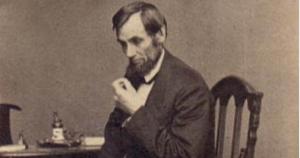 Memorial Day recalls all those who died in America’s wars. Recollecting them we hope with Lincoln:

“that from these honored dead we take increased devotion to that cause for which they gave the last full measure of devotion — that we here highly resolve that these dead shall not have died in vain — that this nation, under God, shall have a new birth of freedom — and that government of the people, by the people, for the people, shall not perish from the earth.”*

Not all causes that wrapped themselves in our flag were equally just, not every action in a just war was righteous, but that men died for freedom, even if in the particular cause they were mistaken, was new in human history. The sublime vision of the Republic reveals her errors, but gloriously the Republic often called her sons to right wrongs, uplift the weak, extend liberty.

That is the main work to recollect on Memorial Day: the sacrifice of the honored dead. Yet much would be utterly forgotten that must never be forgotten if it were not for the work of women like the Daughters of the Union Veterans. They are not the subject of adulation in media. They do not draw attention to themselves and are utterly overlooked by most of those who have power in the Republic.

Plato was, however, right that the very act of recollection brings the past back to us and changes us to the measure of the power of the memory. The sacrifices of the Union dead were absolute, the work is a truth that goes marching on. When these women recall this to us, they stand us a bulwark against fatal forgetting.

The work of 1865 is not over . . . The scars of rebellion and hundreds of years of slavery were not wiped out in four years. The Daughters of the Union do not forget and the very act of not forgetting, even if the sacrifice of the boys in blue is not trending on Twitter, is powerful. Groups like the Daughters of the Union refuse to forget and so great deeds are not forgotten.

Those women who decorated graves, got speakers and music, and honored, best they could, the great work of the Union and emancipation were not mere historians, not re-enactors, but mothers incarnating the past into the present. When they sang, quavering a bit, the Battle Hymn, they brought the old truth to present times. These women were our living memory, our minds’ recollection and, after all, a living nation must recall, just as a living person must keep their memories to retain mental health and balance.

If we forget the heroes of the past, then we risk dying as a nation from senile decay. If we remember, then God’s truth can go marching on in this generation continuous with the past. As the great-great-grandson of Union Veterans, I honor the sacrifice of their comrades who died to create a state born in liberty: West Virginia. But just now I honor the nearly forgotten work of generations of women ennobled by keeping memory alive: The work of the Daughters of Union Veterans.

See you at reveille, Grandma D. 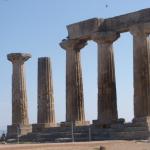 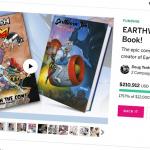 A Sign of the Times: When...
The Chorus In The Chaos
Books by This Author John Mark Reynolds 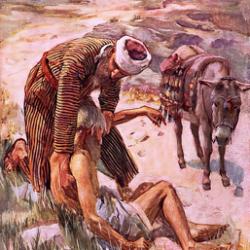 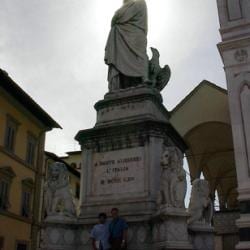 Demons!-- Part Six
BEN: I was pretty surprised by your take on Sheol in the...
view all Evangelical blogs
Copyright 2008-2020, Patheos. All rights reserved.