Now he turns to witches with a second post and now a third:

After considering users of potent herbs, or pharmaka, in previous posts, we turn to a womanwhose uses of such drugs are undoubtedly baleful: the bewitching Circe. Indeed, Circe may be the first figure in our study that fits the image of a fairytale witch.* She is a “she,” brews baleful potions that transform men into beasts, and knows the right rituals to commune with the dead.Homer’s world, however, is not a fairytale, and this image of a witch comes with a twist.

The hero Odysseus describes his confrontation with the magic-working goddess Circe in Books 10-12 of Homer’s Odyssey. The hero relates how his men fell into her malefic trap:

Within the forest glades they found the house of Circe … round about it were mountain wolves and lions, whom Circe herself had bewitched; for she gave them evil drugs … within they heard Circe singing with sweet voice, as she went to and fro before a great imperishable web … She brought them in … and made for them a potion … but in the food she mixed evil drugs … Now when she had given them the potion … she immediately struck them with her wand … and they had the heads, and voice, and bristles, and shape of swine …**

Here, we seem to have a wicked witch right out of the pages of the Brothers Grimm. Circe lives in a forest, weaving her webs, and lures lost men with her luscious voice into tasting her potionsbefore transforming them into beasts. She even has a magic wand, an important prop in ritual magic past and present.*** Later in the story, however, we come to the act that most directly violates the injunction against witches in Exodus 22:18 and the example of the Witch of Endor. Circe explains to Odysseus how he may gain knowledge from calling up the dead, using a bloody trench in place of a poisoned cup and his sword in place of a wand:

[In Hades], hero … dig a pit of a cubit’s length …sacrifice a ram and a black ewe … Then many ghosts of men that are dead will come forth … You, yourself, drawing your sharp sword from beside your thigh, must sit there, and not allow the strengthless heads of the dead to draw near to the blood till you have inquired of Teiresias.°

Circe appears a perfect specimen of a “Witch,” that powerful combination of forbidden necromancy and European folklore that haunted the minds of Renaissance Europeans and Puritan jurors.

First–time readers of the Odyssey may be surprised, then, when Circe turns into one of the “good guys.”°° The point of Circe’s necromancy is to help Odysseus find his way home—and it works. Unlike the monotheistic universe imagined by the citizens of Salem in 1692, Homer envisions a chaos of powers that hold their rights by might, none being particularly “good” or “evil.” If Circe, as a goddess, toys with mortals, she is no different from Zeus and the Olympian gods with their Trojan War chess game. To overcome Circe’s pharmaka, Odysseus does not need to call on the One True God with prayer and scripture, but simply to find a bigger bully.

In a perfect deus ex machina, one shows up in the person of the divine, male, wand-wielding, drug-using, and dead-escorting Hermes.°°° Hermes works a little magic of his own with the moly plant. Its white flower counters Circe’s cup, while its black taproot trumps her wand. When Circe’s cup fails, she tries to overpower Odysseus with a little sex-magic, but an oath sworn by the sorceress at sword-point puts Odysseus back on top.§ Defeated, Circe goes on to offer the hero and his friends all the help they need. The lesson is a common one in the Odyssey: the world is not a place of “good” and “evil,” but of powers, perils, and profits that must be navigated, whether by cups and wands or by swords and sacrifices.§§

Our next discussion moves us ever closer to the ideal “Wicked Witch of the West.” We will be focusing on a mere mortal whose magic leads to baleful ends whether she wants them to or not: Medea.

*Shelby Brown, Potions and Poisons: Classical Ancestors of the Wicked Witch. http:blogs.getty.edu/iris/potions-and-poisons-classical-ancestors-of-the-wicked-witch, accessed May 23, 2019. Circe is also invoked to curse perfidious potters for preferring not to pay players in Homeric Epigram XIV.

°°°For Hermes as psychopompos, or “escorter of the dead,” see the opening of Odyssey book 24. 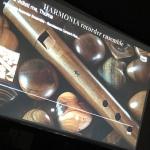 May 27, 2019 The Daughters of Union Veterans- An Increased Devotion
Browse Our Archives
get the latest updates from
Eidos
and the Patheos
Evangelical
Channel
POPULAR AT PATHEOS Evangelical
1