Now he turns to witches:

The book of Exodus’ injunction is well-known from cinema, television, and stereotypical brimstone sermons: “Thou shalt not suffer a witch to live” (Exodus 22:18). Before fetching the pitchforks and torches, however, we must grapple with the question of what, exactly, it means to be a “witch.” The answer is not as easy as it first appears. Bridget Bishop of Salem, Massachusetts, confessed at her own arraignment for witchcraft, “I do not know what a witch is.”* When speaking of the Exodus passage in its original context, theologian and occultist Charles Williams reminds us that concepts such as “the Devil”** or even “Good and Evil”*** were vague or non-existent in antiquity. What, then, does the Exodus command actually prohibit? We find one clue in the curious episode of the Witch of Endor in I Samuel, whose primary crime was that she called up the spirits of the dead to tell the fortunes of the living.§ However, by the 16th or 17th century, literary witches and suspects in European witch trials had a much more detailed profile: typically female, a brewer of potions, able to cast spells and enchant, a worshiper of the Devil, and an avowed ill-wisher of all outside the coven.§§ This picture took centuries to develop.§§§ To see the beginnings of this complex concept of the “witch,” we must go back to the dawn of European literature; a world that classicist and philosopher Friedrich Nietzsche described as “beyond good and evil.”

The Greeks from Homer’s time, as opposed to the Hippocratic School of the Classical Era, did not draw lines between the use of drugs for medicine and for magic. It was all, as they called it, pharmaka (from which we derive our word “pharmacy”). The Iliad presents us with two bronze-age “pharmacists,” Machaon and Podilares, the sons of the healing god Asclepius. These two employ healing drugs learned from their father in battlefield medicine (Iliad ii.729-733). We see Machaon in action in Book IV of the Iliad when Menelaus is wounded by an arrow. Machaon draws out the arrow, sucks out the clotted blood, and applies herbs that the centaur Cheiron had given his father (Iliad iv.188-219). In this case, there is no invocation to a deity or “magic words,” but the divine origin of Machaon’s power is made clear. However, in the Iliad, one need not be the son of a god to use these pharmaka. Patroclus, Achilles’ companion, uses the same plants on Eurypylus’ wounds. In this episode, the drug is specifically referred to as a pain-killer (Iliad xi. 822-848). The Bronze Age Greeks trafficked in opium and were aware of its use as both a pain-killer and a psychotropic.° It appears to have been used for pleasure, medicine, and ecstatic religious rituals.°° So, while Machaon and Patroclus seem to be operating as battlefield medics, their activities are not easily separable from the realm of religion. They are not warlocks brewing potions using forbidden knowledge, but neither are their drugs and activities purely secular. As Charles Williams points out, they are not “good” or “evil,” merely “divine.”

So would ancient Jewish and Christian communities have condemned the use of pharmaka by Machaon, Podilares, and Patroclus as a violation of the Exodus injunction? Perhaps. The complex purity laws of Second Temple Judaism that forbade close contact with Gentiles were one way that ancient adherents of the Bible answered such questions. The Jerusalem Council’s caution in Acts that Gentiles should avoid food sacrificed to idols may indicate another. Because polytheistic religion integrated with all aspects of life, adherents of Second Temple Judaism and early Jewish Christians sought to limit their contact with things “pagan” as much as their respective beliefs allowed. In the next post in this series, we will look at a Homeric figure and user of pharmaka that moves us closer to the traditional concept of the European witch: the bewitching Helen of Troy. 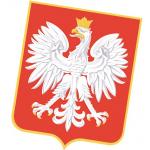 May 11, 2019
Degenerate Democracy- History Makes Our Triumph Inevitable: So We Must Silence You or Risk Failure (1/5)
Next Post

May 13, 2019 A Demon Needs Utopia: Degenerate Democracy 2/5
Browse Our Archives
get the latest updates from
Eidos
and the Patheos
Evangelical
Channel
POPULAR AT PATHEOS Evangelical
1